Humara Movie studios will be kicking off their second annual Wassup Andheri Film Festival this month. Last year’s festival got quite a lot of buzz for the studio’s unique approach towards fostering the growth of unknown filmmakers in India.

The premise is unique. Ten shortlisted candidates will be given a topic for making a film. Those ten filmmakers will be broken up into two groups and mentored by two leading directors in Indian cinema. Last year, the topic was “The girl and the autorickshaw” and the candidates were guided by Imtiaz Ali and Anurag Kashyap. You can catch all those awesome films (which were featured at NJISACF 2012) right here.

For this year, the filmmakers will be mentored by Anurag Basu (Director “Barfi”) and Vikramaditya Motwane (Director “Udaan”). The top two films of the competition will automatically be entered into a top European film festival while the best film will actually secure a theatrical release in India. For more details visit www.humaramovie.com 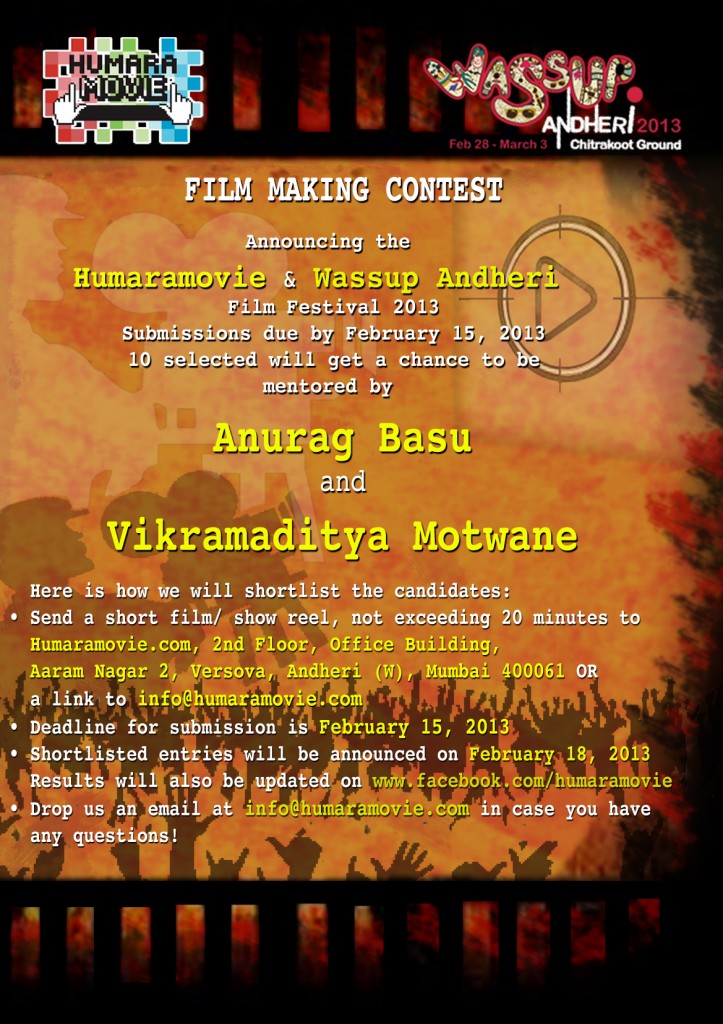