Independent films in India are getting more recognition everyday as more filmmakers refuse to be shackled to the structures of Bollywood’s typical formulas.

But it’s not just Bollywood.

Things are changing in LA LA Land as well, as more television shows and films showcase brown people beyond the stethoscope and taxi cabs. Brown Hollywood is flourishing in ways we haven’t seen before and iiF couldn’t be more pumped. 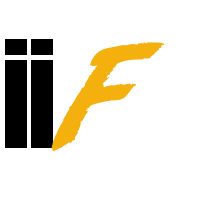 So what do we do?
We basically just watch our favourite stuff, write about it, let others write about it and interview the many folks involved in hopes of spreading the brown love (that sounded better in my head before typing it out).

The definition of independence ranges from DIY to crowd-financed to self-financed studio-free cinema.
And it’s not only the directors. There’s so many people involved and doubling up in so many different capacities along the way.
These voices deserve a platform.
Hopefully we, like the brave filmmakers, can learn something along the way.

Like what you see? Suggestions? Ideas?
Drop us a line at indiaindependentfilms@gmail.com or rahulnoless@gmail.com.

We are devoted to promoting the independent film and television work of South Asians everywhere.