For the love of storytelling

Back in April 2015 I was moving cities, planning to get married by the end of the year and trying to join a start-up after having worked in advertising as a copywriter for 4-5 years. Looking back, I realise that was overambitious. But since I was moving from Mumbai to Delhi where my family was, there was some respite, at least I could get my Mom’s pampering and a roof that didn’t leak during the rains. I remember how I had new found respect for space when I had my room back.

But the start-up experiment is what got me started on the web-series journey. I remember how me and Jim, my friend who co-owned the start-up firm, talked about having a YouTube channel. But we knew that we didn’t want to do sketches, we wanted to build characters and tell a story. Since we knew no one would agree to jump into this madness, we thought of keeping the story about three friends, a girl and two guys; I zeroed in on the girl as my fiancé and the two guys as both of us.

Jim and I know each other from when we were roommates trying to do engineering in 2005. Then I went about doing an MBA and he started this firm, then he went to study Sound Engineering at KM Conservatory and we were back together after 10 years.

I vividly remember this scooter ride from Jim’s house in Chhatarpur to Saket Mall, I was sitting behind and he shared this idea of a girl jumping into the room of a boy’s hostel. And thus began the story called ‘3’. That’s what the series was called then.

Then we got to writing, most of time it was a pain in the bum. And the first time we narrated the first few episodes was to Ashish Rozario, Jim’s co-owner of the firm. Ashish was a creative director at The Outlook magazine before he decided to start his own firm http://mustardtree.in/. 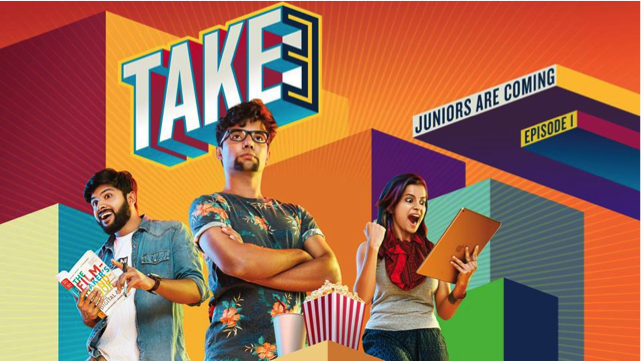 We narrated the story to friends and got mixed reactions. And we (Me, Ashish and Jim) tried to shoot, which was a disaster.

Then in the middle as I got married, went back to advertising and Jim had a baby, but we still had the dream brewing in our hearts.

That’s when we got more friends to help us out, I got a friend who was an Assistant Director in ad films, Simon Jaison, to come help direct and execute the project. We then discussed and felt the need to have an interesting backdrop for their friendship, that’s when the film school angle came in. And ‘3’ became Take 3. A production house in Delhi, Sahib productions, helped us with the editing and getting a crew together. And we somehow shot the first two episodes and edited it by the end of 2016. Jim asked help from a friend in KM, Darshan Shah, who helped us with the background score, and Darshan got a friend Francisco to help with the sound design. So basically, it was after a lot asking for help and favours that we came up with 2 episodes. And we were so paranoid that we tried making a storyboard for every scene for the 30 minutes before shooting.

But we knew we couldn’t ask for favours again, so we began pitching our work to digital media houses to produce the entire series. We went from Viacom to ScoopWhoop to Arre to Dice media to Culture Machine. We were getting a few positive responses but nothing really materialized.

So we knew we had to make our baby walk. This is when we need people who believe in us to come on board.
Eldo, a junior from engineering, became our sound guy, Ashish Rozario took up the edit, music and colour correction. Which meant he learnt a lot before pulling it off. Avinash, another friend and a marine engineer, took care of the production along with Akhilesh, a designer at Jim’s firm. And Avinash’s younger brother, Sandeep, was our DOP, who was already doing cinematography as a professional in Mumbai. 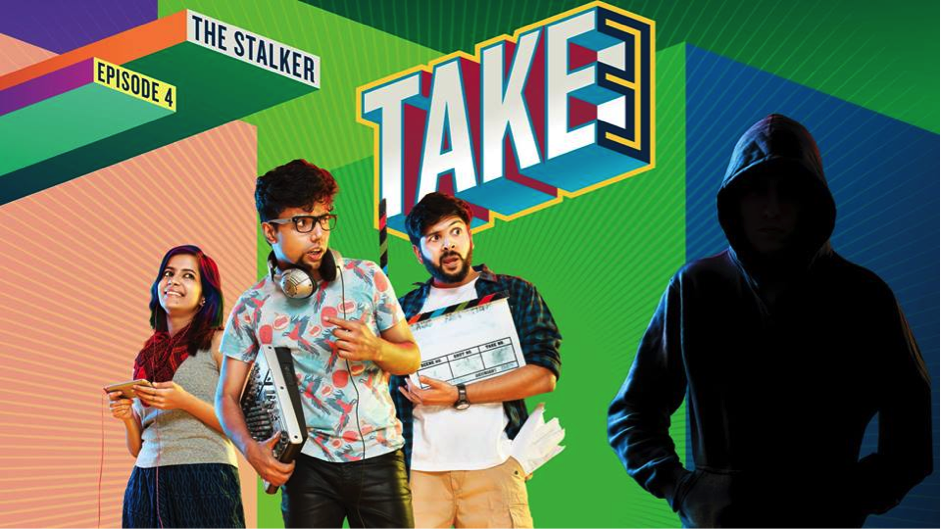 By August 2017 we somehow made the other three episodes as well and finally got a positive response from Sony Liv, and soon we were up on their channel as well.

Here are the 5 truths we realised while trying to make a web series :

1. Writing is to sit and bleed.

Even with two writers, and many associate writers helping out to write a 5-episode web series, we struggled. So we wrote and re-wrote and looking back we can still see the parts, where we could have been way better. Writing is tough, especially when it’s long format like a novel, web/tv series or a feature.
If you are struggling to write something today, don’t worry, we all have to sit and bleed.

Don’t stop.
That’s all that matters.
If you are doing any project that seems impossible, put in the hours.
Believe that you will see the light.
Keep moving ahead, even if it’s one mini-step at a time.

The first time we tried to shoot the first two episodes of the web series.
The lapel mics weren’t working, we lost loads of time.
Three of us were trying to do 10 things.
All that could go wrong, went wrong.
We couldn’t finish the planned shoot.
All that footage couldn’t be used.
And our money went down the drain.
But fortunately it couldn’t block our way.

After that failure we realised we needed help.
We reached out to our friends and colleagues, who gave us their time, talent, hearts and wallets to make it happen.
Film making is a team game.
You need all the players to perform, for the show to even begin.

It has the power to make people feel.
We have heard of a person who watches our show when he is frustrated in office.
We know the many who have loved the silent Dullu, the goofball Tijo, the fiery Sonia and the film buff Niloy. So today if you have a story to tell, no matter how small or big it is, go ahead and make it, many may hate it.
But few may just love it.
Take the chance.

I remember the first time I went to watch a movie on the big screen with my Dad, it was ”Dragon Heart” back in 1996 when I was a 10 year old boy. Just experiencing the Dolby sound when the Dragon flew over my head was quite something. Then in 1997 I remember walking out of the Chanakaya theatre after watching “the Lost World”, I imagined the dinosaurs coming after me at the bus stop that night.

As a kid I was in awe of what a movie did to me, I was in that world for a while. Twenty years later at this stage of my life when I am trying to tell stories and make the second season of a web series, make ads or write a feature, it is like going back to that childhood love. 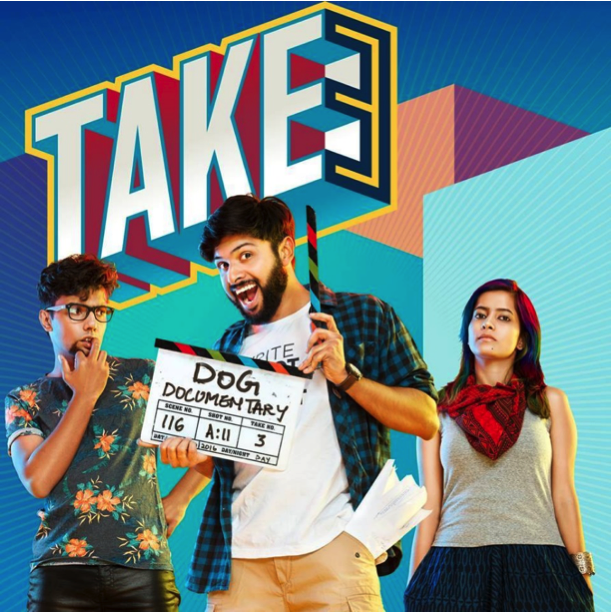 You can view the web-series here: