Ghazaal: The making of a short

Films have always been more than an audio visual means of entertainment for me.  What resonates and stays with me for the longest time after I watch a film is not the plot or the story, but a feeling. What I felt after it ended. If I shut my eyes and try to reminisce about my favourite films, what hits me first is how I felt when I watched it. It’s such a subjective experience that it is difficult to describe in words. After I watched In the mood for love I felt a heart-wrenching pain for a few days, after watching A Separation it felt like the onset of winter and after watching Before Sunrise I felt the need to be patient.

I think that’s what got me into filmmaking in the first place. I wanted to create a feeling that nobody has experienced before. That is something I kept in mind while making Ghazaal. It was crucial for me to ensure that the film is more of an experience than a story.

My name is Ragini Bhasin and I am a filmmaker born and raised in New Delhi, currently residing in LA. I am the director and writer of the short film Ghazaal,  a slice of life film revolving around a 13-year-old Afghan refugee who experiences her period in a Turkish refugee camp and hustles around to make ends meet. With the ongoing refugee crisis displacing millions of people and separating families, I wanted to tell the story of a young girl who is unable to make her regular day as she is stuck in harsh circumstances. 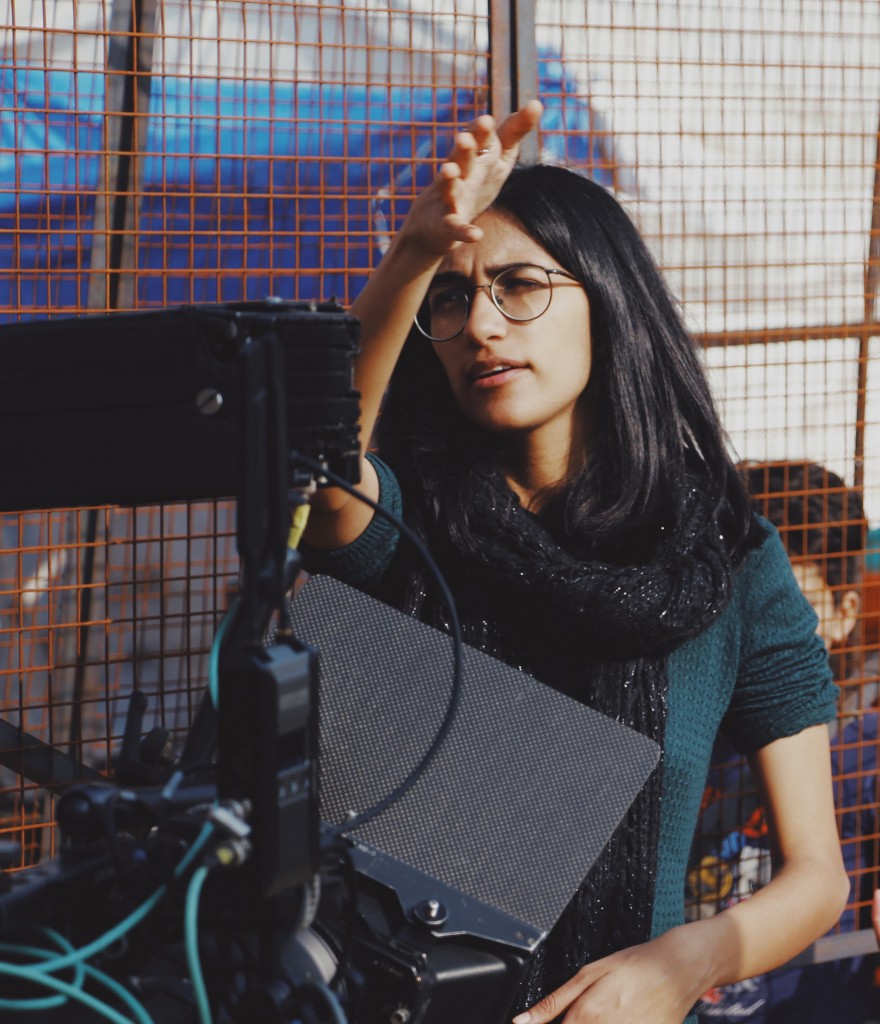 Ghazaal is a film about how a simple necessity turns into a luxury for a survivor of war. What amazes me to date is that a life situation so unfathomable for a lot of us privileged people is the reality turned into normalcy for millions. Such topics really touch me as one of the existential questions I often ask myself is why was I born where I was born.

I developed the film in the prestigious Aotearoa short film lab in New Zealand in March 2018. For research purposes, I visited and volunteered at a few refugee camps in Lesvos, Greece where I  interviewed women who told me that there weren’t any feminine hygiene products available at the camps and the store products weren’t affordable. Thus, they wrapped socks and old rags in their underwear during their period. I realized that something I take for granted was an absolute luxury for them. The research at the camps really helped me stay true to the setting, the story, and the characters of the film. 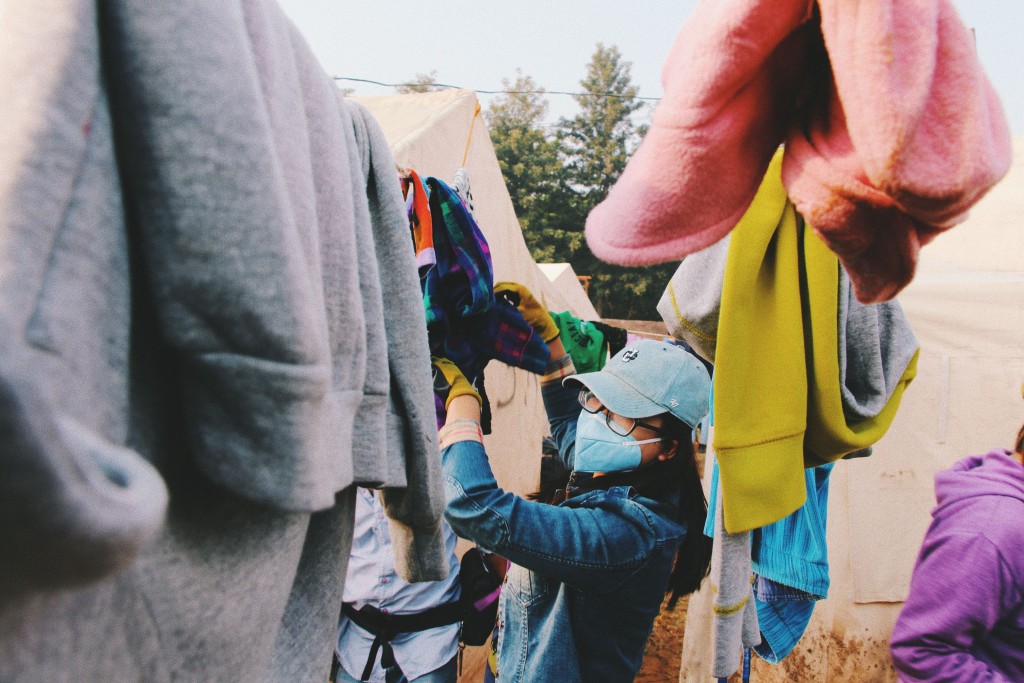 As we got close to production, I decided to shoot it close to my hometown in India, as there are plenty of Afghan refugees residing there. A big fan of portraying drama in the most undramatic way, I was fortunate enough to work with non-actors and children who were fluent in Dari. That was undoubtedly the most special part about the entire experience as they were the most enthusiastic and kind people I have ever worked with. The kids in the film were determined to have fun and we mostly improvised the scenes to bring out the rapport and candour they shared offset. One of my most favourite moments during production was when a kid who was a background actor and not a part of the scene that we were currently shooting walked up to me and said in the most innocent way, “I’m going to give you one last take and then I have to go and play in the other lawn.” He was absolutely unaware of the camera and didn’t know that his scene had ended, as he didn’t know what the word ‘cut’ meant in film lingo. 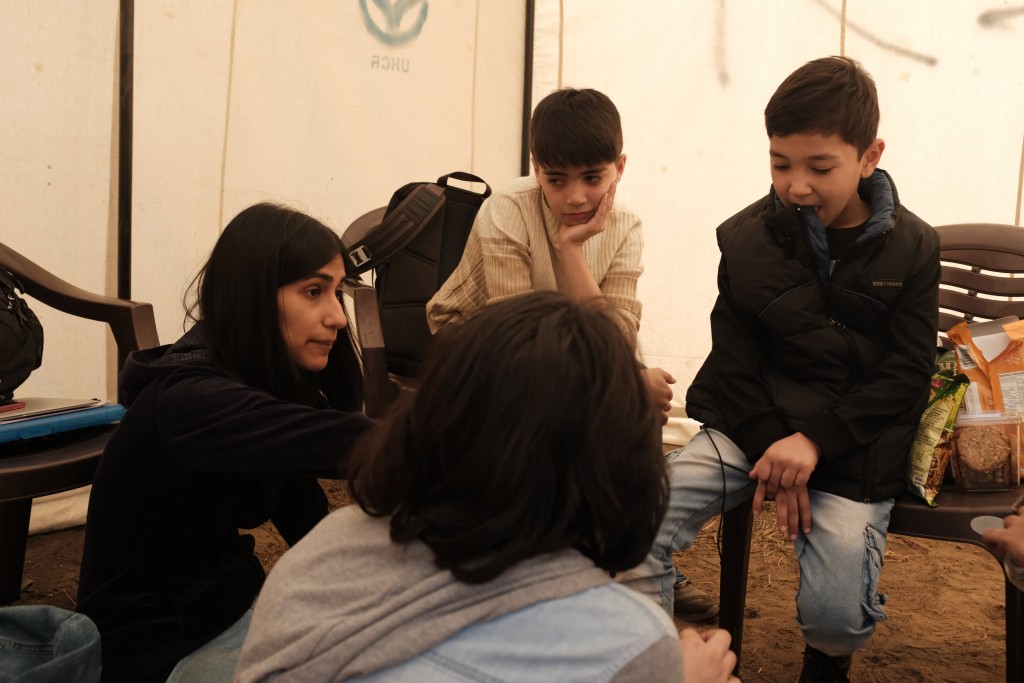 On the production side of things, we built the refugee camp from scratch on barren land. Again, as lucky as I could get, I happened to know someone who owned the ashram and permitted us to live there for 10 days. So the entire crew and cast stayed together during the shoot. To be honest, I am very proud of what my team accomplished with the given resources and time. We bought around 20 tents, and a lot of props that were obsolete. However, we were very conscious of every single thing that was shown in the frame as we wanted it to be as realistic as possible. So even the plastic bottles that you see lying on the ground were mostly without labels as in the camps every family living in a tent had a few bottles with them which they refilled regularly. They lasted so long that with normal wear and tear the labels would come off. This is just an example of how careful we had to be with even those props that were not directly used by the characters but were somewhere in the background.

After the shoot, we spent around 4 months in post-production. The original script was different from the final film and we cut off one of the main characters: a 40-year-old woman who is like a motherly figure to Ghazaal in the climax of the film. I felt that the character was redundant and weakened Ghazaal’s journey. So the climax that you watch now was a shot right in the middle of the film. Also, the specific shot was, in reality, a mistake. The lead character was not supposed to smile but when a dog passed by her she couldn’t control her laugh. Thankfully it worked well because her smiling, in the end, is the key visual element to demonstrate how she feels about her entire journey.

I am glad that the film is going places and I hope that whoever watches the film feels something that lasts with them even after the credits roll. 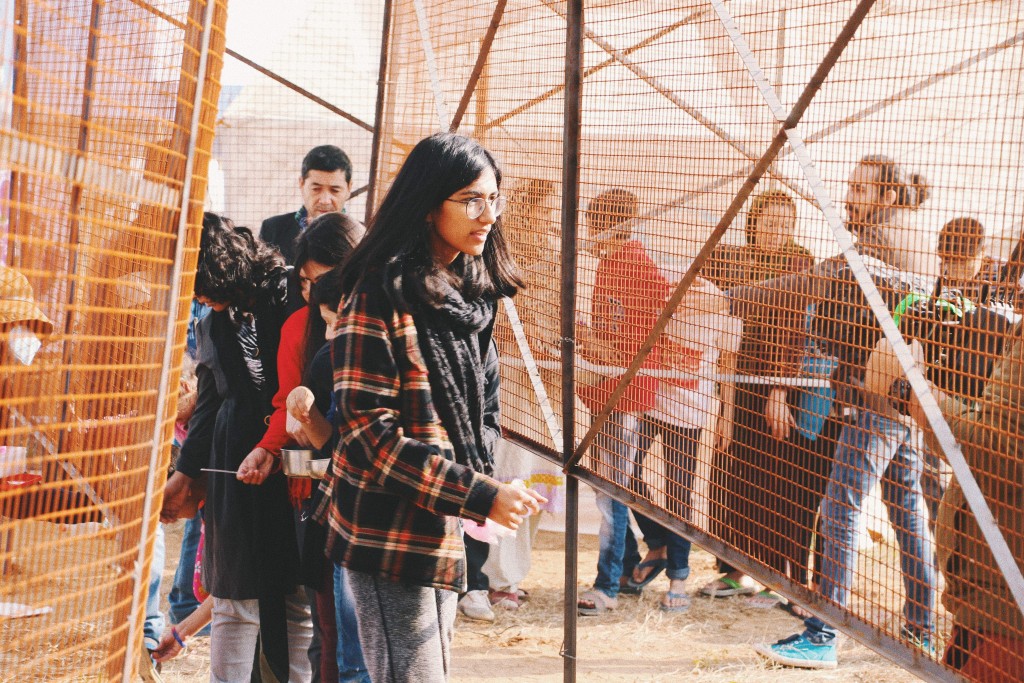