I broke my kitchen knife on Monday afternoon. It’s been five days now. I didn’t hurt myself. But I don’t have a functioning knife at home anymore. It has turned out to be a bigger problem than I expected because a knife isn’t a part of the ‘essential’ grocery items. I have made calls; I have traveled on foot to all the shops around my house, but none of them have a knife to sell. Each day ends with me feeling sad and dejected, also loosely dreaming about a knife with sharp edges. I haven’t told my parents that I am having this breakdown because I am miles away from them and I don’t want to add to their worries. I don’t want them to know that I have been surviving on Oreo biscuits for five days now. My mother had taught me how to make daal (lentils) just 10 days back. It was a glorious night and I posted photos of the self-cooked daal and rotis all over Instagram, Twitter, and Linkedin. It was a big deal for me as, for the first time, I had cooked something other than maggi or scrambled eggs. Werner Herzog once said that cooking is the only alternative to filmmaking and every man must know how to cook a meal for himself. I felt like a full grown man that day. But the fairytale was short-lived and it ended this Monday afternoon.

Sure, I could have asked my neighbours to lend me their knife. But, for those who might have missed news, there is this small little virus outbreak on the planet where I reside, which has infected more than 2 million people, and killed more than 130,000 people. So I don’t want the ‘Contagion’ soundtrack to play every time I use my neighbour’s knife to chop onions off. And that is why using a borrowed knife is out of question right now.

The anxiety because of the knife-less life is real. I am reminded of a scene from Chris Kelly’s ‘Other People’. In that film, David, played by Jesse Plemons, has everything going wrong in his life. His mother is dying (cancer), his boyfriend breaks up with him, his writing career isn’t going well, and he has just been on an extremely bad Grindr date. On his way back home, he has to buy a few things from a grocery store. He gets toilet papers, medicines, and now he is looking for laxatives. He knows where they are supposed to be, but is unable to spot them. It’s a small thing but the frustration adds on. He panics, tries to name every item on the aisle, hoping he would spot them, but again, no luck. At one point David screams, “What the fuck? Where is it? I am a fucking good person. Where are the laxatives?”. He breaks down and lays down on the floor, crying. The scene doesn’t end until we see the shopkeeper come to help him and reveal that they were right in front of him. 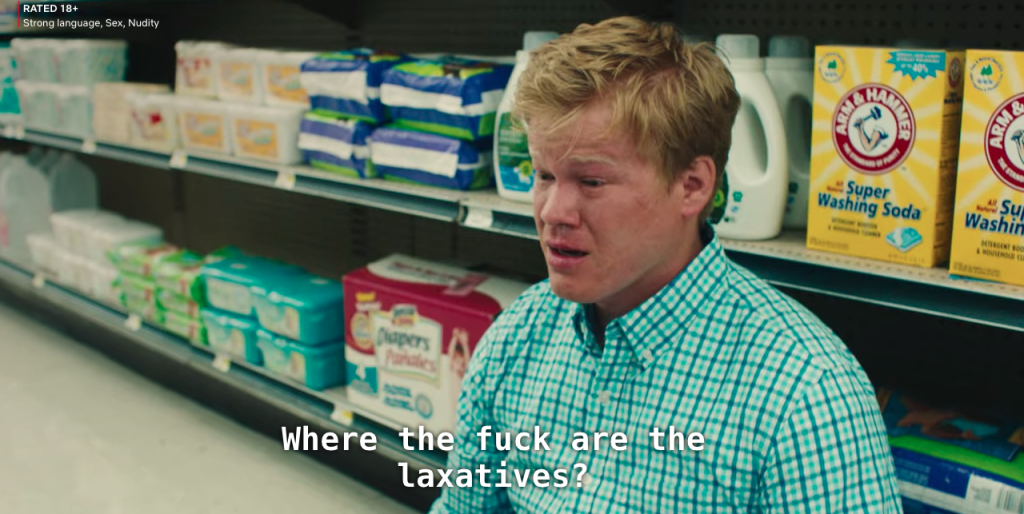 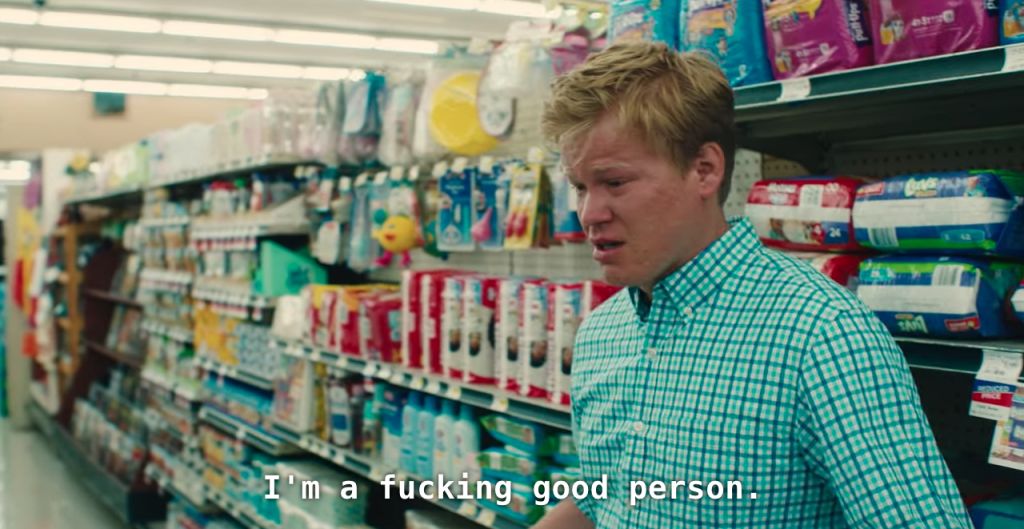 It’s interesting how little I had appreciated fully functional machines until quarantine began. Broken knife is not my only problem. I also broke the charger of my laptop. And it stopped working right when I had a zoom call to record with a guest for my Youtube channel. The timing couldn’t have been better for a panic attack. But I think I handled the situation well and went running to every flat in the society, wearing a mask and looking for the old 2012 macbook charger. After banging seven doors, I found an uncle on the second floor who had the same charger as mine. It was a narrow escape but I somehow made it on time for the call.

Even though things were momentarily well that night, I can tell my laptop is living its final days. It, at least, looks stage four to me. And it will bid farewell to me sometime very soon. It keeps giving me these hints that it can’t take it anymore. I am overloading it so much right now that it makes me feel guilty. I whisper sorry to it before every live stream, and every game of Counter Strike. Its skin burns when I make it do all this but, what choice do I have? It’s day 29. And it’s my only companion.

There is another scene in ‘Other People’, where David’s family is sitting together for a very uncomfortable yet important conversation with his mother. It’s a conversation about how she would want to have her funeral – would it be cremation or a burial. Would she want organs to be donated or not. To which she replies, “Who the fuck would want my organs? My organs have tumour written all over them.” I think I would need to have the same conversation with my laptop soon. Would it be a hardware store or OLX. I just hope, unlike the knife, it doesn’t go ‘Sorry, Dave’ on me.

Broken knife, and a dying laptop, are just a part of how my life looks right now. My sleep cycle is all over the place. My beard annoys me. There are pigeons making love outside my window every morning. And I have no energy.

Being an extrovert, I haven’t taken it well. And I have become reclusive and repulsive in a very weird way. I have stopped picking up calls. I mostly respond to people post midnight, when they are not online. I don’t want to have instant chats with anyone these days. It can get tricky because when I am chasing people – for work or otherwise – it hurts when you see them online and when they don’t reply to you. I am doing the same to a lot of people right now. It’s also interesting how all the people I have successfully tried not to talk to are calling me in lockdown. Sure, the pandemic gave people a chance to introspect, but I am in no mood to give my ex-friends, or ex-girlfriends the redemption that they are trying to seek by asking me if I have been doing good. No way. I have bigger problems to deal with. A broken knife and dying laptop, for instance. It’s these small things that are getting to me.

I hope it gets better though. And I am not asking for much. I just want a functioning knife and a functioning laptop to get through the pandemic. As much as I should, I am not making any prayers for the world. I am making prayers for myself. Because I think I am a good person.