Notes from an Ethno-indie Filmmaker

“Malayalam Cinema is to India what Iranian Cinema is to the world.” One of our recent interviewees, Hardik Mehta, made this remark while describing the richness of the regional Indian film-scape. In spite of being half a Malayalee, my north Indian upbringing has insulated me from anything Malayalee (besides appams and stew!)

Watching the commercially successful indie, Angamaly Diaries, at the Dharamshala International Film Festival left me awestruck, wondering: “How have I not heard of this town Angamaly before?”

Angamaly Diaries is an eccentric ethno-narrative you can’t afford to miss. It redefines “slice of life” cinema in India, with its recurring chops and churns that leave you startled yet mesmerised.

Here, I catch up with its soft-spoken director, Lijo Jose Pellissery, to learn more about his intriguing film. 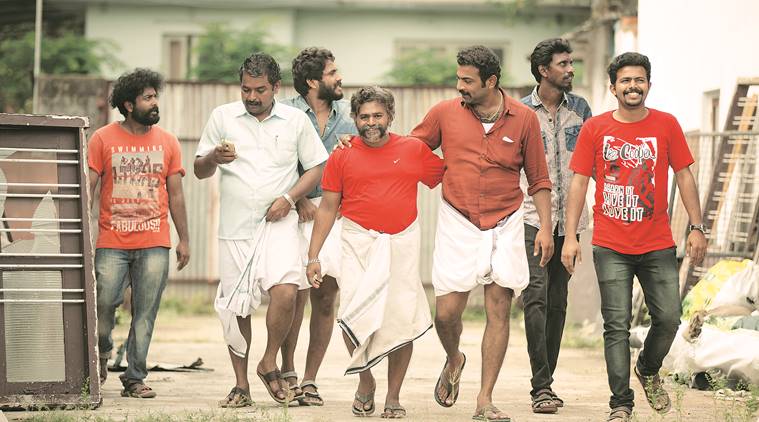 How did you end up shooting ‘Angamaly Diaries’?

LJP: It’s been written by my friend and actor, Chemban Vinod, who hails from Angamali. Initially, it was a huge script. There was a lot of material that had to be edited and changed. Initially, the backdrop was the Land Mafia instead of pork business. The context and setting had to be changed. Chemban was supposed to direct the film but it was taking time and he was not prepared to do it. So it came back to me. It was all spontaneous, no formalities. We did have major auditions, as casting for the right character played a huge role. The film took about 42 days to shoot. It was shot in and around Angamaly. We went all out as everyone in the film was a new actor.

Why Angamaly in particular?

Kerala has a diverse food culture. If you haven’t been to Angamaly or visited, you’d never know about how dominant the pork business culture is. It’s tough to believe. The dynamics of the town were new information to me too.

It’s a really strong culture that has almost every single household involved in the pork business. The entire town thrives on it. The ‘mix and match’ food culture is unique. We made sure we captured that in the opening sequence, and then throughout the film. It’s been shot in a way that allows the audience to literally feel the aroma of it. 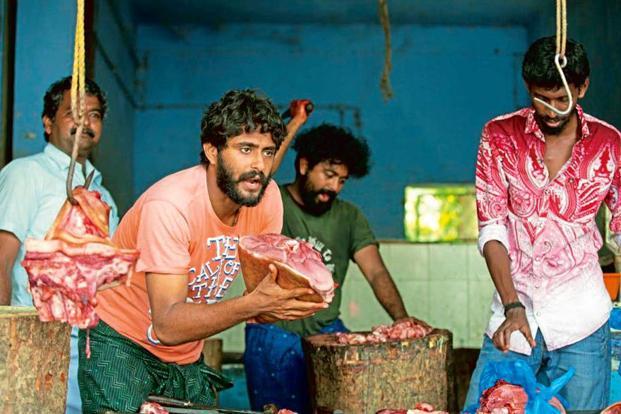 It released in March 2017 and was a commercial success. What is it doing at a film festival in North India in November? Is it because you can’t risk a pan-Indian release of a film with such visuals of pork?

See, these films have a limited lease. It was a hit in Kerela and it did have a pan-India release. In fact we released it almost simultaneously. If you really ask me, Kerela is a very small state. People speaking and understanding Malayalam are few. It needs to release at places where the audience gets it. Fortunately it has got its share of attention. Nowadays, cinema travels far and wide. Be it regional and global cinema, there is more accessibility and reach.
We really had no festival plan. Busan got to know about it, so it was part of the line-up. Same with DIFF. Yes, it does have some visuals that might be disturbing, but we’ve kept it minimal without compromising on its authenticity. I believe when you watch a film like this, you don’t have to strain yourself to think of its philosophy or what you call its ‘Big Bang theory’.

This is your fifth film. How’s the journey been so far?

Well, I’ve had my fair share of ups and downs, and in intervals. When I made my first film, I had to face major financial hassles, so it took three to four years to make. My first two films were major flops. The third film, Amen, was a huge hit followed by a flop. And then the success of Angamaly Diaries. It’s all part of the game. I haven’t been following a formula while making my films.

How did you become a filmmaker?

How did I get into films, why do I make films – I think I’m still answering those questions? I suppose I grew up in a conducive environment. My dad ran a theatre group, my grandfather was a film fanatic. Summer vacations meant one film every day – no particular genre – mostly Malayalam cinema. Very few Hindi films; something like a Sholay would release in Kerela. The parallel cinema movement didn’t happen while I was growing up. When I was in 10th standard, I wanted to assist someone. My dad’s advice was to finish my degree and PG. I hold a BBM and a post-graduate degree in Management, in case that interests you. Then I started as a trainee copywriter in Bangalore. Around 2007-08, I made a couple of short films – one was a finalist for a Sony Pix competition titled ‘3’. I doubt it’s available. The other was called The Game, a 4-minute film with kids. And then I moved onto feature filmmaking.

What makes you want to make films?

I hear you have a new film coming out.

Yes, this one is set in a coastal village. This one has the Angamali Director, Chemban Vinod, as an actor. It’s a dark comedy about a funeral going wrong. It’s called eee.ma.yu (Malayalam for RIP).