Film Criticism: An Art for an Art 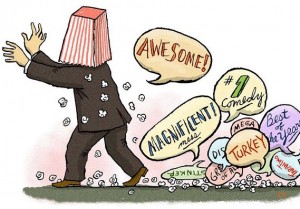 “In many ways, the work of a critic is easy. We risk very little, yet enjoy a position over those who offer up their work and their selves to our judgment. We thrive on negative criticism, which is fun to write and to read. But the bitter truth we critics must face, is that in the grand scheme of things, the average piece of junk is probably more meaningful than our criticism designating it so. But there are times when a critic truly risks something, and that is in the discovery and defense of the *new*. The world is often unkind to new talent, new creations. The new needs friends.”
Food critic Anton Ego, in his deep introspective baritone, waxes humble about criticism in Pixar’s ‘Ratatouille’.

His words suggest that critics simply judge art forms – artist whisperers of sorts – and because there’s nobody to judge their own craft, theirs is not an art form. And they are not artists.

Every Friday, I inwardly curse the world and its mother that I’m a film critic. Several things make me frustrated. I spend more than two days relentlessly watching preview screenings of every upcoming movie – at times, three in a row on a single day. And then I spend its long, silent nights writing about these films – sometimes, when I don’t really feel like, and often, till dawn. And to top it all off, after I eagerly post the painstakingly compiled reviews online, they’re read, consumed and perhaps forgotten in less than five minutes. They become just a tiny portion of somebody’s day, forever relegated to the dark confines of digital hell.

And that’s the shelf-life of every tiny piece of art these days, I tell myself, and proceed to the next week, hoping that I bring in more readers, hoping that I write better.

Every Thursday, I thank my lucky stars that I’m a film critic; that I have the license to create while writing about another art form; that it’s legal and accepted as a way of life. Late on a Thursday night, after I finish compiling – struggling, editing, striking, sighing, wrestling and invoking – a review of a film perhaps nobody will watch, I feel a certain sense of gratitude. Here, I get to create, and finish one or two or three of these creations every week, instead of having to wait several months to see my work attain fruition. For those few hours, it’s like being underwater, in a zone where no noise, deadlines and pressure exist. It’s just me, and my memories of the film, and my interpretations of it; a very intimate relationship, where I compel myself to find a train of thought, meaning, or a lack of both, in what I’ve seen. However bad or good they are, for those few hours, we’re the closest companions in the world.

And then, I move on.

Therefore, the magnitude of success and happiness is also short lived, as is the crushing sense of disappointment – if a review isn’t well received or understood. Success is subjective (and non-existent), which means that failure is relative. My greatest fear, however, is that I wake up one morning and realize that I’ve forgotten how to review films – or rather, how to write. But then, that’s the thing about sitting down and grappling with the limitless possibilities of this craft. Every time I watch a movie and come back home, and open an empty word document, I start from zero.
In that moment, I’ve forgotten how to write, till I write that first word. Till I form that first sentence.

Every week, I start from scratch, prepared to build my reputation and career over a few hours – all over again, again and again.

This profession affords me the luxury of a fast creative turnover – and instant weekly gratification. I feel vindicated, thrilled, satisfied and euphoric as soon as I write the final word of my essay – the way every writer, artist and creator feels after finishing his or her labour of love, however big or small. This rush, this heady feeling, is incomparable. It’s perhaps on a smaller scale, but it can still be appreciated as much. It can still appeal to readers as much as 3-hour movies and well-written books do. It is here that I feel ridiculously optimistic and alive. No – it’s not just another column, it’s a dissection and analysis I’ve destroyed brain cells for. Or even grown new ones for.
It is at the end that I feel like I’ve created something out of nothing, and for a brief moment, I admire this creation. I start with zero, and relinquish my powers by dawn, like a prince turning into a pauper again. I think about how much effort I’ve put into something that could seem insignificant in hindsight. I don’t worry about whether it will be accepted, or admired or panned. I let feelings of relief and accomplishment wash over me.
And then, I sleep. All the hard truths hit me the next morning, and the whole cycle is repeated the next week. And the next. 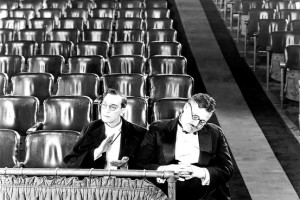 I write about as many films as possible, not because I feel a responsibility to guide the movie-watching audience, and definitely not because it’s my job. Yes, I love the movies, and I love everything about it.
But my reason is a more selfish one: I love to create. I love to feel, and explore various truths and opinions while creating. I love to string together words and sentences, and then give – or find – meaning to it. I love to have the opportunity to sound serious, and to sound smart. There is much to learn about yourself, even when you pan a bad film. There’s even more to learn when you praise a wonderful film. You think in ways you didn’t know you could, and you create words and phrases to describe other words and phrases.

Film criticism, like many forms of journalism, depends solely on the existence of other works of art. Without films, there can be no reviews. But that doesn’t make it a lesser form, or a less original form of writing. Originality is an ambiguous term to use for reviews, but I wouldn’t call this craft an entirely derivative one.

Everything that any artist ever creates is a result of something else. The first and only truly original form of art is perhaps the conception, creation, and existence of this universe – of its sand, water, trees and skies. Authors depend on experiences and opinions, painters depend on vision and imagery, photographers depend on the physical nature of their subjects, musicians depend on the sounds they’ve heard in order to identify and choose good sounds, and filmmakers depend on stories derived from the world around them. Journalists, of course, rely on a more immediate form – of events, happenings, trends and cultures existing in a particular frame of time.

In a way, critics are the most prolific creators of their time; the effectiveness and legacy of their craft depends on their constant ability to explore and expose themselves a little more with each piece. At the end of our careers, when you put all these pieces together, maybe – just maybe – we aren’t total strangers anymore. And maybe, we’re more than just a voice or face or byline. Maybe, you’ve made a new friend without meeting us, and maybe, we’re the most familiar storytellers you will know.

And just because we write about a medium traditionally tied to escapism and fluff, it doesn’t make our writing escapist and fluffy. Just because our columns are routinely found in the ‘entertainment’ section of a publication, we don’t write to entertain. We write to educate, and to make you feel or understand what we feel. This is far more than entertainment. It is cultural, personal, political, significant, insignificant, intimate, disconnected, social and opinionated – all at once.
I’ve seen better writing, instincts and powers of deduction in reviews than in films or novels – because they’re always connected to a definite subject, and far more focused on a single purpose. One can’t drift too far without coming back to the film. There are more chances of connecting with the reader and echo their line of thinking, and let them relate to it, in a review of a 2-hour movie than a 500-page novel.
On the flip side, the great pieces of critique are never mentioned in context of the original voice behind it (“Did you read Ebert’s ‘Blade Runner’ review”, “AO Scott’s ‘Whiplash’ piece is his finest…”)

This is perhaps why it doesn’t surprise me to see that there are rarely any awards – or ceremonies of formal acknowledgment – for specialist critics. I’ve rarely heard of an independent ‘best film critic’ category in a film festival or at the Filmfare awards or at the Oscars. Often, it’s treated as part of the whole, a subset of ‘film journalism’ sections (a rarity on its own), where everything from interviews to features to previews to reviews bundle together for attention under one umbrella.
Perhaps that makes sense, but it’s not often you’re going to find a film review winning a major literary award. This isn’t because they’re not good enough. It’s because they’re everywhere; this lack of exclusivity often convinces people that – because everyone watches and likes movies – everyone can write about it, which in turn results in an overall diminished degree of confidence and competence. But opinions are not the same as reviews, and showboating isn’t the same as analysis. Even if everyone can do it, not many can give themselves so unconditionally and wholeheartedly as true critics. Not everyone can come back week after week with nothing on their plate, willing to absorb, learn and contemplate in order to create.

And I suppose, till this is the case, my moments of soaring joy and acceptance and self-appreciation will be limited to Thursday nights. The day I feel relief instead of importance and pride, I’ll know I’m done.
And I know I’d be just another guy with an opinion.