Seeing the world through the Ozu-Flaubert lens

Whether the French novelist Gustave Flaubert lives in the collective Indian conscience solely through the Shah Rukh Khan-and-Deepa Sahi-starrer Maya Memsaab (1993) is an interesting subject for research since the film is probably the only Indian adaptation of a Flaubert novel till date. For anyone who has read Flaubert, seeing his observations and dialectics play themselves out in everyday life – even if one does not find oneself amidst the towering steeples of Paris or the historical monuments of Normandy – takes little-to-no effort. It is, however, in the filmography of a Japanese modernist filmmaker of the mid-twentieth century – Yasujiro Ozu – that the essence of Flaubert’s narrative style is truly reflected; compelling the Ozu-viewer to parallelly read a Madame Bovary or Sentimental Education and the Flaubert-reader to watch a Tokyo Story (1953) or Floating Weeds (1959); developing in them an appreciation of the breadth of our societies; through a mechanism that I have rather lazily dubbed “the Ozu-Flaubert lens”.

Honest societal representations in storytelling tend to be broad in their scope. The often-painful co-existence of a multitude of layers that touch people in every societal rung is precisely what draws us to films like Yamada Yoji’s Home From The Sea (1993) or the more recent Mubansou (2016) directed by Hitoshi Yazaki. The former captures the increasing tussle between large, city-based corporations and the then-diminishing islander occupations of rural Japan; while the latter is a seminal commentary on the struggles of living as an LGBTQ person in the Japan of the late 1960s. However, a lot of viewers of the day would rather describe Yoji’s film as being representative of the urbanization of the rural Japanese; and Yazaki’s as capturing the student protests that shook Japan in the years 1968-1969. The overall reception of these films reflects more than a mere divulgence of opinions; it is representative of the sheer scope and breadth of our societies. 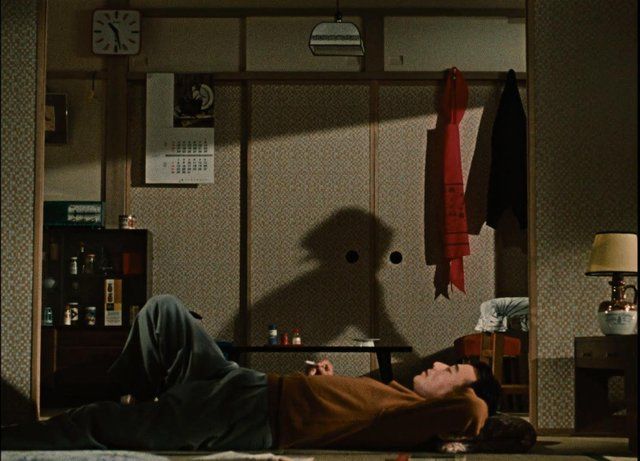 Ozu and Flaubert can be credited for formulating their own lexica of storytelling to capture this breadth. They probably realised somewhere along the way that their stories, regardless of their unending scopes, had to be orderly and aesthetic. How storytellers encompass this breadth and whether they choose to temper it with a semblance of order has been, for me, an interesting note-taking exercise while watching/reading societal commentaries. In Ozu’s montages and Flaubert’s passages is revealed an order in the most stretched and malleable sense of the word; that is to say, uniform only in limited ways, but eternally omnipresent so as to be recognized as a pattern and given a name by future film and literature enthusiasts. These names, though, – le mot juste, the Tatami shot – seem impotent to an audience accustomed to the Ozu-Flaubert lens that is used to seeing them in conjunction. Flaubert, as is well-known, literally built a lexicon of his own. Here is how he defines “order” in his Dictionary of Received Ideas: “Oh, the crimes we commit in your name!” he says, quoting a verse from a Manon Roland poem on liberty. Another interesting definition is that of an “orchestra”: “(The) image of the society: everyone does their part, and there is one conductor.” It is true that Flaubert’s craft lacked the tools required to order his oeuvre with an Ozuian exactitude; but his order was nonetheless tethered in the solid foundation of words and their limited yet varying dimensions of meaning; that he imposed on an orchestra-like society of which he was the conductor.

Was Ozu’s conception of the society at large as broad and clear as Flaubert’s idea of an orchestra with a single conductor? The director’s work, I think, speaks volumes about the elaborate terms in which he thought about his world. I’d go a step further – not only was Ozu’s conception clear, but also a lot more orderly. Ozu’s films are punctuated with frames that could be standalone ambassadors of elliptical storytelling. One is forced to consider whether they exist only to serve the singular objective of drawing the viewer – in whose memories his famous pillow shots are now etched for life – back to the film at a later date; an effect that Flaubert’s poetic passages have had on many, including myself. So natural do Ozu’s colour compositions look on screen that they often seem rather coincidental, given the geographical journeys that his characters take. They effortlessly blend into the Japan that probably did not – and does not – exist but within the borders of his 50mm lens. His films are imbued with an order that is imposing, structured, even geometrical; replete with characters envisaged as mere extensions of their immediate surroundings. 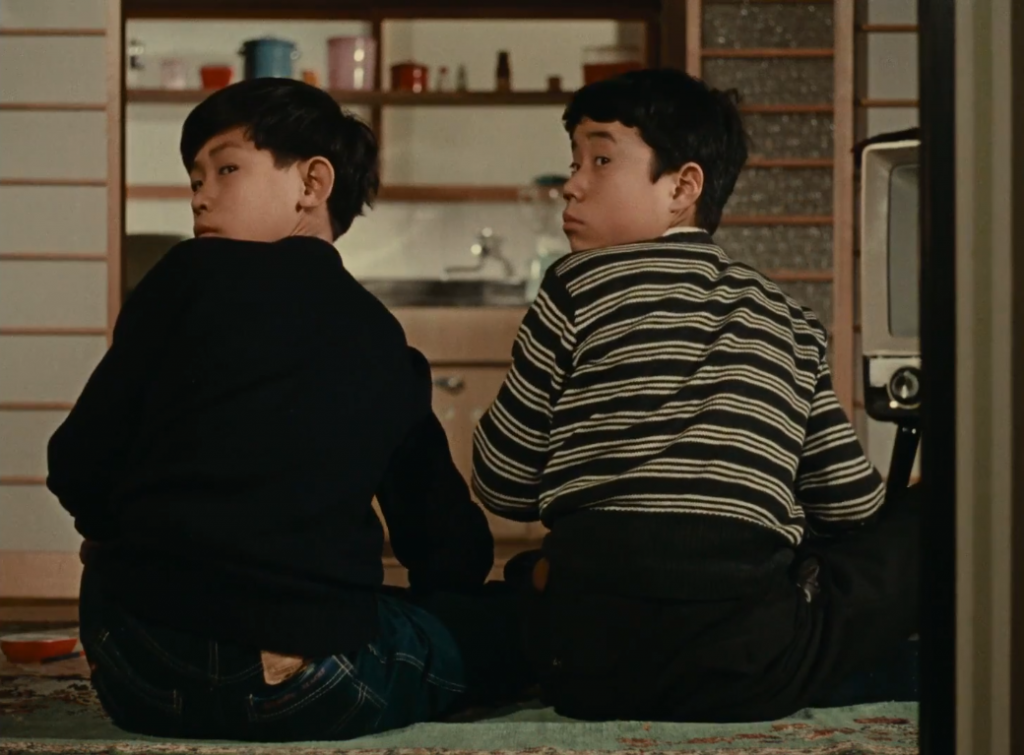 “Perfection”, to me, is too adulterated a term; which is why I choose to characterize the two storytellers as forever chasing a certain ideal of order in their works. Flaubert’s letters to his girlfriend Louise Colet tell us a great deal about his almost-delirious obsession with order. “I began my novel last night,” he says in a letter to Louise in September 1851 after beginning Madame Bovary, “I now foresee difficulties of style, and they terrify me (…)” only to add, a month later: “I suffer from stylistic abscesses; and sentences keep itching without coming to a head.” In a letter to Colet in June of 1853, Flaubert further articulates his internal struggle to render his novel orderly: “It is so easy to chatter about the Beautiful. But it takes more genius to say, in proper style: Close the door or He wanted to sleep.” In Ozu’s case, the photographs of his sets for Late Autumn (1960) and An Autumn Afternoon (1962) at the National Film Center in Tokyo are testaments to the director’s fastidious approach to his craft. Ozu’s almost ritualistic obsession with order was revealed in all its glory on his customary “set decoration days” before his shoots; when he would obsess over the colour compositions of his frame for hours on end, over the placement of props within the frame, and paint characters on signboards himself if he felt the need.

The Ozu-Flaubert lens probably expedites the germination of an acceptance that all of us develop as we age – the acceptance of the breadth of our societies. It contextualizes contradictions; and makes us more accepting of the breadth of individuals. Before you realise it, the Ozu-Flaubert lens turns you into a melancholic Ozu or Flaubert character; to whom those viral tweets comparing two contradictory opinions of a celebrity are not as appealing anymore; whose conception of the other begins with the self as the point of departure, and in whose eyes, there is an inherent order – and, dare I say, Beauty – to be found in the most chaotic of societies.