In Cheepatakadumpa, Devashish Makhija’s new short film circling across film festivals in India, we are introduced to a surrealist narrative of female friendship, sexual orientation, and emancipation in an easy, unassuming, light-hearted manner that is quite the contrast to Makhija’s previous cinema.

The story involves three friends. Santo and Teja (Bhumika Dube and Ipshita Chakraborty Singh) are images of modern, sexually active urban women. While one does not shy away from having an orgasm on a ride in an amusement park, the other is busy scheduling a couple of hours of sexual intercourse with a married man with two kids.

Soon they meet their friend Tamanna (Annapurna Soni), a woman hidden behind a burqa; married, and too shy to even speak the word “sex” in front of her friends. Together, these three friends go on a rarely discussed, and often poorly depicted coming-of-age journey. Santi and Teja take it upon themselves to introduce their naïve friend to the joys of orgasm. 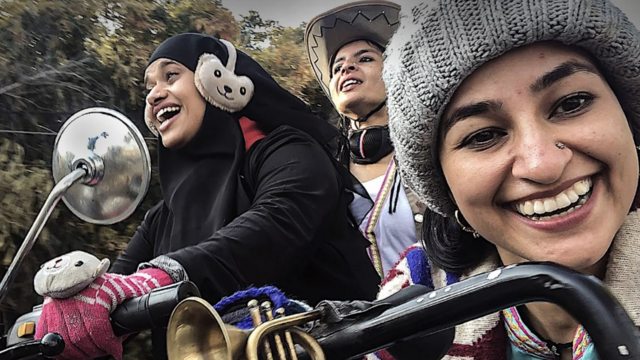 What makes Cheepatakadumpa stand out from other films that attempt to explore women sexuality is the fact that the writing here remains light-hearted, almost assuming this to be a conversation so natural, so undeserving of the shrouded nature of its existence in the real world, that the film reflects it as nothing but three friends having a good time.

Makhija masks this film as a buddy drama but also shows how the truth is still warped by a sense of mischief that many may call a prophecy of the invisible evil. He conveys his point poignantly, but also with ease, making the audience smile at the innocent emancipation of Tamanna as the film nears the end credits. After all, few things give us more joy than a complete, unrestricted acceptance of our own body and the magic it entails under the garb of normalcy.

[Read the author’s work on his blog here]