By Pankaj Sachdeva
Game Over is an innovative psychological thriller film directed by Ashwin Saravanan. Written by Kaavya Ramkumar along with Ashwin, the film has been shot simultaneously in Tamil and Telugu and dubbed in Hindi. The film is the story of Swapna (Taapsee Pannu), a gamer living in Gurgaon with her caretaker Kalamma (Vinodhini Vaidyanathan). Swapna is dealing with mental health issues after a traumatizing incident. She is scared of the dark, and as the anniversary of the incident approaches, she becomes suicidal. A tattoo on her arm comes to her rescue, warning her of the intruder(s) lurking around to kill her. Swapna decides to fight them instead of giving it up easily.

Game Over is about the persistent trauma that sexually assaulted women have to deal with in their lives later after the incident. The film uses tattoos as an allegory for the permanence of this trauma. Like tattoos, the emotional scars of the incident continue to disturb women for a long time. The tattoo studio is interestingly named ‘Immortal Inks’, representing the enduring emotional turbulence faced by women. At an earlier point, the psychiatrist diagnoses Swapna to be suffering from an anniversary reaction where he mentions that her subconscious mind automatically triggers memories of the past traumatic incidents. The incident never really goes away completely and remains imprinted in the minds. It is there in the subconscious of women all their life. At another stage, two boys identify Swapna from one of the explicit videos on the internet, again suggesting that like things remain on the internet for a long time, the trauma is also experienced for a long time.

The film sends out the message to women to never give it up and to continue to fight. Amrutha (Sanchana Natarajan) suffered from multiple cancer relapses but she never gave up. She organized support groups for people suffering from cancer and inspired them to hope. Her mother visits Swapna and gives her a card that says, “We all have two lives, the second one starts when we realize we only have one. Fight like a girl.” These instill in Swapna the will to fight. Swapna’s tattoo that contained Amrutha’s ashes forges a bond between the two where they have gone through similar situations in life. A part of Amrutha is with Swapna and warns her of the potential dangers to her life. There is also the character of Kalamma who is like a mother to Swapna. She is there for her always, unlike her real parents who are absent from her life. Women in the film support each other by their physical and their metaphysical presence. The last film that showed this bond between women was Suresh Triveni’s delightful Tumhari Sulu that acknowledged working women from all walks of life supporting each other and giving them wings of ambition. “Main kar sakti hai,” became the mantra for women like Sulu (Vidya Balan) who needed an opportunity to fly. 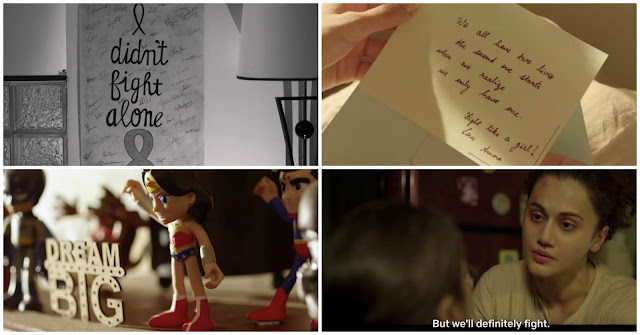 A poster in Swapna’s room reads, “What if life is a video game and déjà-vu are just checkpoints.” Later, it becomes clear that Swapna’s life is also playing like a video game. All through the film, Swapna is playing Pac-Man, a popular game, in which the player navigates the character Pac-Man through a maze filled with Pac-Dots while protecting it from the multi-colored characters called ghosts. Pac-Man has three lives after which the game is over. The version of the game that Swapna plays has three ghosts. In the second half of the film, Swapna becomes the Pac-Man trying to protect herself from the three masked men who could be called ghosts. She gets three lives as well, signified by the tattoos on her arm. The same scenario plays thrice where Swapna tries to protect herself from the ghosts. Like the stages of the game, the three scenarios get progressively difficult with an increase in the number of ghosts she has to fight. She loses her two lives but finally understands the game and emerges victorious. The words of the poster indeed come to life for Swapna. 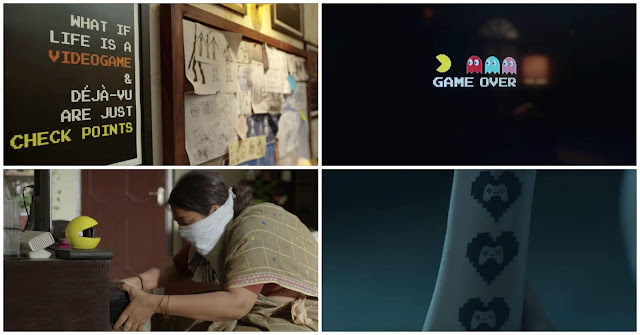 At many points, Game Over reminds one of Pawan Kripalani’s Phobia, due to the similarity and the treatment of the subject matter in the two films. Phobia was that the story of an artist Mehak (Radhika Apte), who after being sexually assaulted by a taxi driver, suffers from agoraphobia—the fear of open spaces. After the incident, she is trapped in her apartment, like a bird in a cage. Mehak had to fight her inner demons to get freedom from this cage. Swapna in Game Over starts fearing the dark spaces, a condition known as nyctophobia, after she was sexually assaulted. She also works from home trying to avoid going out. Both films are about the continuing trauma that women have to live with after the incident. At one stage, Mehak visits a psychiatrist, who uses virtual reality therapy for her. Swapna’s psychiatrist also uses virtual reality to reduce her fear of dark spaces. Phobia ends on Diwali, a festival that celebrates the victory of Ram over Ravan, the king of demons where Mehak was finally able to conquer her demons and she comes out of her cage. There are fireworks marking this celebration. Similarly, Game Over ends on the new year where Swapna fights the three ghosts and the fireworks mark the start of a new year, a new beginning for her. In Phobia, the apartment building where Mehak stayed was called the Overlook Apartments, a tribute to the Overlook Hotel in Stanley Kubrick’s The Shining. Likewise, early in Game Over, there is a scene where the faceless intruder enters Amrutha’s bathroom when she is taking a shower, reminiscent of the famous shower scene in Alfred Hitchcock’s Psycho. 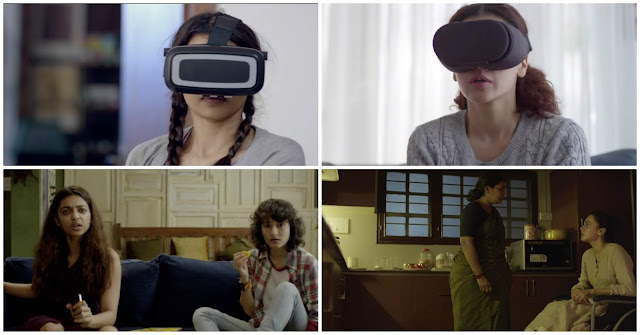 Like the different approaches of a gamer’s strategy to play a game, the film offers multiple ways to look at it. One other way to look at it is that the film is playing in some part of Swapna’s dream as her name also means the dream. I liked that the film stresses on her name as ‘Swapna’ with a ‘w’ instead of the more north Indian usage ‘Sapna’. There are other small details in the film that provide some more thinking points, such as the swing in Swapna’s house, the little statue of Wonder Woman in her collection of toys, and the mysterious opening and closing of the refrigerator.

Game Over is set in Gurgaon, a place not known for its safety for women; however, there are some top shots when Swapna is driving back to her house and the road is shown to be lined with palm trees which seem out of the place. Although the film’s length is quite short, its pace drops during the middle making it feel a bit longer. Taapsee Pannu delivers another strong performance and carries the film solely by herself. 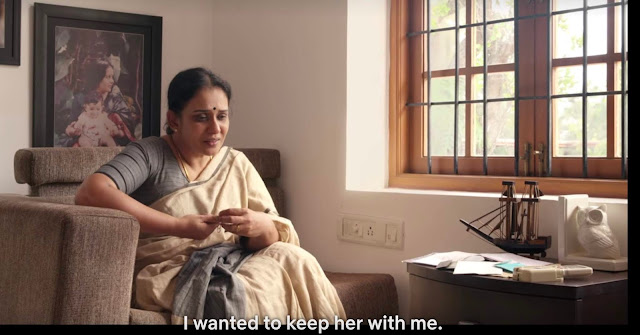 Over the last few years, a new wave of horror films has come up that is often called as ‘Elevated Horror‘. Films such as Get Out, Us, and Hereditary are often clubbed under this term with their ‘elevation’ coming from their myriad themes and subtexts, primarily related to race, and gender. Indian films, such as Phobia, Pari and Game Over, and shows such as Ghoul, could also be added to this term. A horror film need not have a larger message for it to be called elevated. As long as the film entertains and serves its purpose, it should suffice. Anything else is an added bonus giving material to film reviewers to read the film in different ways and that we would happily take. 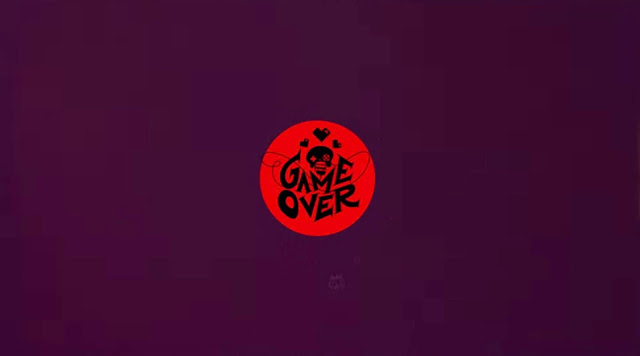 1. At some stage in Game Over, Gumnaam Hai Koi from Gumnaam can be heard in the background.

2. Taapsee Pannu running in her movies—Game Over, Manmarziyaan, and Pink. 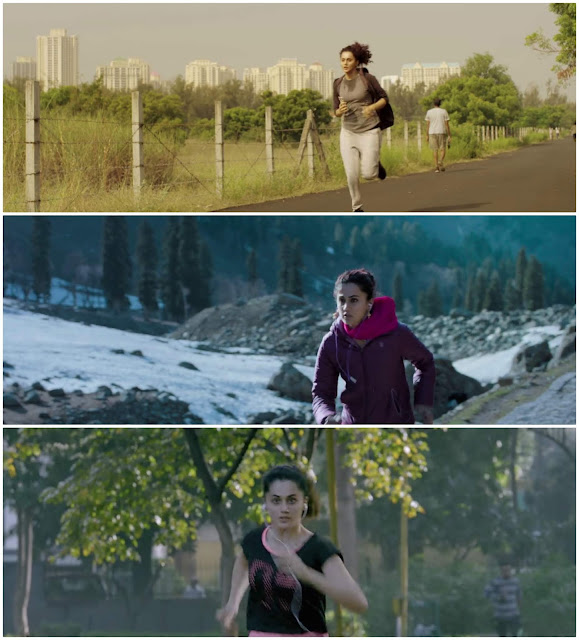 3. The posters of Grand Theft Auto, Jumanji, and Shadow of the Colossus.

4. The shower scene in Game Over and Psycho. 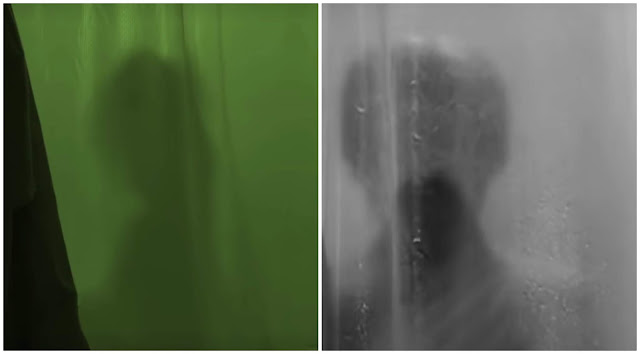