In conversation with the geniuses behind ‘Farah Goes Bang’ (Part 1)

In conversation with the geniuses behind ‘Farah Goes Bang’ (Part 1)

I was hoping to put the entire interview in one post, but I think we had too much fun talking for close to an hour. I also thought 3,000 words in one page would be overkill. So I’m going to ease you all into this fantastic conversation. Part one reveals how Laura and Meera came together to create “Farah Goes Bang” and what it was like winning the inaugural Nora Ephron Award at Tribeca this year. 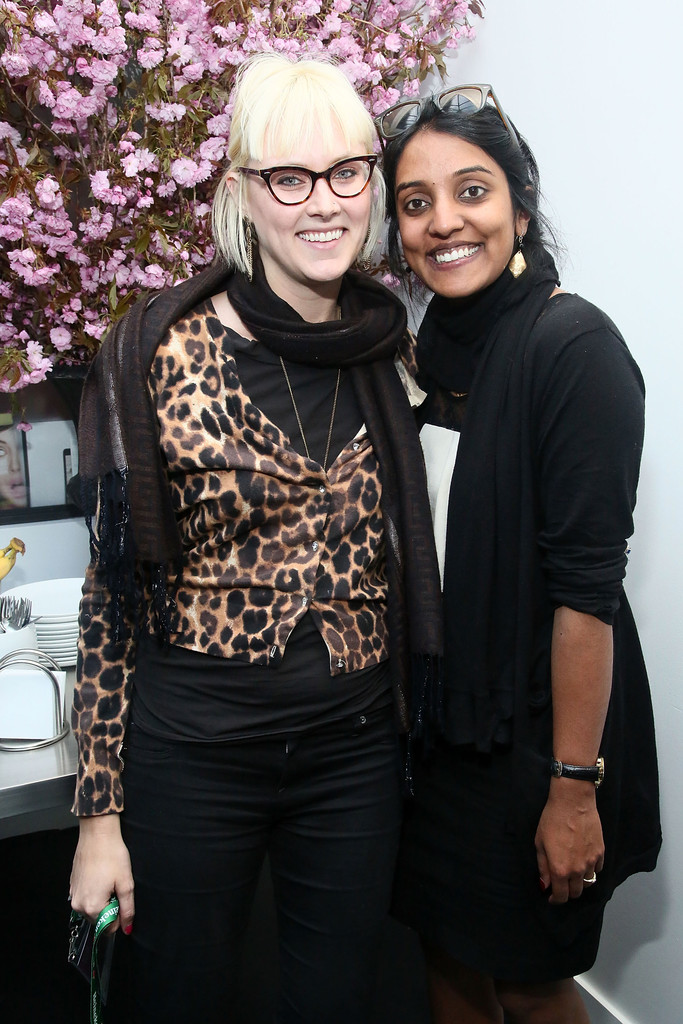 IIF: So Laura, what attracted you to this project?

Goode: I wouldn’t characterize it as attracted because Meera and I conceived it together. So I wasn’t really recruited to the project (laughs).

IIF: (Laughs) So I guess I mean how did you come up with the idea? Tell me about the conception of it all.

Goode: Sure sure. Meera and I went to college together. We met when she auditioned for a role in my first play, which she obtained and starred brilliantly in. That was when we were 19 and so thus began a very early artistic and influential partnership that pervaded all of those early years. We finished college and then were living together in Brooklyn and we started making short films together with people like Samrat Chakarbati and that sparked a desire to do something quote-unquote real in the future.

So I moved to San Francisco in 2008 for a journalism job and she moved to L.A. in 2009 for film school. And it was around that time that we started tossing around the idea of writing a female comedy together, specifically about a girl losing her virginity. I think it was one of those ideas that once we said it out loud, it seemed remarkable to us that the story didn’t already exist. There are so many male stories about the loss of sexual innocence like “Porky’s” and “American Pie” and “Superbad”, but it just seemed stunning to us that there were no girl ones and so we started to kind of dig into that idea.

I think there had been some films that had treated female coming of age with a very dramatic sheen. So it also seemed remarkable to us that none of them were funny. You know, because there is so much hilarity and awkwardness in the loss of innocence and for some reason that hadn’t been applied to women. I think seeing the story lived by some of our female friends and noticing this dichotomy of how virginity is applied to women as a construct, well I guess I would question virginity as a construct in-and-of itself, but that this idea you’re slutty if you do it too early and you’re defective if you do it too late, like the girls say in the film, was really striking to us.

IIF: It’s true. I had never really thought about it either, regarding how awkward it must be from the girl’s perspective because you don’t see it in films and you don’t see it in popular culture really. And I think you guys really illustrated that perfectly in that first scene of the movie. Cause I was uncomfortable (laughs) while watching that. But it was funny and it came off well. So Meera, I guess I would ask you the same question. Tell me about the beginning.

Menon: Yeah well I knew for myself, as a director, a feature film would get me more traction than a short film. I went to film school and I saw people spending a lot of money, somewhat extravagantly and without purpose on their short films. I think there is a real push in our generation to be making these kind of films on micro-budget scales and it kind of served as a launching pad for filmmakers I admire like Lena Dunham or Daryl Wein and these people who are making films for under $100,000 and were able to launch their career after doing that.

So that was certainly a model that was worth following as opposed to trying to do it through a short film. I just think that the filmmakers that we grew up with in the 90’s like Wes Anderson who launched his career with “Bottle Rocket”, the feature that was made from the short. That doesn’t happen anymore because you can make features for roughly the same amount. So upon, recognizing that fact I just tried to team up with the smartest people I know, including Laura, and just make a film that was relevant to stories we inhabited as young women in our 20’s. And that’s where this story kind of came about.

IIF: And the success is already there. I wanted to talk to you guys about the Nora Ephron award. It was first annual award from Tribeca and you guys are the first ones to get it. So tell me what it was like getting that award and what it means to you guys.

Menon: I mean I really feel like we were very lucky because they inaugurated the award this year and our film is definitely, like both of us as writers, whether its consciously or not consciously are totally influenced by how Nora Ephron wrote women. And to win a prize in her name the year we manage to get into the festival, on a film about women and writing our voices through these women, and the way it was written in the stars, it kind of felt like it was handed to us.

We felt very fortunate to be in the right place at the right time to receive it. And then I think it’ll hopefully kind of launch a higher degree of visibility for the film and we could perhaps get more eyes on the film that would be there than before.

Goode: What’s really amazing about the award is the attention its directing towards women in film in general. It definitely extends past us and I think its so amazing that anybody is paying attention to this award at all, no matter who wins it. I think that’s a really huge milestone and I don’t know of another festival that has established a prize like that. So I would be interested in seeing if other festivals follow suit with it.

So, for us, I would say it establishes a huge amount of loyalty to Tribeca that they would give us this honor and Jane Rosenthal (co-founder of the Tribeca Film Festival) has been so amazing to us. So I think it’s a really important watermark for the status of women in film, that awards like this are being established.