Chhapaak: Don’t Be A Nirashavadi

In her last film Padmaavat, Deepika Padukone played Rani Padmavati. A man, insanely obsessed with Padmavati, forces her to commit the act of jauhar where she walks into fire and burns herself to death. In her new film Chhapaak, Deepika Padukone plays Malti. Here again, a man insanely obsessed with Malti, and one who cannot bear romantic rejection, burns her face by throwing acid on her. Directed by Meghna Gulzar, Chhapaak is based on the real-life story of acid attack survivor Laxmi Agarwal who was attacked in 2005, after rebuffing the romantic advances of an acquaintance. In N. Chandra’s Tezaab, there was a tiny sequence involving acid throwing where Shyamlal (Anupam Kher), a drunkard threatened to throw acid on his wife (Suhas Joshi) when she refused to do as he wished. Due to some commotion, his wife falls on the acid bottle, gets burnt, and then commits suicide. In A.R. Murugadoss’s Akira, there was another depiction of an acid attack where a young Akira (Mishiekka Arora) witnesses a group of unruly men throwing acid on a young woman’s face. Akira helps the police catch one of the criminals. The film then went into a different story when Akira grows up. Chhapaak is the first mainstream Hindi film focusing solely on the issue of acid attacks.

A poster in the office of Amol (Vikrant Massey) who runs an NGO has the word survivor written on it and the film uses this term to describe the women who have faced an acid attack. Chhapaak shows the insensitivity of the entire system in treating the survivors of acid attacks. Moments after Malti is attacked, nobody comes to her rescue except a kind Sikh man who pours some water over her, while others are simply looking or walking by. In the hospital, the police inspector wants a statement from Malti immediately when clearly she is not in the mental state to give one. A lady police inspector raises questions on Malti’s character as she had saved the numbers of boys in her phone, bringing the familiar concept of victim-blaming. When Malti applies for a job at a beauty parlor, the employer refuses and says that she should try for vacancies available for disabled people because people prefer to see beauty at a beauty parlor. When she goes for another job interview, the interviewer asks her that she did not mention about her attack. Malti replies that there is no category mentioned for acid survivors on the application form. The film opens with people protesting for women’s safety after the 2012 Delhi gangrape case. But there is no one to protest or care for acid attacks as they don’t get noticed in front of rape cases. In court, the judges had to reprimand central and state governments for showing no seriousness on the issue of acid sale for years. Later, there is also the case of the two sisters belonging to a lower caste who faced an acid attack. The nurses are so inconsiderate to their pain that Amol had to shout at them to be a little kind. Everyone in the system behaves really callously with acid attack survivors, even if inadvertently. People call them bhoot while writing words of support. Parents make their kids look away from acid survivors. Chhapaak attempts to bring empathy and compassion for these survivors. At one stage, a little kid screams on seeing Malti’s face after the attack. As someone who has gone through this scene many times in life where kids called me bhoot as I have a large birthmark covering my face, I could relate a tiny bit of how it feels. It is always hard with the kids because one cannot even get angry at their ignorance.

There is a point in the film where Malti’s mother is unhappy with the state of affairs as she believes the case that Malti is fighting is hampering their economic condition. Malti has to go out for an evening and her mother admonishes her as to why she is going out late. Malti shoots back; what worse could happen to her after all that she has gone through. Later in the film, Malti visits a woman who narrates her ordeal that she was not allowed to be admitted to a hospital in her hometown as she was from a lower caste. Further, there is another heartfelt scene in the film where Malti and her colleague, also an acid attack survivor, are buying some things from a department store. The colleague asks Malti as to how many surgeries she has had because she wishes to have a new face like Alia Bhatt. Malti replies that she went through seven surgeries. To this, her colleague wonders that she is struggling to even arrange funds for her second one and Malti got funds for seven. There are varying levels of privilege (caste and class) even in violence. These scenes try to project that things could be a lot worse for Malti when she had replied to her mother earlier.

Malti comes home after the surgery and the title song of Kal Ho Naa Ho plays on the radio. She does not want to listen to it as it reminds her of her life before she was attacked as she used to dance on that song. Later, in one of the best scenes of the film, Malti and her colleagues are celebrating the judgment where the Indian Penal Code (IPC) was amended and acid attacks got their own section. Amol, being his usual negative self, is peeved at the jubilant mood and questions the need for the celebration when acid is still being sold freely. Malti shuts him down by saying that acid has been thrown on her but he behaves as if the acid has been thrown on him. She wants to party and she will. I was just thinking of a similar scene from Kal Ho Naa Ho where Aman (Shah Rukh Khan) asks Naina (Preity Zinta) as to why does she feel the weight on the entire world is on her shoulders. She feels she does not have enough but looking from someone else’s eyes, she has more than enough. Aman was suffering and he wants to live his life but it was Naina who was behaving like the world is ending for her. Amol behaves the same as if the entire world is on his shoulders. Like Aman helps Naina, Malti helps loosen Amol a bit. Malti does not let anyone guilt her to feel sad. If she is happy, then why does she have to pretend that she is sad.

In Talvar, Meghna Gulzar used one of her father’s films Ijaazat to depict the relationship between Ashwin (Irrfan Khan) and Reema (Tabu) who are in the midst of a separation. Reema returns Ashwin’s things including their wedding pictures. Ashwin accepts them and questions her if she has seen Ijaazat. At a later stage in the film, Reema is actually seen watching Mera Kuch Saaman from Ijaazat where Maya sings to Mahendra to return not her physical items but the memories of the times they spent together. By asking her about Ijaazat, Ashwin hints to Reema about the time they spent together. In Chhapaak, there are Archana Bajaj (Madhurjeet Sarghi) and her husband (Anand Tiwari) whose relationship also provides a look at marriage with a different touch. The wife appears to be more famous than her husband. She cannot make her daughter’s ponytails properly. So, her husband pitches in for the daughter, and he also makes tea when guests come around. The film uses different states of growing up of their daughter to mark the passage of time.

Chhapaak loses momentum in the second half as nothing interesting happens in this part. The film feels too simplistic. It is probably a conscious decision to not make the film emotionally draining but at the same time, it also does not go deeper into issues. There is a scene where Amol and Malti talk about how humans let evil overtake them. Acid pehle dimaag me milta hai, phir hi toh haath me aata hai. Scenes like these that explore the human psyche are far and few between; as such, the film does not have a lot going in it. Additionally, except the title song which is beautifully written, the other songs slow down the narrative and were not really needed. Talvar and Raazi were better in terms of tautness and screenplay.

Chhapaak rests primarily on the performance of its leading lady Deepika Padukone. After the attack, Malti looks at herself in the mirror. The skin around her ear is damaged preventing her from wearing an earring. The scene reminded me of the one in Piku where Piku with her kohl-lined eyes and golden earrings looks at herself in the mirror. Deepika delivers a wonderful performance; it never feels like she is acting. The other performance of Madhurjeet Sarghi as Archana Bajaj is also great. I kept wondering as to where I have seen her before and then after reading a bit about her, I got to know that she starred in Na Aana Is Des Laado, the show that used to air on Colors. Chhapaak is also a tale of sisterhood. It was actually a woman, who on the orders of a man, threw acid on Malti but it was the many wonderful women who helped Malti get her life back. From Shiraz Aunty to Archana Bajaj to Minaxi, it is women who support each other in the film that help them carry on the fight. The words ladna hai that Malti heard from Shiraz Aunty become her motto to inspire other survivors. 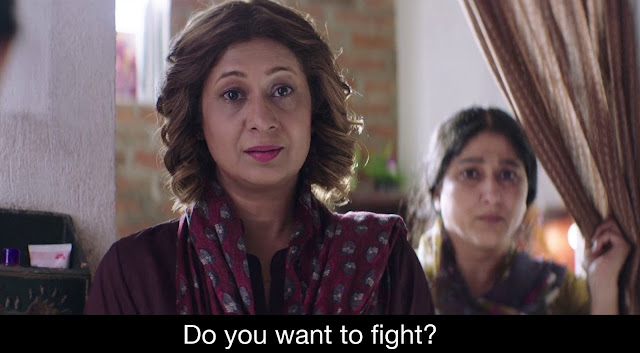 A journalist friend describes Amol as ‘Nirashavadi’, meaning a cynic. On the contrary, Chhapaak felt like a film of hope. Malti always covered her face in the sessions court but after her victory, she throws away her dupatta revealing her face to the world. The film is about these moments of fighting and regaining confidence in life. At one point in the film, Malti is watching the finale of Indian Idol. Later, she takes up a job at a book store as it was near to a music school where she planned to learn singing. She could not become the Indian Idol but she did become an Indian idol inspiring other women that that life can be rebuilt and restarted after a temporary stop because as she says, “Unhone meri surat badli hai, mera mann nahi.” 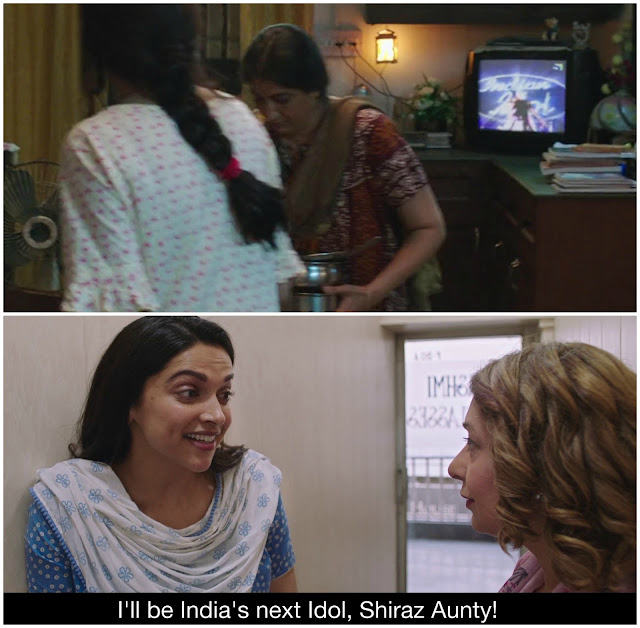