We are living in extraordinary times. A pandemic has brought with it paranoia. In times like these, we turn to things that comfort us. Like always, it is the films that have come to the rescue. I have been watching Dil Chahta Hai again for the last few days. It is a movie that brings comfort to me. Its song Tanhayee is a topical song in these times of social distancing.

“Loneliness is difficult to confess; difficult too to categorize. Like depression, a state with which it often intersects, it can run deep in the fabric of a person,” writes Olivia Lang in her book The Lonely City. Loneliness is physical when there is nobody around someone to talk to or to share their moments of life. Loneliness is also emotional when one is part of a crowd yet they feel completely alone. The word Tanhayee means loneliness. In Dil Chahta Hai, Akash (Aamir Khan) learns that Shalini (Preity Zinta) is returning to India for her wedding when both of them know she does not love Rohit (Ayub Khan). After she leaves, Akash is hit by unbearable loneliness that makes him feel like he is staring into the abyss of darkness. Jaise andhero ki ho gehraayi. He is physically and emotionally alone. The song Tanhayee depicts this state of Akash.

In Jaane Kyon, Akash explored the city of Sydney with Shalini while talking about the vagaries of love. In Tanhayee, he again walks through the city of Sydney and goes to the same places that he had visited with Shalini, but this time, he is all alone. Whether it is the cinema hall where they watched a movie together, the walks that they took on the sideway next to the train track, or the restaurants where they had great conversations—all these places remind him of the time he spent with Shalini. Everything is the same; the only thing that has changed is his company. Kal koi tha yahin, ab koi bhi nahin. Someone was here, now there is no one. In Kafka On The Shore, Haruki Murakami writes, “Memories warm you up from the inside. But they also tear you apart.” He does not have Shalini with him, and his memories of the places are tearing him apart from inside. 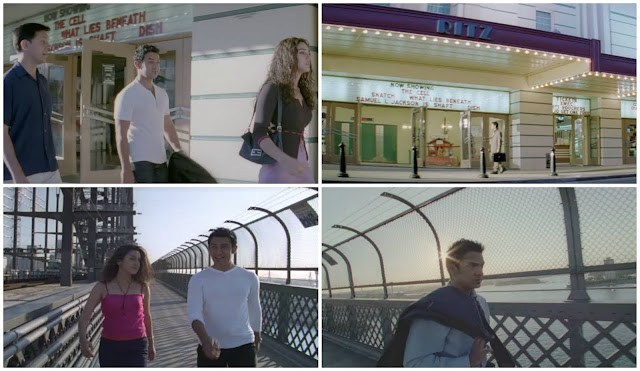 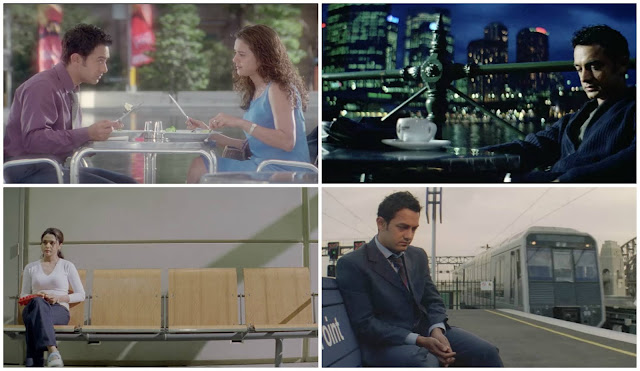 In Tanhayee, Akash’s inner turmoil is mirrored in his external surroundings. He is the only one who is shown to be still and lost in his thoughts, while surrounded by people who are going on with their lives. The city feels strange to him, and his life has come to a halt. Time has stopped for him, but for others, it has fastened its pace. His outward silence contrasts with his inner upheaval. He is chasing the shadows of his past. He walks through lifeless places, such as the graveyard. He is seen on the edge at many times—sitting on the edges near heights and waves—like his own life is on the edge. He is running but cannot escape. He is eating but is not satiated. He is hearing but is not discerning. He is waiting for a train but is not going anywhere.

Akash never believed in the idea of love and did not get as to why people fall in love. But he ends up falling in love with Shalini, who is getting married to someone else. It is the first time that he has felt feelings of what true love could be like; something that is enduring and not like his affairs that lasted for at most two weeks. After all, he saw Shalini’s face in his inner conscience during the opera when he closed his eyes to see the person he loves. He has changed from the person who he was. And, it is love that has brought this change in him. Akash and Sid (Akshaye Khanna) had a falling out because of Akash’s inability to comprehend Sid’s feelings for Tara (Dimple Kapadia). Akash believed love was lust. In his parting words, Sid had warned Akash that only when he will fall in love someday, he will be able to empathize with Sid’s predicament. He finally understood what Sid told him earlier that when love happens, it does not happen by thinking. It just happens, without an invitation, without any rationality. After Tanhayee ends, an inconsolable Akash inadvertently ends up calling Sid instead of Sameer (Saif Ali Khan) as if something inside him is trying to make him remember Sid’s words.

Shalini, too, is shown to share this sense of loneliness in Tanhayee. She leaves for India along with Rohit. At the airport, before she boards the flight, she pauses and looks back, hoping to get her filmy airport ending. As it often happens in films, the hero comes to stop his lover from boarding the flight just in the nick of time. But Akash is nowhere to be found. Shalini goes ahead. Moments later in the song, she is feeling cold, missing the warmth of Akash’s jacket. Like Akash, she is also sitting on the edge, playing with her engagement ring, unable to display the courage to throw it away. She is trapped, sitting by herself in the house where the window is nothing but a cage. 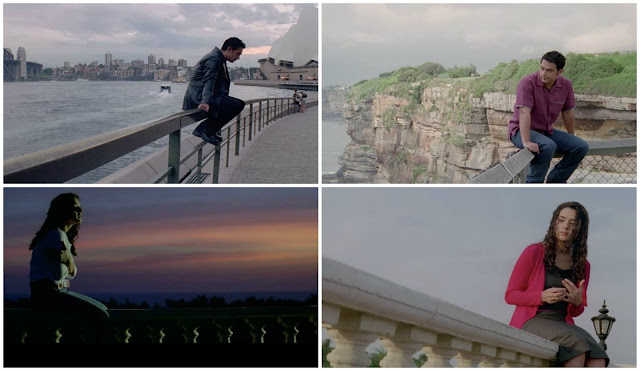 Early in the film, Shalini and Akash had watched a romantic film together. Shalini is in a somber mood after the movie. Akash, in his usual Akash-ian way, mocks Shalini for her emotional investment in films. He ridicules the whole premise of romantic movies and says, “Bhai, in love stories ke liye to bahut dimaag chahiye, woh yahan baithi aasun bahan rahi hai, woh vahan baitha aahen bhar raha hai.” Akash, who scoffs at the predicament of lovelorn characters, undergoes the exact same state later in the film. And, funnily, he would be the one crying for love and Shalini is the one who sighs as seen in Tanhayee. Of all the three friends, he would get the filmiest ending where he confesses his love in front of three hundred people and in someone else’s wedding. Films, like life, find a way of getting back at those who try to mock it.

1. In the three love confession scenes in Dil Chahta Hai, all the three—Sid, Sameer, and Akash—talk about ‘truth’. 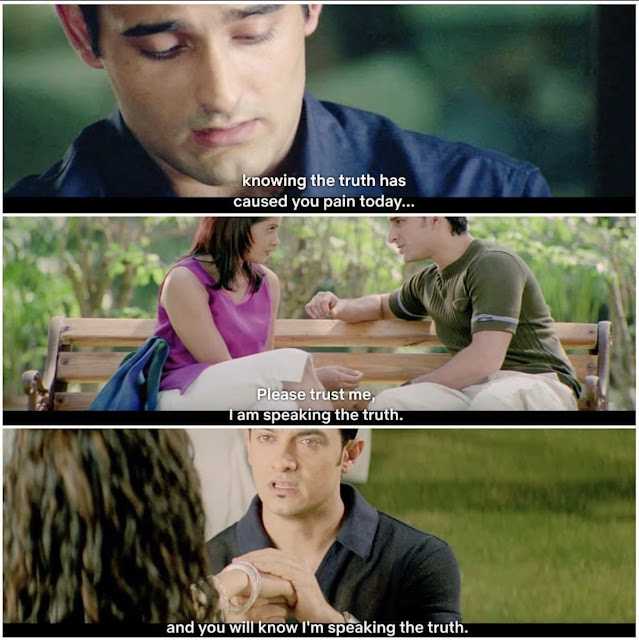 2. Men crying by themselves in Dil Chahta Hai and Lakshya. 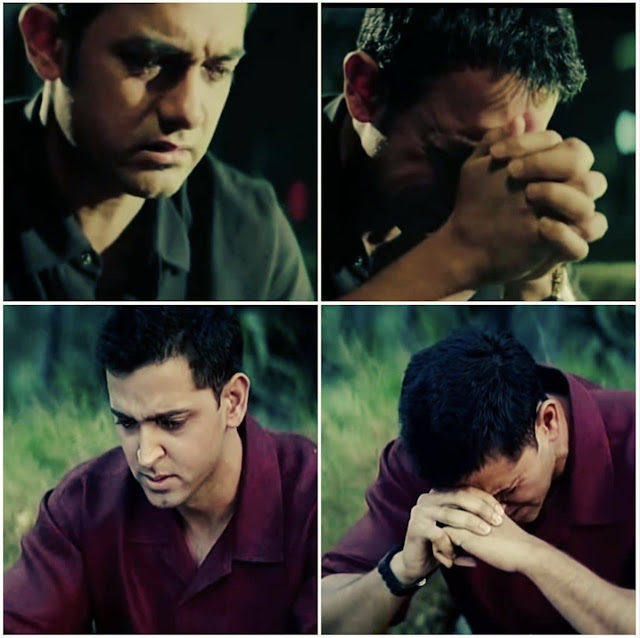