Awarapan: Love will set you free

It is only recently that I watched Mohit Suri’s Awarapan. I have always been fascinated by films that merge the concepts of spiritualism and romance. Awarapan is one such film and, perhaps, that is why I was pleasantly surprised by its themes. The film is the story of a gangster Shivam (Emraan Hashmi) who manages a chain of hotels for Malik (Ashutosh Rana) in Hong Kong. Shivam is troubled by his past life where the girl he loved Aliyah (Shriya Saran) died in unfortunate circumstances. He is asked by his boss to spy on Reema (Mrinalini Sharma), Malik’s mistress, as he suspects that she is having an affair. Reema is also a human trafficking victim. Shivam sees Aliyah in Reema and starts undergoing a spiritual transformation after meeting her. He, then, takes it upon himself to set her free. Allegedly inspired by the Korean film A Bittersweet Life, Awarapan adds themes related to atheism, religion, and freedom to create a beautiful and emotional film. 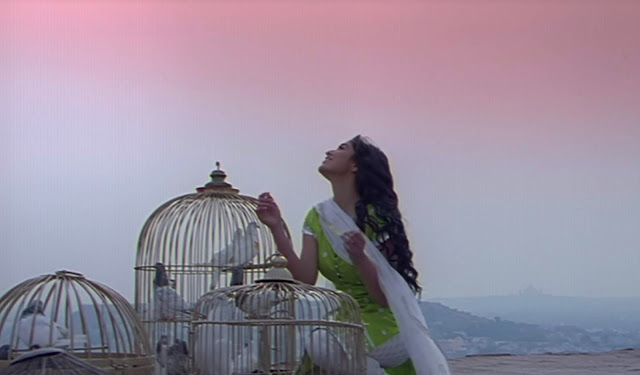 In the world of cinema, we have seen it is God that guides people towards love. Often, the lover is equivalent to God. In the universe of Sanjay Leela Bhansali, love is worship and the lover is God. In Devdas, Chandramukhi and Paro worship Dev. Chandramukhi defines love as, “Pyaar aatma ki parchhai hai, ishq ishwar ki ibadat, aur mohabbat zindagi ka maksad.” Love is the shadow of the soul. Love is the devotion to God. Love is the purpose of life. In the world of Ali brothers, the lover, too, becomes God. In Laila Majnu, Qais keeps saying Laila and La Ilaha Illa Allah—there is no other deity but the one god. There is much similarity between Laila’s name and the shahada—Laila and La-ilaha—that they almost merge. In the universe of Aditya Chopra, God is seen in the lover, too. In Rab Ne Bana Di Jodi, Tani and Suri sing to each other, “Tujh me Rab dikhta hai.” I see God in you. What makes Awarapandifferent from the others is that it is love that guides people towards God. Shivam does not believe in God. Aliyah and Shivam argue on the existence of God where he says that if there is God, he would make him his devotee one day. For Shivam, his only God is his lover Aliyah. But, eventually, as it happens, it is Aliyah’s love that turns Shivam from an atheist to a believer. He starts believing in the power of God. In that sense, the events of Jab Tak Hai Jaan and Awarapan are quite complementary. In Jab Tak Hai Jaan, Samar fights death every day to make his lover Meera lose faith in God. In Awarapan, it is the opposite where Aliyah tries to make her lover believe in God. 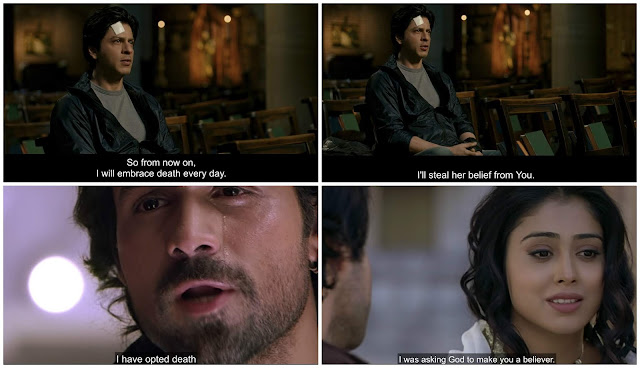 There is also an overarching religiosity in Awarapan; something that is not typically associated with the oeuvre of its makers. The film is teeming with religious images. People keep invoking God at different places. There are frequent mentions of taveez and dargah. Aliyah is a deeply religious person. She duly follows the tenets of her religion in her life. Her business idea, too, is adapted from aspects of the religion she follows. On the other hand, Shivam is an atheist. When Shivam tries to shoot Reema, he could not and later explains that it was an act of miracle. An atheist starts talking about miracles and starts changing. Even the names of Aliyah and Shivam invoke religious connotations because of the significance in their religions. The film has four songs and three of them talk about the protagonist’s relationship with God although they may seem that they are about love. 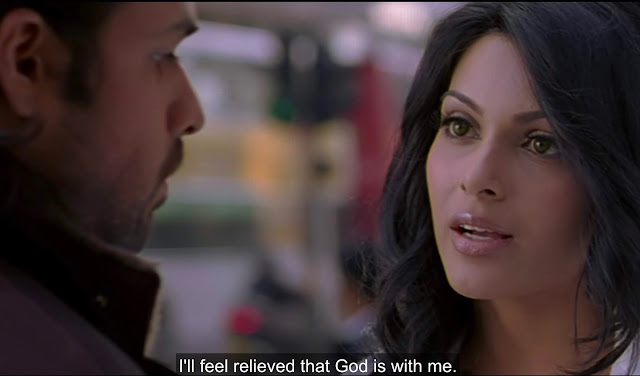 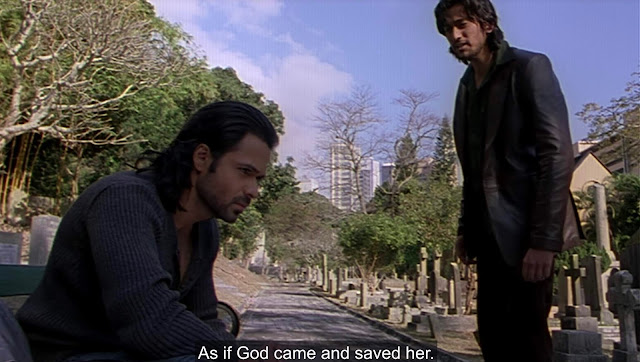 In Maula Maula, the protagonist is singing about God whom he sees in everything.

In Toh Phir Aao, the protagonist is calling God to come and make him cry and then take back all the sorrows that he has given him.

Gham le ja tere,
Jo bhi tune diye,
Ya phir mujhko bata,
Inko kaise sahe,
Toh phir aao.
Take your sorrows with you,
Whatever you have given me,
Or else tell me,
How should I bear them,
So then come.
In Tera Mera Rishta, the protagonist finally accepts his belief in God after questioning him earlier.
Tera yakeen kyun maine kiya nahi,
Tujh se raha kyun juda,
Mujh pe yeh zindagi karti rahi sitam,
Tune hi di hai panaah,
Tera mera rishta purana.
Why didn’t I believe you,
Why did I stay separated from you,
Life kept on tormenting me,
Only you gave me shelter,
Our relationship is very old. 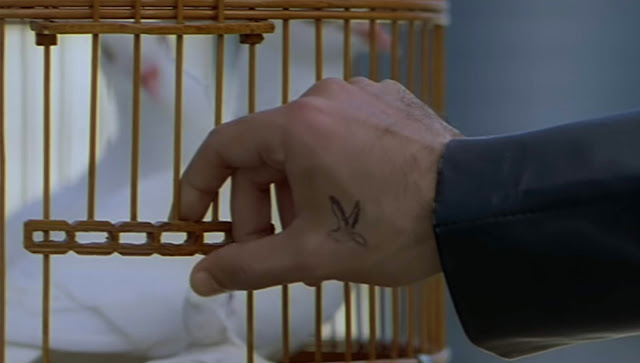 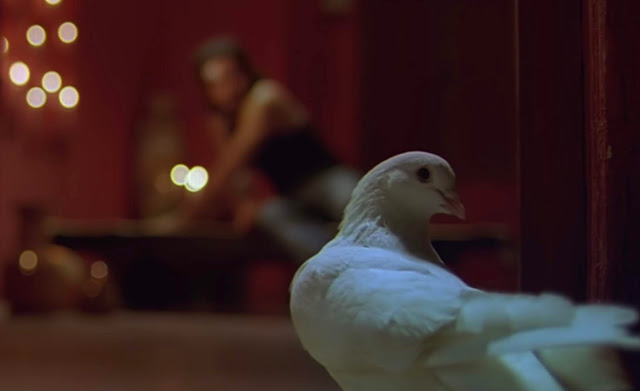 There are aspects of Buddhism in the film as well. In his gangster life, Shivam had kidnapped someone called Siddharth (Atul Parchure) but lets him go after his meeting with Aliyah where he is influenced by her talk about freeing the birds. Shivam frees Siddharth who is immensely grateful for his release. Siddharth, then, turns to Buddhism and becomes a monk, just like his namesake Prince Siddharth who left everything and became Gautam Buddha. In a turn of events, Shivam is on the run from Malik’s men and ends up outside the same monastery where Siddharth stays. Siddharth protects him and helps him heal. Shivam’s earlier act of freeing Siddharth and giving him a new life leads to his own life getting another chance. The Buddhist philosophy of karma comes into play. Siddharth tells Shivam that he is the CEO of God and he shows the right path to the ones who have strayed. It is only fitting then that he shows the right path to lost Shivam, too. Shivam finds the light of God at the monastery. He could feel Aliyah’s presence there as well. Early in the film, Aliyah had taken Shivam to a dargah and asked him to raise his hands in prayer. He did not believe in God but he followed as she instructs. Later, he is reminded of the same in the monastery, where a small kid asks him to fold his hands and pray. The God that is worshipped in the dargah can also be worshipped in the monastery. Awarapan does not limit its religious symbolism to one particular religion. It believes in the inherent universalism of God. 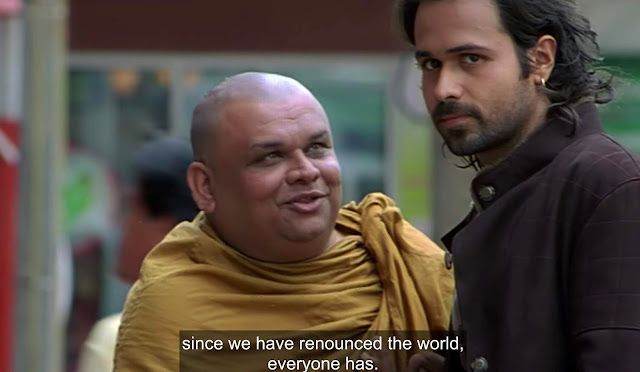 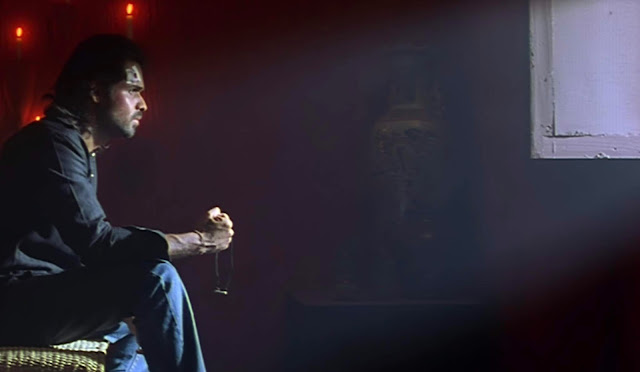 Awarapan‘s essential philosophy is that freedom is not given to anyone. It is everyone’s right. “Azadi kisi ko di nahi jati. Azaadi hamara haq hai.” Aliyah runs an unusual business where she asks her patrons to free some birds from a cage in exchange for a small sum. She offers the same proposition to Shivam who is a bit bewildered by her business model. She explains to him that years ago, Prophet Muhammad used to buy slaves from their masters in Mecca and Medina and then freed them. She follows the same principles as that of the Prophet but she frees birds instead. Others who wish to seek God’s blessings can buy the birds and give them their freedom. This belief in freedom, which Aliyah advocates, becomes the guiding force for Shivam. 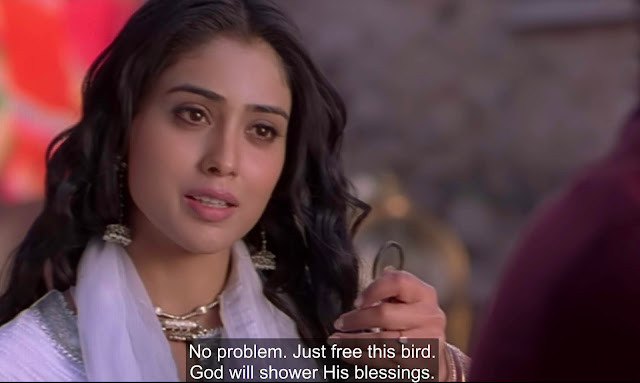 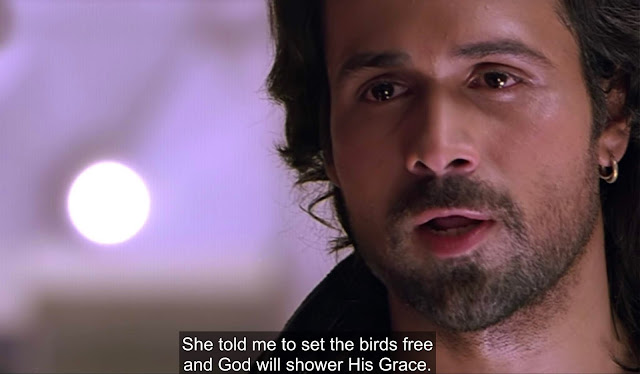 Shivam works for Malik (again quite befittingly named as an owner) who assigns him the task of checking on his mistress Reema. He instructs him to kill her if he finds out that she is having an affair with someone. Reema is a victim of sex trafficking and was forcefully kidnapped from her home. She wants to be free and go back to her country but she is entrapped in the cages set by Malik. When Shivam is keeping an eye on Reema, he sees shades of Aliyah in Reema and is reminded of Aliyah’s passion for the cause of freedom. It becomes a mission for him to then free Reema. Like the white pigeons in a cage that Aliyah asked others to free, Reema is the white pigeon that Shivam wants to free. At Malik’s house, Reema is dressed in pure white when Shivam comes to rescue her, again underscoring that she is the white pigeon who ultimately finds her freedom due to Shivam’s help. When she jumps on the ship, the pigeons fly away as well. 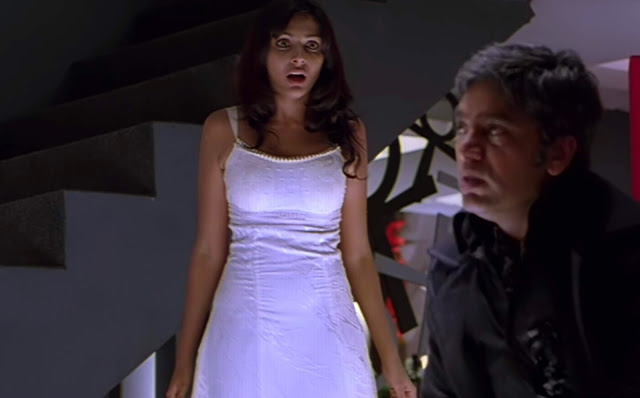 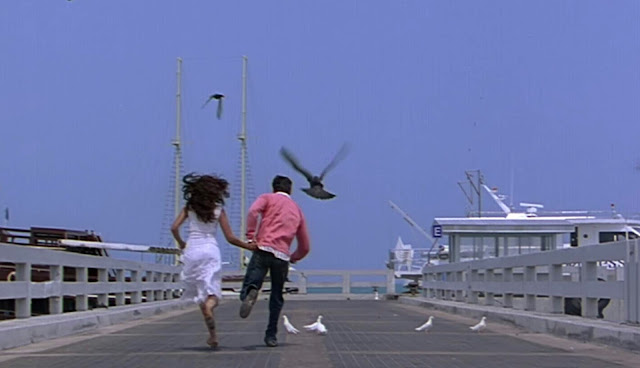 Everyone else in the film is also looking for freedom. Shivam’s friend Kabir (Shaad Randhawa) asks him to shoot him and set him free from this life. At Malik’s hotel, the women are dancing in giant cages symbolizing that they want to be free as well. The freedom that the film espouses is not just external but also internal. Shivam is also looking for his freedom. Hai mere paaon hi, khud meri bediyaan, usse tu mujhe chhuda. My legs are my own shackles; come free me from myself. He is trapped in his past and unable to break its shackles. He finds a mission to free Reema in his awarapan life. Reema used to say that when she will find love, “He is gonna set me free, Mahiya.” Aliyah’s love does the same to Shivam. She helps him find God and sets him free from the world. She had told him that only those who believe in God end up together in heaven. In death, Shivam is finally free and is reunited with his lover in the land of heaven for eternity. 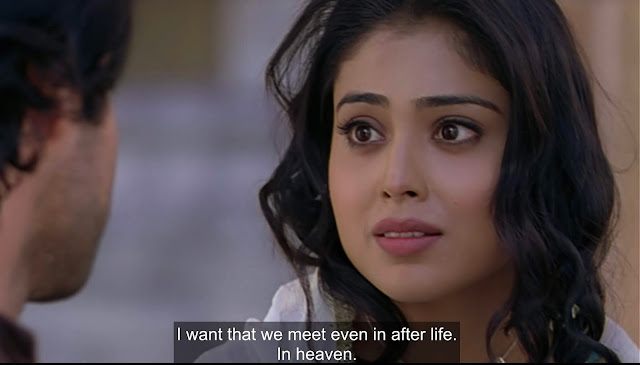 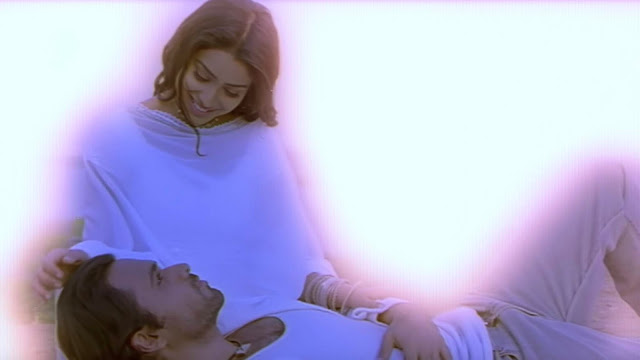