It was a time in the mid-80s in an official house quarter of a municipal officer. A kid was looking intently at the flickering black-and-white EC TV set running a program about how animations are created at Disney. The world of the light-box, 1 frame per cell, the stop motion camera, etc. all captured the imagination of that 10-year-old boy. Since that day, it has been etched in his mind. So deep, that he wanted to do something like this when he grows up.

Cut to the summer of 1992, the same boy has grown up into a teenager, scouting through computer classes, asking for a course that allowed him to create animations. He finds one and thus starts his journey into multimedia, on the Commodore Amiga computer, even before Windows 3.1 was available in India.

Cut to May 2015, the boy has grown up to be an adult entering into his 40s. A lot of water has flown under the bridge. After a detour of 15 years in the IT business, he decides to migrate to Mumbai and leave everything – including his beloved city, family, settled life – to become a filmmaker.

Cut to July 2019, it’s me, Prashen H. Kyawal, Creative Producer of a Hindi feature film, RAKKHOSH, taking this opportunity to share my journey of my first film with you.

After the 2015 migration to Mumbai, I dabbled in post-production, visual promotions, line production, etc. After that, I was just trying to survive in the city, with a job in a film company, which was far away from making films. Days had become longer, nights had become unbearable. The question of “What I am really doing?” was reverberating in 1000s of voices in my head. One evening during a call with my son, he asked me, “You went there to make films. Why are you not making one?” and everything instantly became a blur for me.

The next day, I received an email from my guardian angel (as I call him now), my producer, Santosh Deshpande, stating that he is ready to start a movie with me and I should immediately proceed with it. I immediately rushed to Abhijit Kokate, film editor of the blockbuster and critically acclaimed film, Queen, to share the good news with him. We were working on many concepts at that time to make his first film. He had found a new story, which was exciting him to turn into a movie. It was a sort of a coming together of friends, from the same hometown, to fulfil individual dreams, which was to happen by achieving this common goal, of making this unique film called ‘RAKKHOSH’. And thus, started the journey of my first film.

RAKKHOSH is inspired from a Marathi language story named ‘Patient No 302’, written by Shri Narayan Dharap, the same writer whose other stories Tumbbad was based on. It was basically a story written in the first person-narrative of a so-called ghost/possessed person/psychological patient. So our screenwriter Srivinay Salian suggested this wild idea of making the film in first person POV. India’s first complete POV movie. Our fantastic producer backed us on this outrageous idea, too, irrespective of the business risks involved. 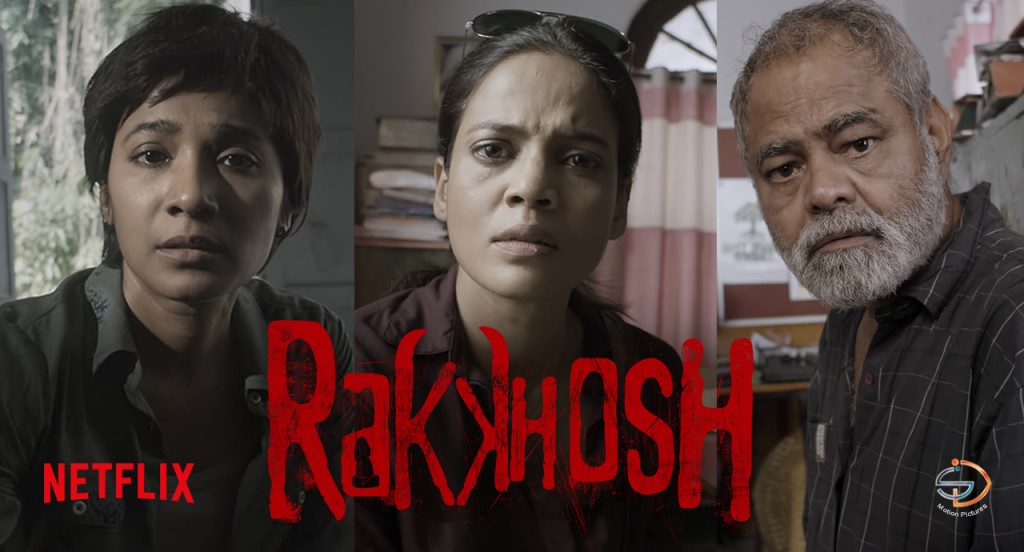 4 months of pre-production involved multiple recces, extensive research in a real mental asylum, in-detail storyboarding, locking of locations and test shoots with our French DOP Basile Pierrat. With the efforts of our team, we fortunately got the best of the best HODs for each department. They all had big blockbusters and award winning films in their names, but everyone agreed to this project for the uniqueness of it. Same for our cast. Mavericks like Sanjay Mishra, Tannishtha Chatterjee, Priyanka Bose, Barun Chanda, Ashwath Bhatt, Arijit Dutta, Sonamoni Jayant and many more came on board, ensuring brilliance in the performance department.

Many challenges were faced, solutions were found, but one thing I need to mention is the POV rig for Red Dragon. Till now, POV films were made using small cameras like GoPro, but we wanted to make a cinematic film without any drawbacks of a POV film. As there was no POV rig for Red, we had to make a custom one. After 2 trials and errors, the 3rd attempt came out perfect and we felt that we had won an important battle.

With the backing of our fabulous producer, and a positive response from the incredible talents joining the cast and crew, by the time we went on the floor, the film became much bigger than we had planned initially. We decided to shoot at Nagpur, turning 2 school buildings with British architecture into a Mental Asylum set. Our Production Designer Rita Ghosh did an incredible job. We had a huge crew of 150-200 people, most of them brought in from Mumbai. Our committed producer ensured that we had everything we need for the shoot.

Shooting a POV film completely changes the filmmaking process in every stage; be it writing, production or edit. The POV rig was heavy, real-time focus shifting was a task of genius focus pulling, a huge number of supporting actors and extras were required every day, double shifts were a norm. Everyday was a big challenge and every night was a triumph. We were shooting day and night, but the energy on set kept our spirits high.

Such a gruelling two-schedule shoot finished with the bad news that our director encountered a severe back injury. He was supposed to go through months of physiotherapy and rest to recover. It was not possible to halt the film for so many months. Still, we decided to wait.

In the meanwhile, I, along with our associate director Swapnil Dhaktode, got the basic lineup done. We were waiting for the director to take it forward as an editor, but he needed to get the surgery done with many more months rest. It was time to take a decision.

My producer and I decided to bring in our screenwriter, Srivinay Salian, as a director to take the movie further with an editor. Fortunately, we got Dinesh Gopal Poojari, a Filmfare award winning (Rege) editor for our movie. Being POV, most of our shots were long takes. Cutting between the long takes needed a trick, which need not disturb the seamlessness. Each cut needed to be from a human point of view as it was the camera that was the lead character. After a clear direction given by Srivinay to follow Birsa’s story and cut everything else, Dinesh took up the challenge and came out with flying colours. 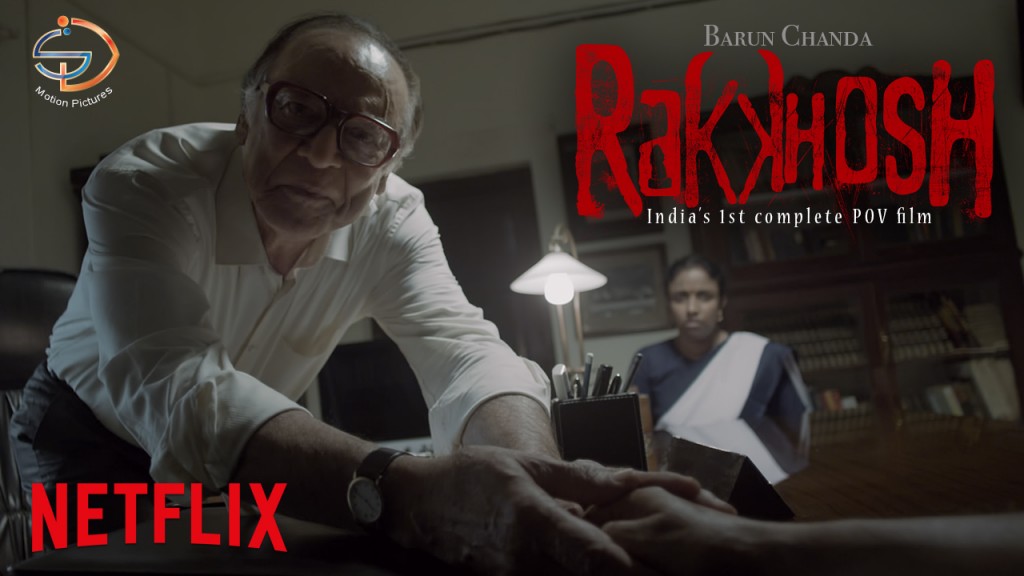 We had the first cut of 132 minutes. I approached Angry Indian Goddesses producer, Gaurav Dhingra, to get an outsider perspective. He not only agreed to watch the film and provide his feedback, but also invited his editor to be part of the session. Both of them got pretty impressed by the concept and execution, but found it lengthy. He even mentioned that this was the first time that some other filmmaker was showing him a film before the edit lock, and that it should happen more often for the betterment of a product. And yes, his suggestions helped us cut out a lot of flab from the film and bring it down to 112 minutes.

Once the edit was locked, the journey of final post-production began. Till production, I had a huge creative and technical team. Post edit-lock, we remained a 3-person team. Then I distributed the tasks to Sound, BGM, DI, VFX teams. Me and Swapnil together, with direction from Srivinay, were running from studio to studio to finish it task by task.

It is said that the film is made 3 times – writing, directing and editing. But I realized that the film gets shaped up at every stage, every moment, with every small detail being removed or added to this jamboree of arts called Cinema.

I subtitled the film myself. I checked each update from various team multiple times. I watched the film more than 1000 times till it got out. Every time, I felt connected with the pain of Birsa. I felt like it is a story that is crying to be known since 1960, when it was first published. Birsa’s story wanted to reach as many people as it could, and cinema is the right medium for it. There were a lot of times where we thought that the film wouldn’t get made, but it was this feeling that kept me going. I knew the story wanted to come out, it will and it did.

After many months of working together with different teams and putting together final pieces from each scene, shot or frame, the final version got ready. Each piece took hours of discussions, days and nights of anxiety, doses of self-doubt, before I finally put it there with approval from Srivinay, who was sacrificing his day job for this film to get made.

In the meanwhile, I kept showing the edit-lock version with time-to-time updates to many people – actors from across the globe, from different strata of life. I got varied opinions, but none of them said it was a bad film. The discussions, arguments also built my faith into the way we were telling the story.

To take a creative decision, which is going to be forever etched in the form of cinema, is a tiring task. Every small dialog cut or addition, a sound effect insertion or deletion, VFX shot approval or rejection, sound mix perfection, etc takes a toll on your mental health. It is creatively satisfying but a very demanding process. But finally we got our master copy ready.

While all this was happening, I was running from one film market to another to sell the film. I was also submitting it to relevant film festivals. For many months, it was a long period of rejection and disappointment. Like the film buyers or sales agents, even the film festivals programmers were indecisive too. As per my experience, everyone says they want something new, and when we go to them with something new, they are incapable of taking a positive decision unless someone else does.

All this changed when Pune International Film Festival saw the value in our film. Once it got selected for PIFF 2019 and got an overwhelming response from the audience, many other festivals selected it. Subsequently RIFF 2019 and OCIFF 2019 happened. We won the Best Direction Jury award at RIFF and the Best Supporting Actor award at OCIFF.

These 4 laurels adorned our posters; I met everyone again for the film sale. Everyone was just trying to find out how they can benefit from it. Everyone was ready to TRY for the release and sales, at a hefty fee with significant advance. And all the guidance was about how I should spend on release, but not on how I will recover my money. Funny thing is they don’t even consider that the person they are talking with may have some knowledge too. Most of them had template plans with no concrete recovery ideas. Everyone just wants to practice his or her marketing and sales skills using your money.

Again, a few months passed in frustration, but I kept on trying. Soon, we got selection emails from 2 international festivals, Shanghai and Rome. In the meanwhile, I found a reliable sales partner. And to top the news of international film festivals, Netflix picked RAKKHOSH as an exclusive digital release on their platform.

After due process, both the festivals happened in my birthday month, and the Netflix released it on my birthday itself. 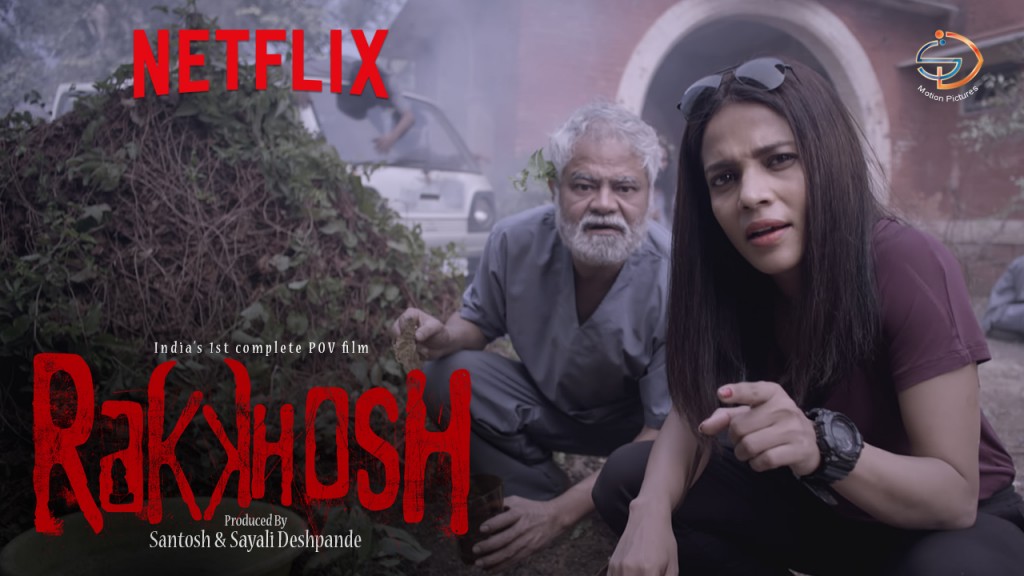 I have a few takeaways from this first feature film making experience:

This feeling of completing a film project from concept till release is unmatched. The contentment, the fulfilment it brings is hard to put in words. Hoping to repeat it soon. Till then, please watch RAKKHOSH on Netflix. 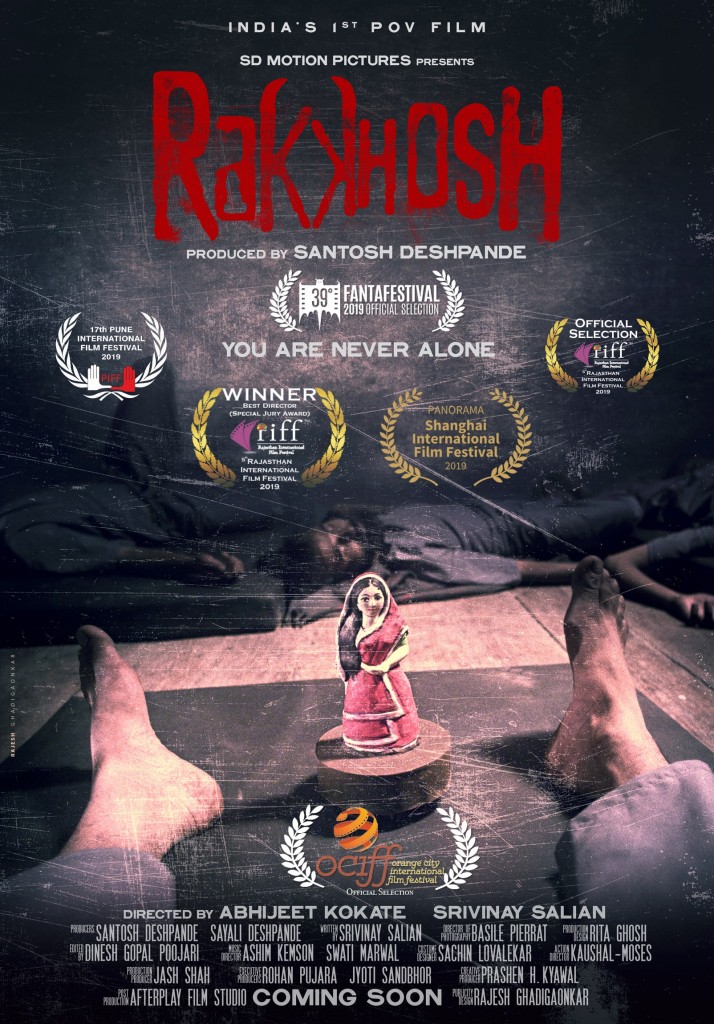