Graduation from the Film and Television Institute of India, Pune (FTII), was just the beginning of coming face-to-face with the business of movie making as it exists in our country. One has to accept it as not only a much needed eye opener, but also as an extremely alienating process that can take years to come to terms with. Soon, the realities of being a migrant, first-generation aspiring filmmaker hits you in the face. Survival takes over cinema. Something similar happened to me as well. I turned to television reluctantly but hit gold in my very first attempt.

What followed was many offers and many shows as a creative director until fatigue set in and I lost my job as a channel head. No, I wasn’t sacked….my boss got arrested. Suddenly the spotlight had switched off and the money was drying up fast. Adding to my chaos was a health crisis that made me realise I could leave this world without making a film. The obituary had to read: Sharad Raj, Filmmaker. While recuperating from the health hiccup, the mind started to jog and things were set in motion.

This coincided with the change in the political climate in the country, something that was deeply disturbing and distressing. I had for long been fascinated by two short stories of Fyodor Dostoevesky, The Dream of a Ridiculous Man and White Nights. Hence I decided to adapt the two with an added story by our very own Munshi Premchand, Bhoot. The journey of adapting these 3 stories began in 2016. The backdrop was chosen as the Muzaffarnagar riots of 2013 in the state of Uttar Pradesh. The challenges existed at two levels.

Firstly, I did not want to make it a political drama alone. For me it is also a crisis of existence that stems from the social or historical context. Hence the political had to be expressed in a poetic way, the two worlds had to meet. The film was also named around this time: ‘EK BETUKE AADMI KI AFRAH RAATEIN’ (THE JOYOUS NIGHTS OF A RIDICULOUS MAN). Secondly, the funding. I was not too keen to approach conventional producers; I wanted the film to be the star and not the other way round. The subject matter of the film pretty much sealed the debate of going to a film producer. 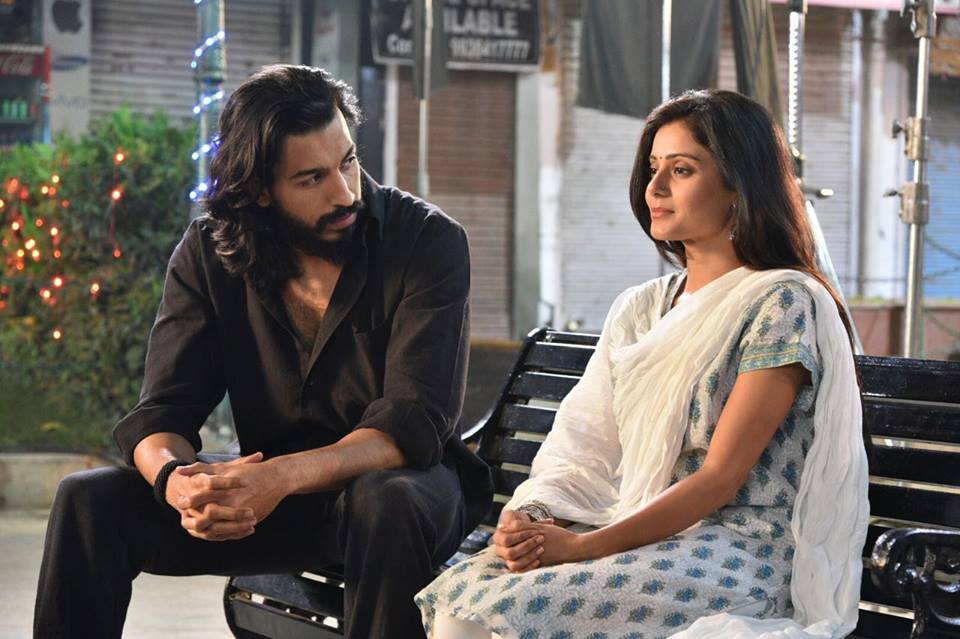 Some of my friends had been successful with crowd funding. So this was the route I decided to take. Wishberry was approached and a kind friend offered initial money to make a promo for the funding campaign on Wishberry. The campaign ran successfully in the summer of 2017 and we overshot our target by 5 lakhs!!! With some money in hand, I was sure the film would at least get a shot. Before that I had met my colleagues from FTII and told them I have a film but no money. Whatever money I am able to collect will go in the production of the film. Hence for now I will not be able to pay any actor or heads of departments. To my surprise they all agreed. Most surprising was the actors agreeing to this deal: these were people I had never met. I attribute it to the power of cinema. Each and every cast and crew member came on board completely pro bono, including Adil Hussain, who was a late addition to the film.

With the cast and crew in place and money in the kitty, there was no way production could be avoided. But then we realised that despite all the concessions, we were short on funds. Saleem Javed, the production head of the film, came forward and offered to chip in without even reading the script properly. Saleem put all his hard-earned money into a film that perhaps has no commercial value. No wonder people say that films just happen. No amount of dialectical analysis can explain the support that I got for the film. It has been an overwhelming experience.

The creative process of cracking the script involved months of film viewing of the renowned masters of world cinema while trying to arrive at a structure and a mis en scene that would make the universal, personal and vice versa. The script was actually ready after the crowdfunding promo was made during the campaign. Yet, by then, all the cast and crew members were on board.

The film has a non-linear structure that goes back and forth, and there are layers within layers of narratives. As much as it also follows the one scene-one take mis en scene, that harmonises with the overall hyper-realism of the film. The film is shot entirely on location, and follows the principle of non-interference with what is happening – this stems from my belief that artists are no one to interfere with life. As Andrei Tarkovsky said, “we can only record time”. The camera lingers on the characters in a given space to record this passage of time, and waits for any accident or magic that may happen. It eliminates the manipulation of events. Hence there are scenes where dogs casually stroll into the frame. My favourite example is the fly sitting on Adil’s pyjama in a scene. I’m not sure any maker would use a take like that, but it finds its place in Ek Betuke…

Another highlight of the film is dance sequence pictured on Adil and Archanna, who plays his daughter in the film. It is a primal dance between Brahma and Saraswati that articulates the desire of a foster father for his daughter as described by Premchand in his short story, Bhoot. Choreographed by Sanjukta Wagh, a leading Kathak exponent, the dance goes beyond the plot device and acts as a mythical justification for Adil’s lust. 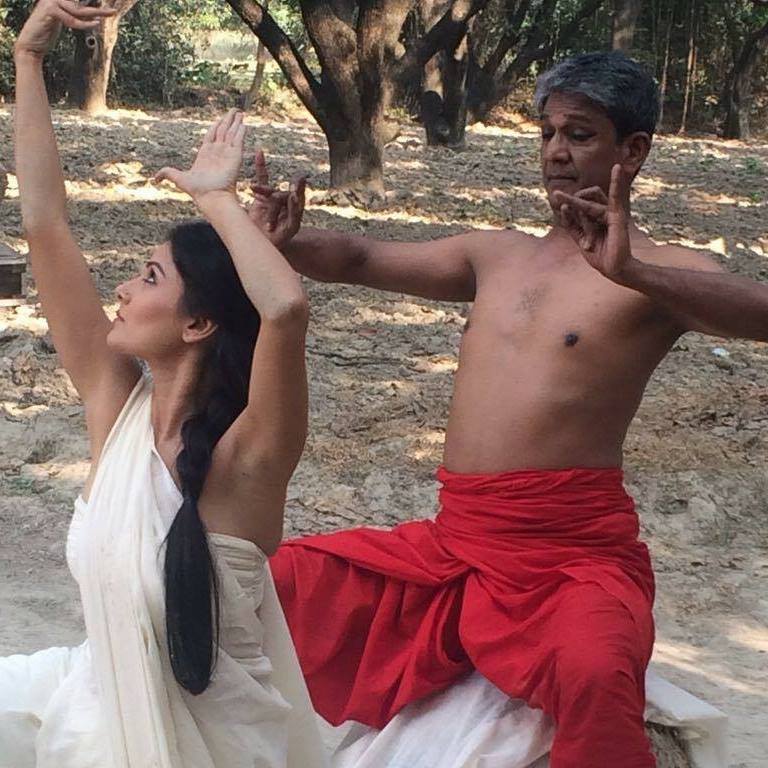 The music in the film is not composed, it is the rendition of pure ragas drawn from Dhrupad form by Pelva Naik, a fine exponent of Dhrupad from the Dagar gharana. It is independent of the visual, hence doesn’t necessarily compliment the visuals but tries to create a new emotion through a dialectical relationship with the images.

With the form of the film finalised, the artists were told NOT to act and just be themselves, as normal as they can be. And we went on the floors. The sheer commitment and participation of everyone from the cast and the crew to the contributors, friends and family is something I can neither describe nor repay ever. All I can say is that I shall never make fun of the million Thank Yous that stars give during award functions, for never does the maker ever make a film alone.

Today the film has a French distributor and is slated to release in France in December. It had its World premiere in Toulouse last month and had its North American Premiere on May 14th at the Toronto South Asian International Festival. Critics in Toulouse gave the film a 4-star rating and the film got a fantastic ovation and response from the audience.

Ek Betuke…is a dream come true. It has prepared me for a barrage of forthcoming films that are currently being scripted.