The transmutation of “Lithium”

Nuclear transmutation is the conversion of one chemical element/isotope into another chemical element. The transmutation of Lithium atoms to Helium, in 1932, was the first fully man-made nuclear reaction. What I try and describe below is also a kind of a transmutation – from Nirvana’s iconic track to Zykr’s jagged rendition and finally to a music video that attempts to interpret it in the context of present day middle-class India.

It was a hot summer evening in Delhi. A film was playing in an almost empty theatre. In an unexpected moment of silence in the otherwise decibel-heavy-event-film – as the handsome screen-god drifted into the dark folds of empty space – a strange shuffling sound from my left attracted my attention. As I turned towards the source of the sound, I saw my friend staring up at the expansive screen, open-mouthed, tearing up at the collective loss everyone felt in the cinema hall. He was furiously rubbing his fingernails.

I had heard of it from my parents. My friend, probably from his. ‘..they say that rubbing fingernails can do wonders for the hairline..’ Is it an actual science though? Did my friend even realise what he was doing? His simple, involuntary action got me thinking.

A thousand things are passed down to us. From our families. From those around us. From our community. And they become a part of us, almost unknowingly. Unquestioningly. But what if we don’t accept them? Will our communities still accept us?

‘We should do something together, man!’

Aseem and I had been talking about collaborating for years now. Both of us, kind of, began our journey into the arts together. He went to the Berklee School of Music while I pursued Film Direction at the Film & Television Institute of India (FTII). I moved to Mumbai soon after and met Ruchika Oberoi who was putting a team together for her first film, Island City. What a wonderful experience that film turned out to be! I had been skeptical about my move to Mumbai earlier, but here was a set of people who were really passionate about cinema and ready to fight for it. It was like extended film school, with all its idealism and raw energy. ‘What a great way to start this chapter’, I thought. The next couple of years turned out golden. Chidiya Udh, my thesis film at FTII, was chosen as the sole Indian entry to Clermont Ferrand in France. It played at the Kochi Muziris Biennale and went on to win 2 National Awards. Almost simultaneously, Island City premiered at the Venice Film Festival and bagged Best Debut Director! It was all so exhilarating. All so perfect. How the reality of paying monthly bills crept into this ‘picture perfect’ life is anyone’s guess. But before I knew it, a couple of years had passed and there I was, caught in the day-to-day of making a life in this city. I needed to break out. And fast.

Aseem, meanwhile, had finished music school, and was struggling to put a band together in Brooklyn. Having grown up in India with an engineering degree from IIT Delhi, his path had pretty much been set. So when he chose to leave his plush corporate job and pursue music, not many people shared his conviction. It was as if he suddenly had to prove himself all over again. And now that school was over, the urgency of ‘making it’ was gnawing at him like never before. Not to mention the gruelling visa process to stay on in the US. Zykr was born shortly thereafter, in the midst of all this turmoil. 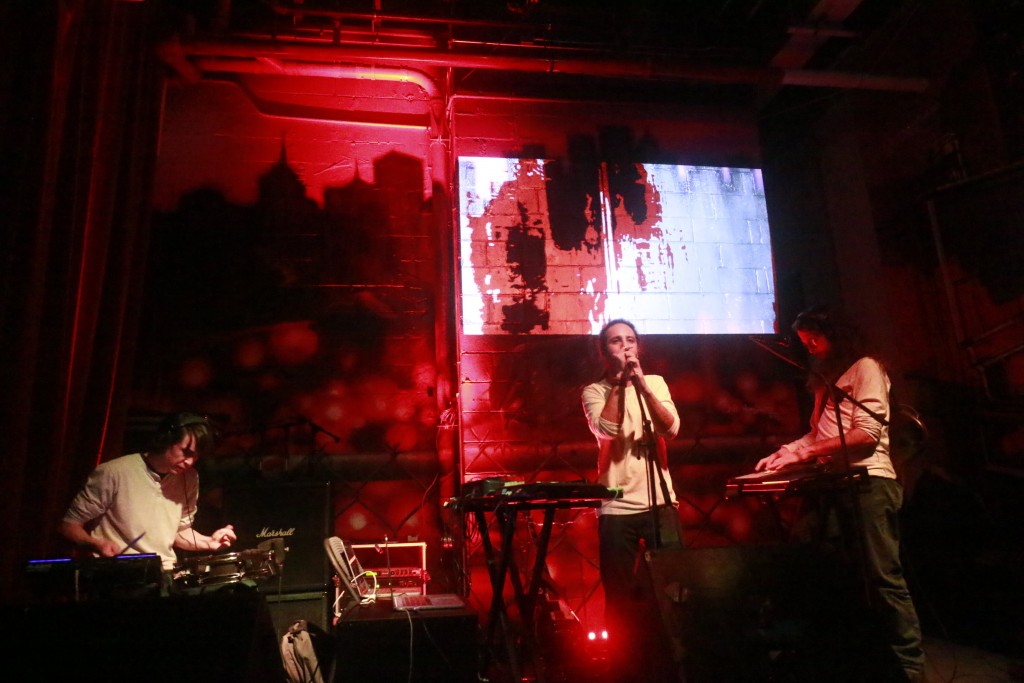 When I heard Aseem’s re-interpretation of Nirvana’s classic Lithium, it took me completely by surprise. It was nothing like anything he had written before. It was brutal. Like a silent scream. Desperate. Glitchy. Serrated. Yet silent. And it resonated with me quite strongly. If there ever was a project that we could collaborate on, it was this.

Aseem had come down to India for the summer. I was working out of Delhi for a bit. It couldn’t have been planned better. I wrote a few drafts about a family heirloom being passed down. Involuntarily, the family in my head became Aseem’s family. And the house in the script became his family house. But when I narrated the script to his parents, their hesitation was quite palpable. ‘How can we play such heartless parents to our own children?’ They were no actors, after all. And although I really wanted them in the film, I knew I shouldn’t push it. It was just too real for them. Too close home. Thankfully, their dear friends Ruchee & Sanjeev Kapoor agreed to step in. Astha, of course, was born for this part.

We did a couple of workshops with the cast. It was important for them to reach a point where the everyday presence of one in the other’s personal space was almost taken for granted. Like a real family. It was only then that we could start delving deeper into individual constitutions of the characters. The journey, for them, had to be internal. It had to draw from their own experiences of parenthood, of obligations/duties, of loss. And they were more than forthcoming. They wholly surrendered to the process.

We shot over three days in Aseem’s house. His parents – Ameeta & Sunil Suri – became the force behind the video, taking complete charge of the production as if they’d been doing this for years. We also got lucky that a dear friend and cinematographer happened to be in Delhi at the same time. Sunayana’s innate sense of image and a deep familiarity with this milieu made her the perfect fit for the project.

I had earlier come across a fascinating series of portraits by Bharat Sikka titled ‘Indian Men’ which became a strong influence for us in creating the world of this family. The space had to be ‘domestic and familiar…(a space) we all exist in, our home – amongst personal belongings and memories’. But we didn’t want to feel at ease in this environment. In fact, we wanted to shoot in a way that suggests a counterpoint to this familiarity. That suggests a loneliness, an isolation. 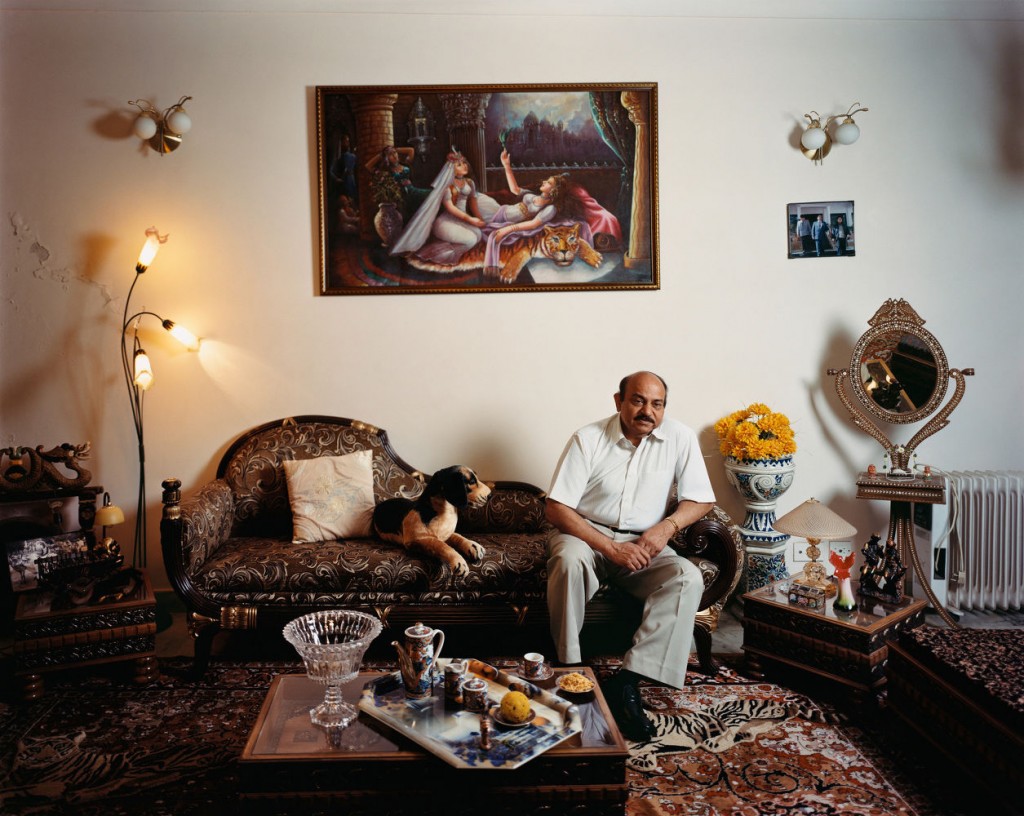 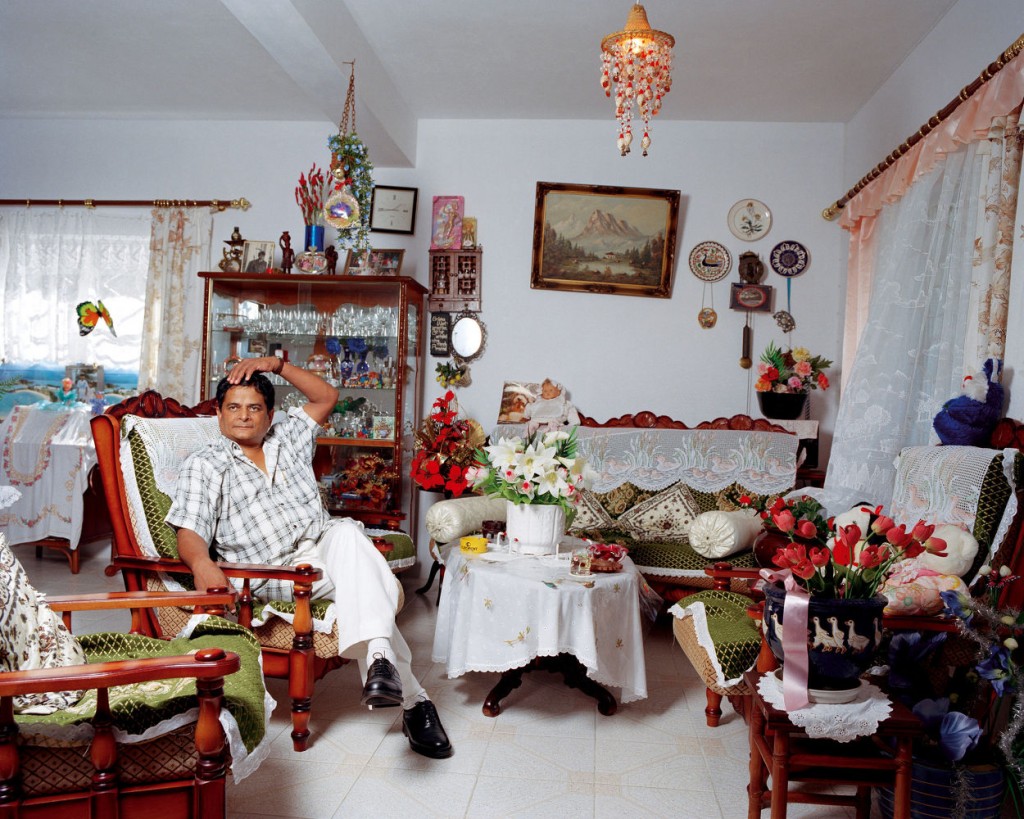 The experience of shooting, however, was anything but lonely. Friends & family all chipped in. Most people involved in the production – be it the cast, the producers, the art director (Shivani Aggarwal) – were all doing this for the first time. But the energy on set was infectious. It felt more like a family gathering than a shoot, with everyone sitting together at the dining table for meals, trays of chai being passed around every couple of hours, and the family bedrooms converted into makeshift vanity vans – complete with animated discussions on politics, the economy and taxes. It felt kind of bittersweet when it ended. 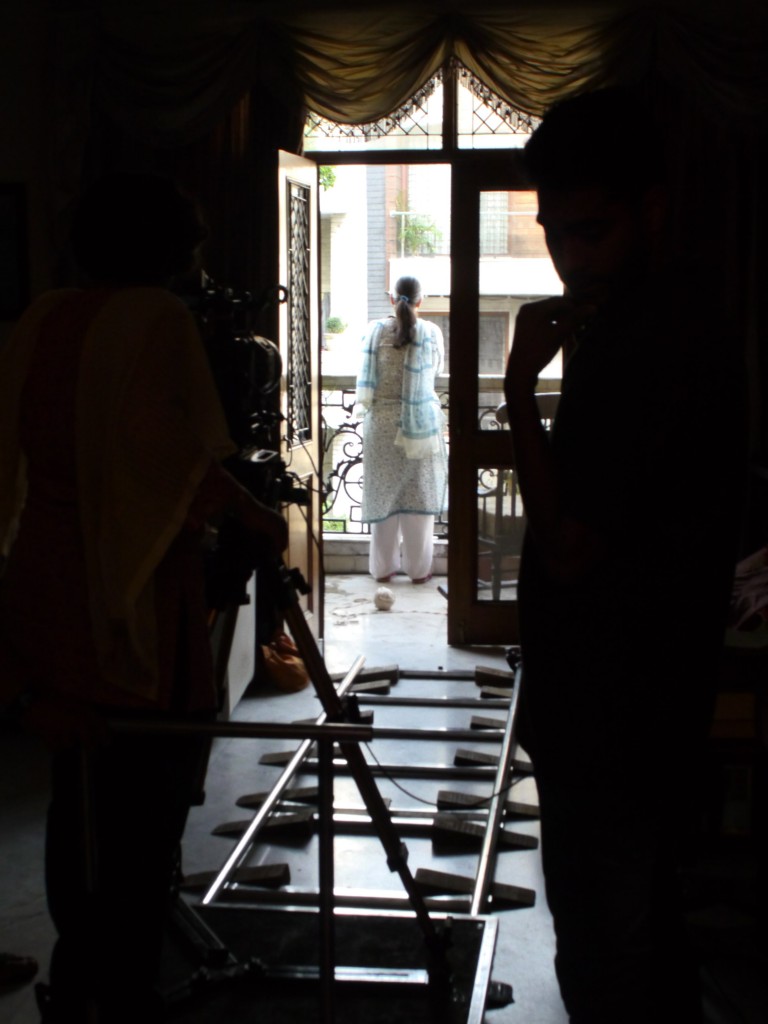 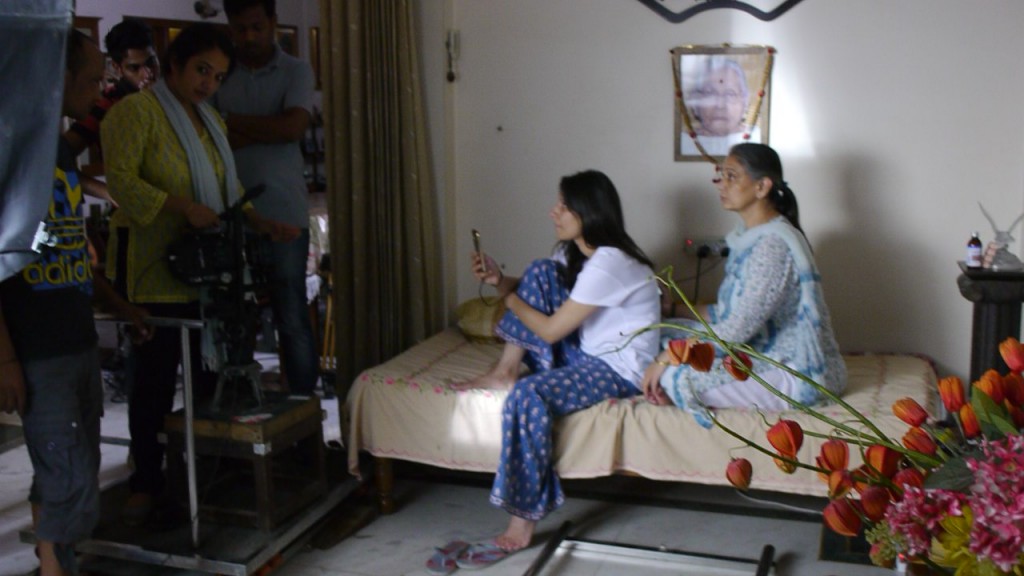 People remain in straitjackets their entire lives. Without questioning. Without transgression. Digging deeper, one realises that these self-imposed prisons are mere replicas of much larger structures that strictly define our societies. Rigid and oppressive. Claustrophobic, even. I have always been drawn to stories of people seeking to break free from these systems. How do we transcend the lives that have been pre-ordained for us? Or are we destined to keep going round the same wheel, time and again?

It is often in the most unlikely of places that rebellion is born. And it is a thing of immense beauty – when people choose to ‘not belong’. When they refuse to live life within oversimplified definitions of themselves. With my films I try to question the structures that define/control us and in the process, examine my own identity within the context of contemporary India.

In this video too, we see a son who doesn’t fit in. A family that decides to let him go. And a daughter that carries on, thus perpetuating the cycle. However, the performative nature of grief is absent. Instead, there is an acceptance. A weariness. And a silent ritual of discarding.