Film Review: For Here Or To Go?

For Here Or To Go?, an Indian-American crossover movie directed by Rucha Humnabadkar, tells the story of a 28-year-old Silicon Valley engineer named Vivek (Ali Fazal) during the 2009 recession. It depicts the constant anxiety that most young NRIs have to live under in order to make a life abroad. Vivek dreams of being a tech-healthcare entrepreneur, but like most immigrants working in USA, has a lot of H1-B visa paperwork to worry about. His ‘temporary alien worker’ status frustrates his ambitions, and he is afraid of going back to Mumbai as a rejected professional. In the meantime he falls for the daughter of a famous Indian entrepreneur, tries to find a company to sponsor his green card application, and a chance adventure with his roommates helps him learn about the unsettling climate of layoffs and revoked documents. The film depicts his journey as a one-sided race against time, with one year to go on his visa and his increasing frustrations with the US immigration system. 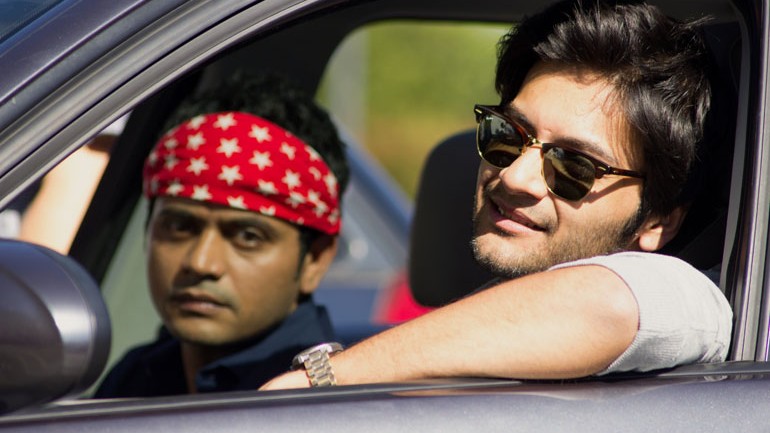 The film played at MAMI Mumbai Film Festival 2015, and releases in Indian cinemas this weekend. It looks a bit dated, but the subject remains relevant and timely, especially with the hostile lockdowns by the current American administration. Fazal however is the only actor who doesn’t seem to be playing a stereotype (we only learn in the end that he is a “South Indian”). His generic-hero look actually aids the film’s message to be broader than it is. It helps that he has acted in Hollywood movies already because he doesn’t have to put on the usual ABCD performance, where it’s a desi actor being wide-eyed and out of place. His flat mates are clearly playing to type, with Omi Vaidya (Chatur from 3 Idiots) and particularly Amitosh Nagpal overdoing their representations of South and North India.

Melanie Chandra, as the aspiring lawyer estranged from her successful father, is unremarkable because of a script that doesn’t offer her more than one dimension. Her father is played by Rajit Kapoor, a terrific stage actor, who is also reduced to an existential, one-note millionaire who is in the news for writing a controversial book urging young Indians to go back home and contribute to their economy. His is an interesting character with a backstory and several layers, who could have headlined a separate movie of his own. 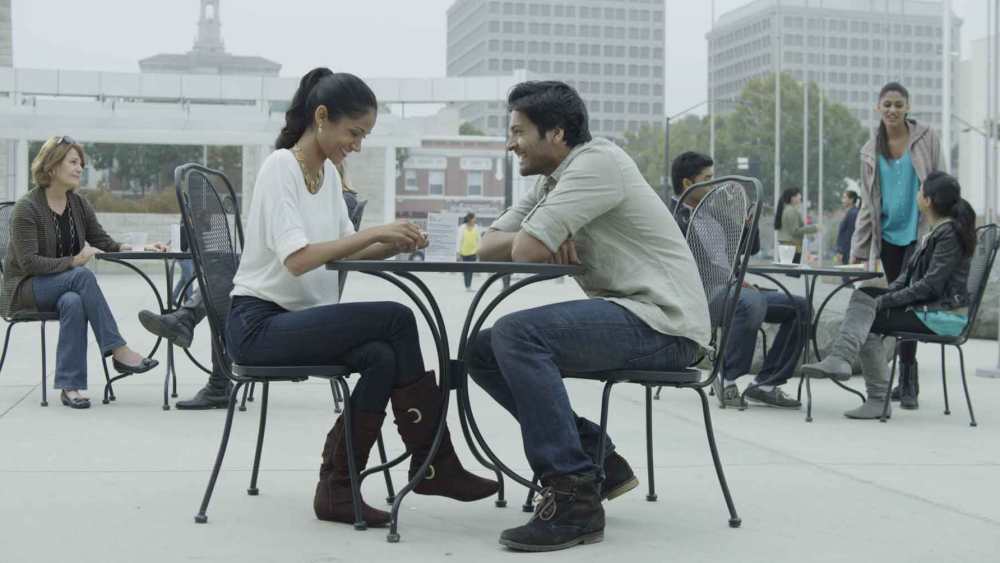 Fortunately the film seems to be written and created by people who may have lived through these experiences. The problems feel authentic enough. Their penchant to dramatize one story does not take away from what the film is trying to say – in fact, the protagonist is not particularly patriotic either and is only forced to reconsider the concept of “home” because of unfortunate technicalities. This unseen, ugly angle of the great American dream is not the easiest topic to make a movie about. The limitations and indulgences therefore are understandable. But maybe a little more craft would have elevated the film from average to novel. The form and ability to engage is always important, because performances can go only so far in painting a difficult picture.

The title refers to the American cafe protocol, when cashiers casually ask customers if their order is a takeaway or not. The analogy is striking. If only the entire film was as smart as its title.