Shlok Sharma’s ZOO had its Indian premiere in the INDIA GOLD section at the just-concluded Mumbai Film Festival. After the critical success of his first long-delayed film, Haraamkhor, ZOO (starring Shashank Arora and Shweta Tripathi) is his second feature — now famous for being the first-ever Indian film to be shot totally on an iPhone 6.

Here’s HEENA D’SOUZA’s quick chat with Shlok about his latest film during the festival: 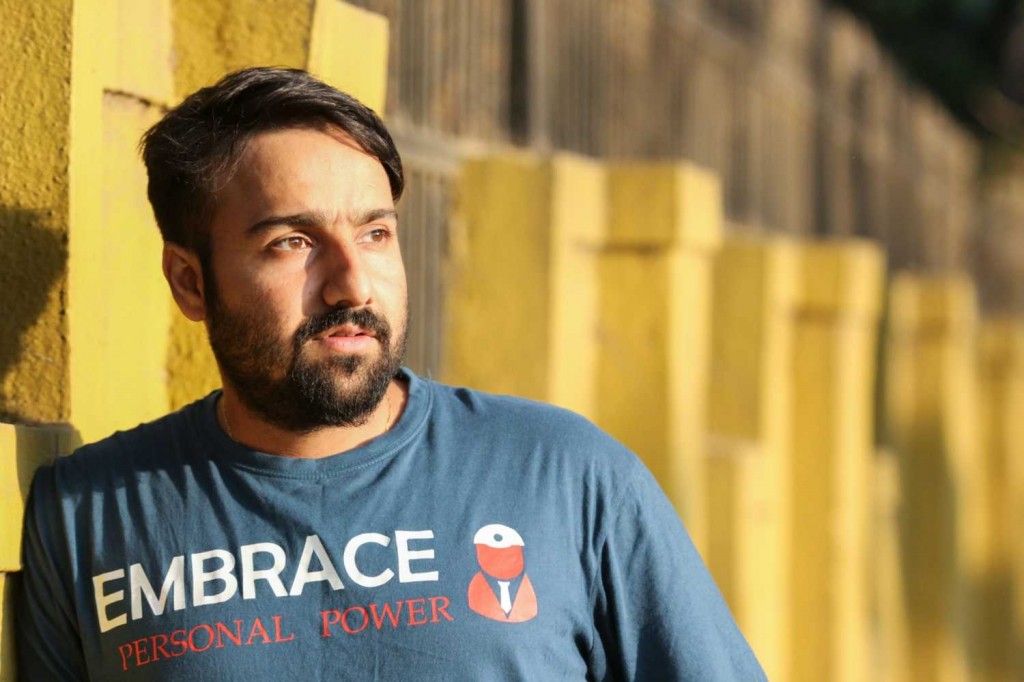 This is your second feature after the acclaimed Haraamkhor. How have you evolved as a filmmaker?

SS: I believe the second feature film is more difficult to make because now you have the pressure of audience expectations attached to it along with the pressure of making a better film.

As far as the journey is concerned it was similar as well as different from my first film in many aspects. Similar in the sense that like my first film I had to give a lot of personal attention and do things personally to get the project completed. Different in the sense that my first film was produced by Guneet Monga but this once I produced myself. Not because I wanted to but simply because I had no patience to look for producers. Unlike my first film which took 4 years to release, I didn’t want this one to linger on. I am very thankful for the support that I received from my team despite the fact that this was a self-produced film for which I wasn’t able to pay them enough for their contribution.

Also it’s different in the sense that the film is entirely shot on iPhone. I was very inspired after watching Tangerine directed by Sean Baker. So I chose not to wait for an expensive film camera and instead used whatever resources I had to tell a story I wanted to tell. So in a way this feature is a lot more personal than the first one.

I don’t know how much I have evolved, but I have learnt a lot during the process of making this film. I have always worked on stringent budgets but this one was particularly low on budget since we had no producer backing whatsoever. I have never been to a formal film school. I have friends from FTII who used to tell me stories of making their student film and how a small team used to come together to make something which was aspirational to everyone. So to me this felt like a student project. We had a ten member crew wherein everyone was multitasking and hence there was a lot of learning involved. On top of it what we were doing was also very experimental. So to complete a feature film with limited resources was a very exuberant experience in totality.

Why didn’t you choose to go through conventional distribution channels to release your film? Are film festivals a better platform to find appreciation for the kind of cinema you make?

The kind of films I make is purely for cinema lovers and festivals happen to be an apt platform to find such an audience. So like we did with Haraamkhor, we will send the film to as many festivals as we can before releasing the film. Also before releasing the film we will strategize about which are the most suitable platforms to release the film. Festivals, I believe, provide you with a global audience which helps you gain a fresh perspective on your films.

Tell us about your experience shooting Zoo.

Working around a restricted budget is an experience in itself because it teaches you how to be resourceful in the worst possible scenarios.

The biggest challenge was of course to get a good team together. Since we didn’t have enough budget to match people’s capabilities, the only way was to get them excited about the project and to keep the excitement alive till the completion. The same limitation also works out as a boon because when people associate out of common passion they usually go all out to make it a success. Hence it was a great experience seeing a small team come together to work on the scale of a feature film.

We had to haggle a lot to reduce our location and post production costs since expenses like booking a studio, technical staff and equipment have fixed rates — in fact more when they categorize your film as a feature film. Fortunately shooting on an Iphone really helped, especially outdoors because when you are shooting people don’t realize that it’s a film being shot so there is no question of crowd management. It also helped us to bargain while booking locations as there was no heavy setup involved. So the restaurant which would have ideally cost us around a lakh was booked in 20,000.

The title and trailer looks quite intriguing. What is offbeat/unique about Zoo?

Well, I would say that Zoo is simply a story about three very interesting characters and their journeys. What makes this film very unique for me is the fact that two of the three characters in my film are played by non-actors. These are two young rappers from Dharavi trying to live their passion of rapping in a society which is very new to the concept. What mesmerized me about them was the fact that these are passionate, informed and self learnt people who take their art very seriously. They consider Tupac and Biggie as their gods and are very well versed with the history of rapping. Their life is so interesting that despite of being non actors their persona stands out on screen. It was almost a reverse process for me wherein instead of directing them I was absorbing their lives. So in this sense the film is very interesting, as it gives one a window into the life of such interesting people.

After watching Haraamkhor, I would call it a tragedy as senseless as it is in reality. How would you define Zoo in a phrase?

I would call it “a striking reality”. When I was researching for Zoo in Dharavi I came across stories that to me sounded very bizarre. For instance, there were a lot of stories around suicide and youngsters drinking phenol to commit suicide. Generally when you think of a person who has committed suicide, you think of a dire situation that might have pushed the person to it, like maybe depression, lack of social circles, financial troubles etc. But when I interviewed some of the young boys their reason for attempting suicide revolved around things as trivial as their mother shouting at them or not letting them go where they had to. So for me, it was an awakening that at times truth is not what we logically presume it to be.