The arts have always prospered under the patronage of royalty or governments. If arts are reduced to mere business, then they automatically shrink themselves into a mere source of entertainment and pleasure for the audience. Delving into arts is not easy. It is an acquired taste and not the taste of every common man. I picked up a beautiful postcard from Strands New York on one of my recent trips that said, ‘Art should comfort the disturbed and disturb the comfortable,’ — and that is all Art should be about.

I cannot say much about other forms of art as I am just a commoner in my sensibilities, but I can talk for films.

I live the biggest dichotomy there is. I have acted in mainstream Bollywood Cinema, but have produced “Art House” films. And I just fail to pine for one. It’s like having parents with different food choices. They can fight between themselves over the vegetarian and non-vegetarian choices, but for you, both are just your parents. One provides and the other nurtures.

Thinking further, I was reminded of my school days. We were made to write a Hindi-language essay on “population explosion” in India. I very well remember that one of the reasons cited in help books was that India had no source of recreation, especially rural India, and so there is a population explosion. Being in class 9th, you can imagine the giggles and hushed voices in my small-town English Medium school, where we hardly really spoke English.

Yes, India in general lacked sources of entertainment. The theatre was for bigger cities like Bambai, Dilli, Kalkatta and Madras, and the local cultural fares were seasonal affairs in smaller towns and villages. Hence, movies became a religion. That was the only outing every family actually looked forward to.

All this made sure that cinema means entertainment. People would want to just escape the drudgery of their mundane life, and smile and cry for those 3 hours. Anything less than two hours and thirty minutes would make them feel cheated.

But times have changed. Modes of entertainment have moved from a big screen to a handy. And a handy or a mobile phone is censor-free. If I am a young adult, I world rather sift through my content there, and be more amused by what I can discover there, than by some random film that has nothing to its credit but a star and bigger budget. 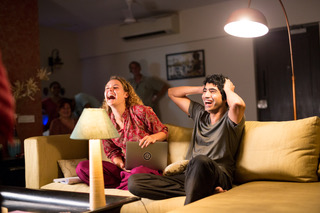 The fact is: there are more YouTube stars than legit movie stars in today’s world. The internet has broken boundaries and whatever is available to a teen or an adult in the West, is now available to her/his counterpart here. And everyone, almost everyone, has a mobile phone. 88 % of Indian households have a movie and 23% have smartphones. Do the math for a 1.1 billion people. The millennials have everything at their feet. While it took me ages to get my hands on World classics, they have it all available, often free and on better platforms.

And I believe this will be the game changer for Indian cinema. This will start merging the perceived Himalayan boundaries between commercial cinema and festival films. One side, which is anyhow high on content, will have to spruce itself up for entertainment, and another side will have to actually start laying new foundations with content as basis. Time and again, big-budget and star-driven films have proved that the budgets have to be justified by stars.

And it was. Always. Until last year.

Suddenly, the audience is actively looking for content. They want to go to the cinemas for a story they can connect to. In the magnum opus category, they are getting a constant feed of 20-30 (out of almost 60) Hollywood films a year. And half of them are damn good. More so, Hollywood is trying to capture the impregnable Indian market by dubbing their films in as many as six different languages now.

There seems to be a mini-revolution happening. A storm is brewing. We can ignore it for as long as we wish. But within the next 18 months, everything will have changed. 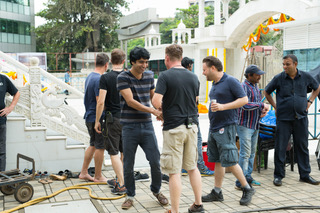 So frankly my dear, no one cares. No one will care if you don’t make a film with content.
Hollywood flicks do glamour and special effects much better than Bollywood. Their action and franchise films earn far more than our own in India these days. Sex and rock n’ roll is available — and far more authentic and organic — in European cinema, where it is not done merely to titillate you. Dharma and YRF have taken you across the world. Whatever little was left to travel across, Game of Thrones took care of.

When I started out as an actor in Mumbai, I too had dreamt of a launch with Yash ji. I also wanted to do only big-budget commercial films and to dance and run around trees and do family entertainers, and I had these naïve and unrealistic expectations of becoming an overnight sensation. When you have a famous surname, you can be an overnight sensation and get multiple chances over and over again, but to get your name etched in the history of cinema, you will need talent, and more than that you will need to prove yourself repeatedly. One film wonder to one season wonder are tags that no one wants to be labeled with.

And that takes me to my next big worry. What after LOEV and The Road to Mandalay? Both films are super tough to supersede. I will always be extremely proud of LOEV. It is and always will be a milestone in my journey as a film professional. And it troubles me at the same time that it might just put me easily in the producer category of “One Season Wonder”. The bar has been raised. 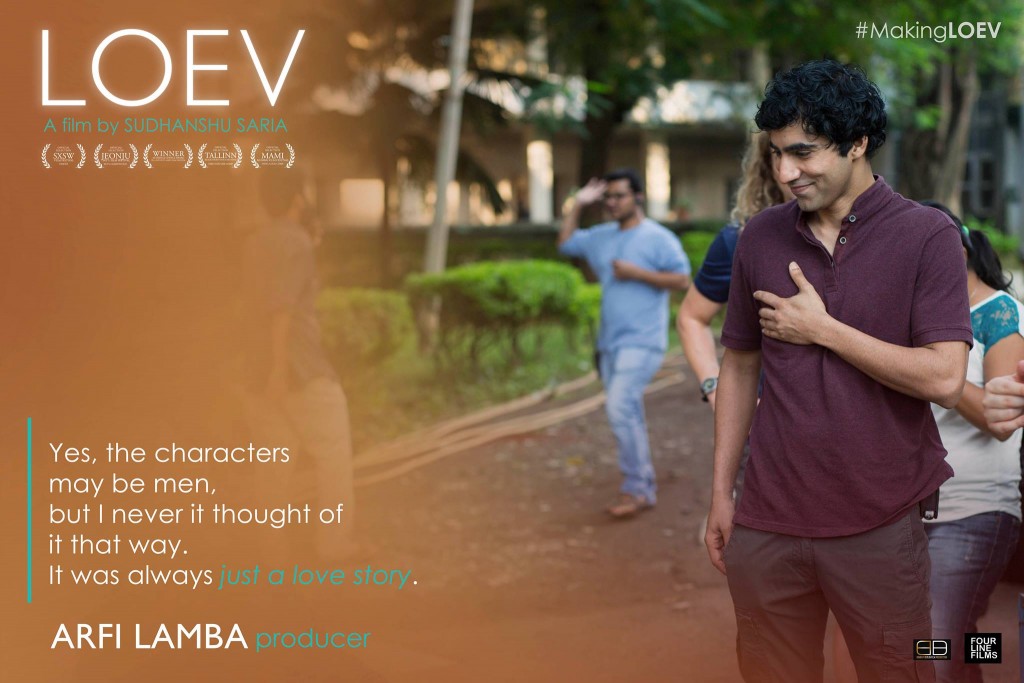 As far as the actor in me goes, I am more self-assured, especially after my recent acting workshop with James Kemp in New York. I see a lot happening and coming my way. One of the best things that happened was when I started getting constant praise for the romantic lead I played in a German film that played on their biggest TV network across three German-speaking countries. I romanced my prettiest co-star ever, I acted on TV, I did it in a foreign language and people loved my acting. With ever changing cards being dealt to everyone, who knows if I am the next black sheep?