Overs the years, my journey as a filmmaker is no less than a roller-coaster ride. During my early days of theatre in Barry John classes, I was not sure what I wanted to do. But, one thing which was certain was my interest in films. Be it acting, working on the sets or simply watching films. 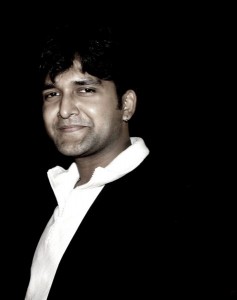 I began my career into films with Sidharth Srinivasan’s feature film Pairon Talle (Soul of Sand). Working as a chief assistant director made me understand that no matter how impossible it looks to be, it should be made. And just like Stanley Kubrick says, if it can be thought, it can be filmed. I follow that too.

In my early days of filmmaking as a director, I used to regularly travel for work to Mumbai. And one day I decided to stay back. During my stay, I figured many things in the claustrophobic city that you will have to work constantly for people to remember you. This is where the script of my first short film (Aakhir) developed. And after I wrote many drafts of it, there came a time when I felt this is what the script should look like. I headed to Delhi to shoot it. Interestingly, my stay in Delhi didn’t contribute in helping me write a script, but leaving Delhi and staying in Mumbai helped me write the script. See, that’s the magic of this city.

Aakhir was screened in 42 prestigious international festivals. It won 6 awards and 7 nominations in various categories. It was eventually distributed for the television in the US, Europe, Middle East & Africa.

Making of the film:

Amma meri is the outcome of many collaborations with filmmakers for various projects I was involved in. There were many projects in which we researched and shot in parts of Uttar Pradesh and Haryana. During these research & interactions, I came across lot of issues, a peep into people’s mindset: how a father is looked at, how a daughter should behave, what should a wife be capable of and so on. During those trips, personal human stories hit my mind. I began to think beyond what I saw or was told about. This is where Amma developed.

Anurag Arora, a popular actor who has played the protagonist, and who has acted in films like Dangal, Raees, Oye lucky! lucky oye! and many more, was introduced to me by my late friend, Shivam (Pradhan). To be honest, I had Yashpal Sharma in my mind before approaching Anurag sir. Now that he has played the protagonist, BALRAM, I can’t think of anyone else for this character. He did what he is best at. 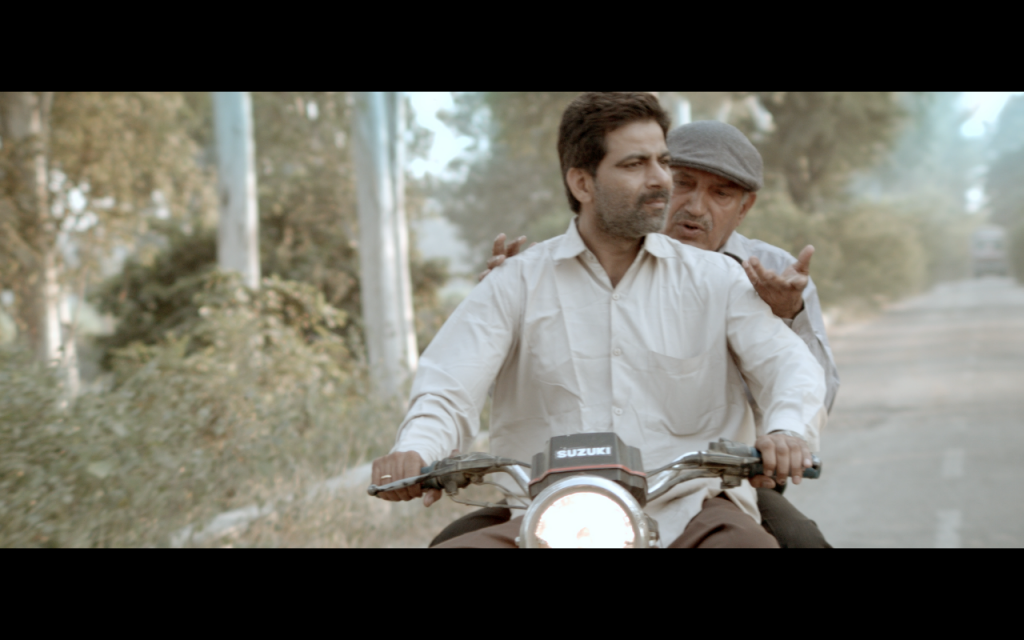 There were many difficult shots. One was the extended highway shot. In it, the crew had to manage a huge mob who had gathered to see the shoot. People were excited to see the cameras. Again, the traffic, too, needed much management. We did that quite well. The role of Amma was played by Devki Rani Ji, who was quite fragile, so shooting with her on the bike was quite a challenge. Although, she was very competent and very much into the scenes. Not to forget Karan Thapliyal, my cameraman, who was able to pull those difficult shots despite all odds. 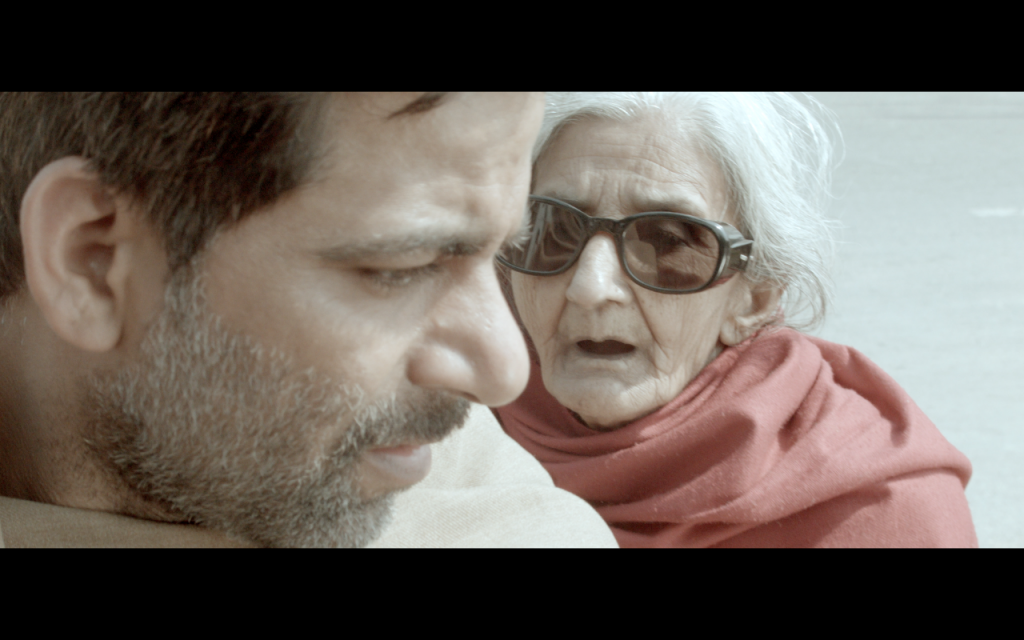 For me, most of the films evolve on the edit table. Amma meri is one of them. Rajan Kumar Singh, one of the editors of Amma Meri, did know that a story could also be told entirely on the edit. Shajith Koyeri, another powerful team member of Amma Meri, is the best sound designer I have worked with. Sound, which needs a lot of attention and is often underestimated by us, was entirely taken care of. He understood the language of the film’s sound. 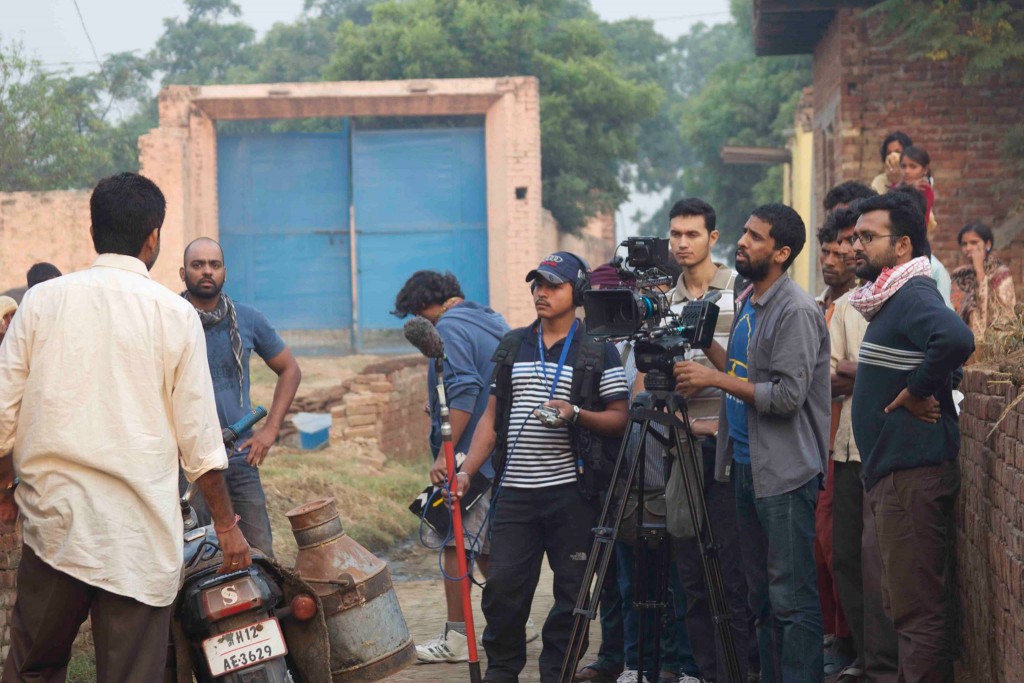 The film had its World Premiere at International Documentary & Shorts Film Festival of Kerala (IDSFFK). It was in competition there, and was appreciated by the audience and the jury members. We hope to have an International Premiere soon. 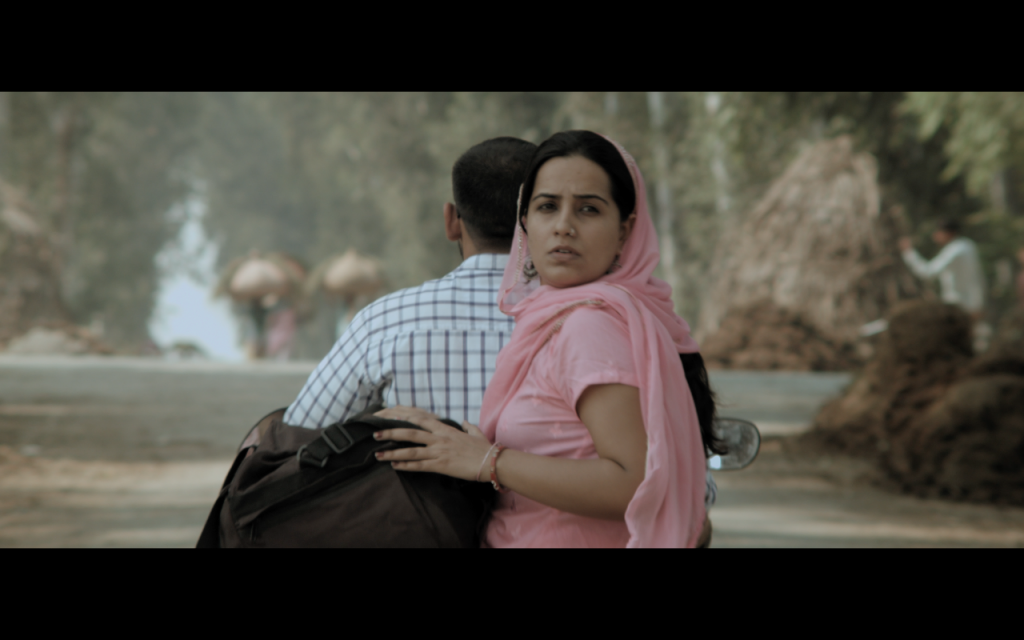