Rajveer Singh: Between Roles and Models

In June 2017, a small Indian film named G Kutta Se, directed by Rahul Dahiya, hit select screens across the country. Set in the darkest patriarchal depths of rural Haryana, G Kutta Se is a bleak snapshot of a land where honour killings and misogyny is still a way of life — mildly reminiscent of the evils Anushka Sharma is left to battle in NH10, and the “Love” part of Dibakar Bannerjee’s Love Sex Aur Dhokha.

It remains one of the most hard-hitting, disturbing and well acted films of the year so far. Its lead actor, Rajveer Singh (photo credit above: Sonia Frydrych), stood out for his restrained and conflicted performance as Virender — a relative “goodness” stuck in an environment that insists on bringing out the worst in him. 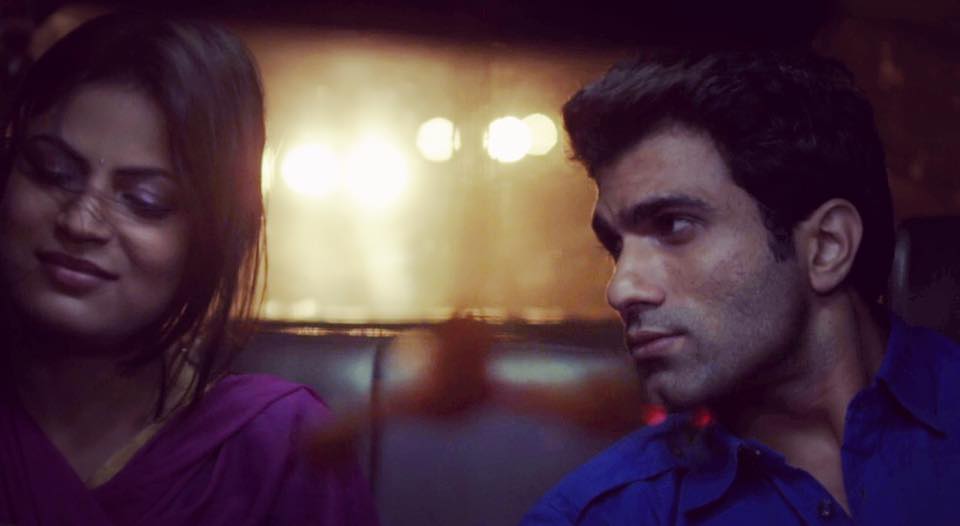 Here’s our chat with Rajveer, whose rather unconventional Hindi film debut has been noticed by critics and cine enthusiasts:
It’s usually a little unsettling when we see a model stand out in a proper lower-India “film” setting. But despite your appearance, you sit well into the Haryanvi setting of G Kutta Se. How did you — and the makers — go about this tricky aspect?

RS: When I was called for the audition of this movie, I didn’t go thinking it’s a small independent movie and there is a certain risk to it while I saw my other fellow models waiting for a typically big banner to launch them. Eventually I went for it and auditioned a couple of times. While i was going through this process, I got to spend time with (director) Rahul Dahiya, and I understood his vision. That was it. I’ll be honest: there were times I doubted my decision. But I had immense faith in the project and I was proud of the fact that I could be part of such an authentic film making process.

Choosing a bleak, hard-hitting indie as your acting debut is an unorthodox choice. Was this part of the plan? Or did your attitude change once you came to Bombay and analysed the (very tired) current mainstream scene?

No, it was not a plan for sure. As I mentioned before, nobody wanted to actually go through the process of making a difficult and hard-hitting movie like ours. It takes a toll both physically and mentally. But purely as a participant, I learned so much about the craft of film making and myself as an actor — which I wouldn’t if I was sitting in a vanity van and doing a big-budget mainstream film. The thing about small films is they accommodate intimate setups; nobody’s work is limited to a single role. It was a risky step but I had to take it to prove that I can act — models aren’t usually expected to do this — and be a part of a beautiful storytelling exercise.

How difficult was it to be a half-hero half-villain in a film about patriarchy? On one hand, Virender protects an eloping girl from getting raped (because maybe he liked her), and on the other, he is supposed to be fine with his sisters getting killed for something similar.

Emotionally, it definitely took a toll on me to be a guy who is the product of this withering society. It was very difficult for me to be in that complex zone and (look like I am) fighting my own demons. But that’s who we are as human beings; we all are in that grey zone.Everyone has a side to them they don’t want to see. We rarely get an opportunity to be honest about our nature. Sometimes, films give us that chance. 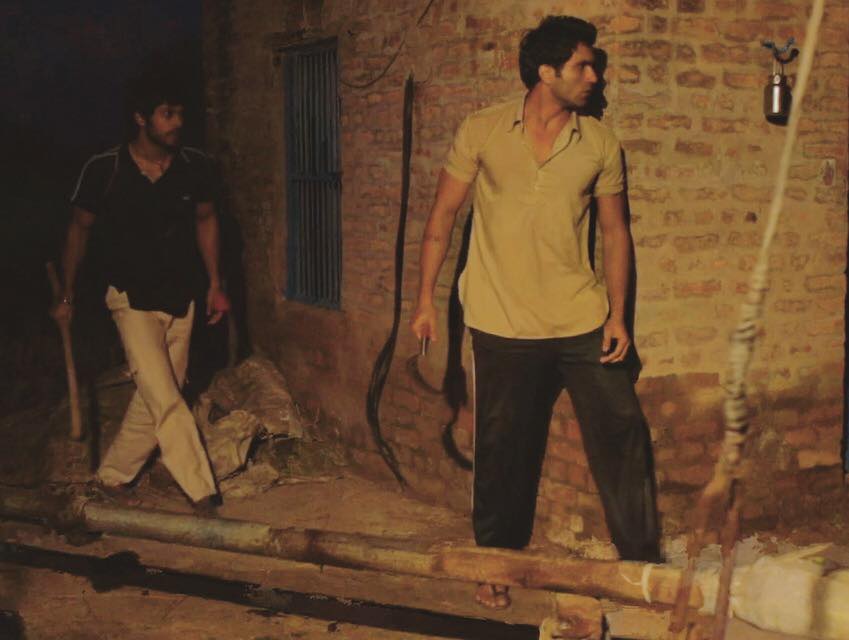 Being a jaat, I know things about Haryana but have never lived there. I could understand haryanvi but couldn’t speak the language so well. And my director wanted his film to be as authentic as possible. So we had to go thorough an intense month-long workshop. It wasn’t easy to remain motivated on all days. But this helped me understand the depth of the character, with an added advantage of me being a farmer. This background helped. I did a lot of acting workshops, but somehow, more than this process, my roots and my life experiences helped me understand things better as an actor. For instance, I could understand and relate to the grief for my (little) sister because I lost both my parents just before the shoot. I have seen things in my life that I wish not many people should see or go through.

What was the most difficult scene of the movie for you? Not just acting-wise, but as far as the “feel” of the scene is concerned, too.

The scene where I realize what has happened: I had to let it sink in and break down without a word, in the dark room, after my sister’s brutal killing (by our parents). That was the most difficult moment, because I loved my sister dearly and realise that she is gone for a reason, because of a certain culture, which I was also a big part of. I had to pull on all of my mental reserves and bare myself without succumbing to melodrama. 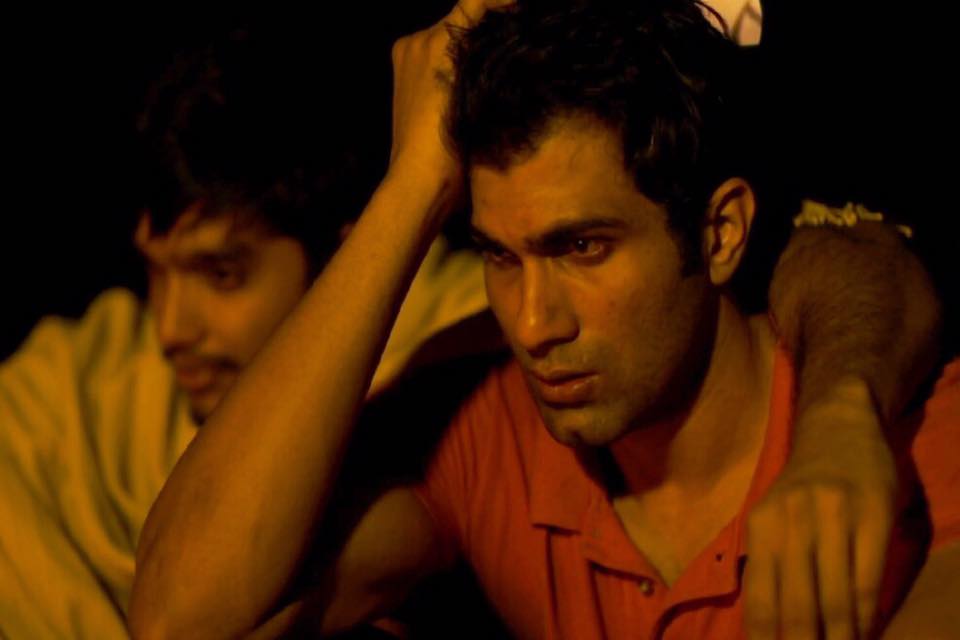 Virender looked like a reluctant participant in his family’s honour-killing culture. There is a clear difference between his soft temperament in the car with his friends and forcibly manly temperament back in the village.

He is in constant denial of the fact that he belongs to this society. But he is a part of it. There is more good in him than bad. He starts as the least bad person amidst a lot of badness. When his own sister dies, he knows internally that it’s not what should have happened, and now he is slowly becoming a part of something of this magnitude. He is a misfit, and yet can’t express it. He knew this time would come. A genuine lack of comfort with the (manufactured) environment around me did help me, too, as it gave me a different perspective of what my character could have felt at that particular moment.

The film got a small release, and got some good reviews. But I’m not sure many in Bombay know about it. Did it get a response up in the North?

It’s sad that we put our heart and soul into this film, and it doesn’t reaches a wide audience. But that’s how the business these days is. I got a lot of calls from people that believe and support this kind of honest work, but from up North we also got lot of hate — especially from (of course) Haryana before even watching the film. The thing I am really proud of is that not a single person who watched the movie failed to appreciate it.

Tell us a little about your life in Bombay, and your time balancing a modelling career (which I presume pays the bills) with a fresh acting career.

Life in Mumbai has been a constant learning process. As you said, a fresh acting career doesn’t pay well, so to survive I still do some modelling occasionally, but it’s not something I am passionate about. I do a lot of print and commercial work as a model, and I also have a Tamil movie ready for release with the makers of KABALI. In Hindi cinema, I am still waiting for something where I am not a showpiece and get to do something substantial.

What do you think about the current commercial Bollywood scene? I’m sure every actor wants a role in a big-budget production — but has G Kutta Se changed the way you view the craft?

Kangana Ranaut said it best about the state of commercial movies in India. She is mostly right about nepotism. The odds for those like me are very low. We do get work, of course, but even if we do something daring or notable, our chances of recognition are freakishly low as compared to, say, debutants in average high-budget movies. It might push us to strive harder, but the few outsiders who do make it big are the exceptions and not the rule. It’s sad that many who deserve good money for their talent are still struggling. The nepotism isn’t “direct” either — veterans don’t always launch star sons, daughters, nieces and nephews themselves, but their friends do. Colleagues do. Some genuinely deserve their chances, but we also know that many don’t. It’s a way of life in most fields, I guess.

The reason I chose to do G KUTTA SE was the fact that I didn’t want to follow the same pattern, and I wanted to give something meaningful to our audience. Unless they don’t know what is possible, they will keep wanting the same thing. I am open to all kinds of work as long as the focus is on content. Film making is an art which can affect people in so many ways. So it’s our duty to give them something to think about, and something to take home instead of simply being entertained. 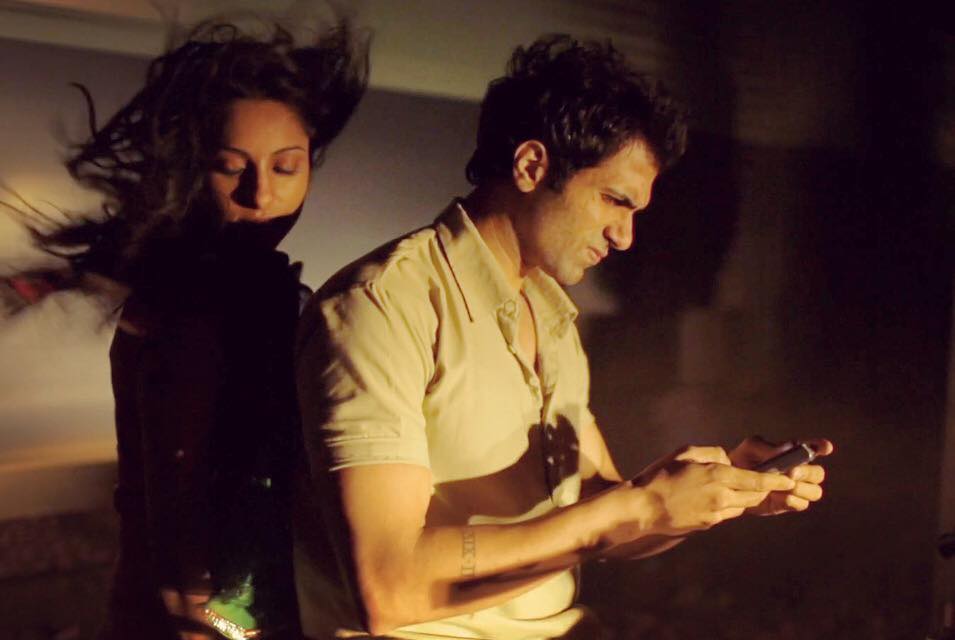 How much does modern-day social media help as far as your image and career goes? One saves a lot on publicists and marketing costs because of Instagram, twitter, etc

Social media is playing a major role these days, but it ends up taking so much time from an actor’s life. It’s important to find a balance between accessibility and professionalism. We should be utilizing this time to improve our craft in the best possible way. Though I am also guilty of doing the same, I do take out time to work on the thing most important to me: acting. I cannot compromise on that. After all, it’s this skill that will lead to everything else — including social media presence and fame.