It started as Shanawaz Nellikunnil’s belief to script a fantasy-thriller around the fascinating solitary figure (real life Sunny – a character best left alone) pacing Goa’s famed Palolem beach, and evolved into a full-blown case to not let go of that initial nudge to weave a narrative fit for celluloid.

Shanawaz moved to Palolem, ostensibly running his father’s hotel, but in reality, writing this film’s script: over 3-4 years, crafting flawed but real-life characters from Goa and readying it for the screen. Then to convince actors, technicians, crew and producers to back him up – an unknown movie-maker. You will be persuaded to give him your left arm.

Folks get persuaded because of this (as a crew member told us), “Leave Shanawaz alone for half a day, or less, and he’ll come back with at least four exciting incidents that happened in that time. He’s an excellent story-teller for films.”

From 2010 to the end of 2014, the struggles only for worsened. When finally the film got rolling full-time, there was Surendre Hegde and Balasubramnium Chengappa as producers from Bangalore who started cobbling together the funds needed; wafer-thin budgets were hammered out, and a company was floated.

A crew finally came together. A virtual “who are you, exactly?” team who pulled out rabbits from tall hats, stretched commitments, showed verve and physically hefted props around – including actors who pitched in.

The film got made on gumption and unshakeable belief. In the cheekiest escapade, the film crew docked on an abandoned island off Palolem on New Year’s eve in near darkness, set up the camera on the highest rock which afforded a grand vista of the festive celebrations on the beach across the sea and started filming. This was the climax of the movie, and Shanawaz was clear; no compromises here. You’ll know when you see it.

In 2015, more talks, negotiations, and the word spread. People came along, lent support but also frittered away. The news is out that in the spirit of making an independent film, there’s a ‘no-holds-barred’ team pulling off all the stops at remote Palolem.

The team reconvened for a sequel to carry off the madness and the magic that was pulled off in the first schedule. The project’s momentum and spirit caught on.

Shanawaz believes, “The film is a collective of things, events, happenings and stories that I’ve woven together as a storyteller, all of them based in Palolem, Goa. The characters, especially that of Roy, is inspired by a real-life person, who lives and furiously paces the sands at Palolem, lost inside his head, detached from the world, and yet right in it. At the rare chance he might mingle with you, and he’d ask you for one cigarette.  That’s all!”

Candyflip runs on one major theme: that we turn over to a dark side when something flips in our heads. We’ve had those moments when that switch goes off, and we hurtle towards nothing we’ve known before. The Grand Finale Flip could very well have a dark, horrific ending – as it happens with Candyflip’s protagonist.

Why Candyflip connects with so many of us…we ourselves or someone we know have experienced the dark side of what started out as “…having a good time in Goa”. Out to have an experience, we’d have ingested, inhaled, consumed some substance surreptitiously and then zoned out, orbited out of known spheres – just flipped out!

For most it could be anything from the ordinary – for some pleasant, and others that never recovered from the trip. Candyflip is a ‘hang in there’ salute to all the unknowns and knowns who flipped out and some of us who yet made it back. The Candyflip team wants this aspect to be acknowledged and does not wish it be candy-washed away. We’d like to create the beginnings of a system worldwide to share such stories and participate in our film, to understand the flipped-out phenomenon and share our stories: of courage, cowardice and any form of coping or copping out. It’s O.K. 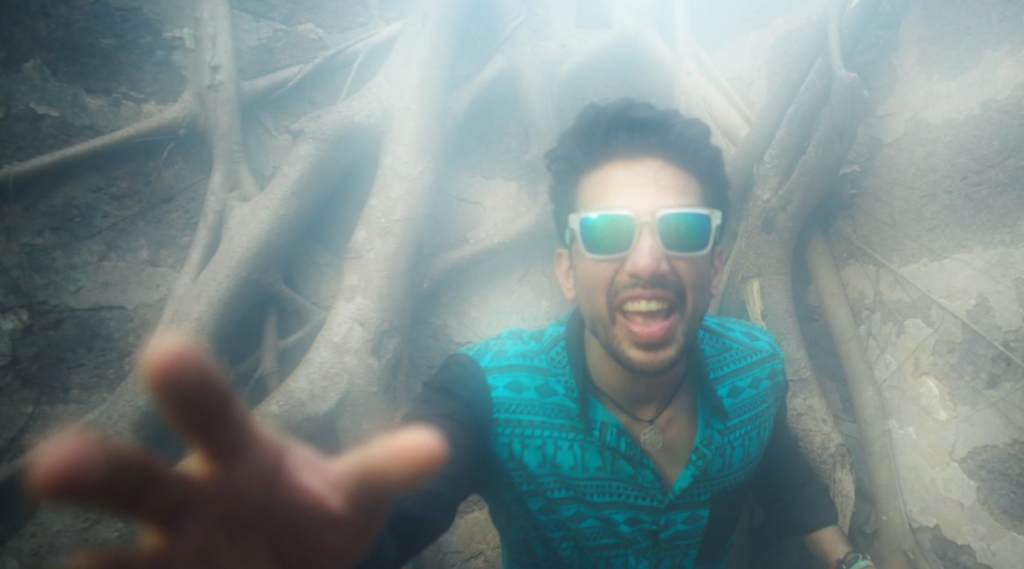 When Roy flips out, we’d like to see you join him, from a seat in a theater.