4 Things I Learnt From My First Film

The script and casting are the two most important elements.

Whenever I watch a foreign film, one thing that amazes me is how they seem to pick superb actors even for one-line roles. For example, “I’ll have what she’s having” from When Harry Met Sally (delivered by director Rob Reiner’s mother). Sometimes, a whole gag will depend on one punchline delivered by someone who’ll never be seen again in the film, so picking a random bloke from among the crowd watching the shooting will usually not do. (That’s something I’ve literally seen happen).

For both Local Kung Fu 1 & 2, for every single role, no matter how small, I never cast anyone without auditioning them. Sometimes you meet a person and you think they’d be a great actor, but until and unless you put them in front of a camera and press the record button, you can never tell. I know people who are great company and the life of the party otherwise, but in front of a camera they just go stiff and unnatural. Or their eyes wander too much. So always audition. Apart from a person’s suitability for a role, there are two not-so-obvious things one gets to know during the screen test: (a) whether they can take direction, i.e. tweak their performance according to your instructions and (b) whether they’re a co-operative person to work with – if someone starts fidgeting during take 3 or 4 at the audition itself, how are they going to handle waiting 2-3 hours and then doing 5-10 takes from 3-4 angles?

I can’t stress enough the importance of the script. And it has to be solid from the story stage itself; it has to pass the “Tell-a-friend test”. By that, I mean that my story should be interesting enough that when I narrate it to friends, they should be intently listening and eager to find out what happens next. It’s simple, really. Maybe one can make great films without great stories – I personally don’t see how. 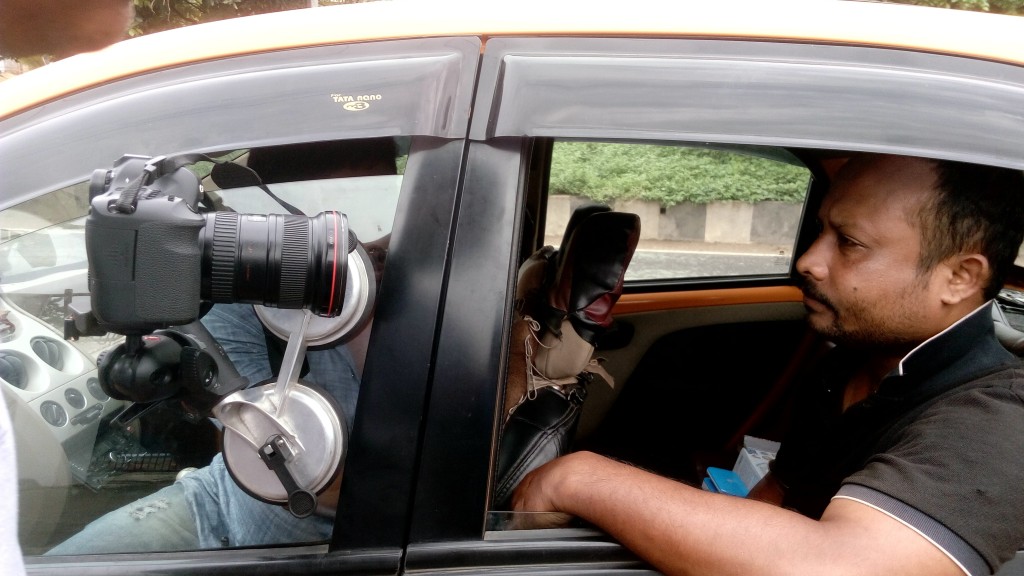 When I look back at LKF 1, I see tons of technical and aesthetic errors, especially in the camera department, because I was the one-man-crew handling everything, but people managed to ignore those because our actors kept doing fun and interesting things on screen and our pace was too fast to dwell upon what was wrong in a frame. I find some of the mistakes quite embarrassing now – like not knowing about increasing the shutter speed, or that actors’ faces were looking rounder because of the wide lens. I understood these only after a month of shooting. 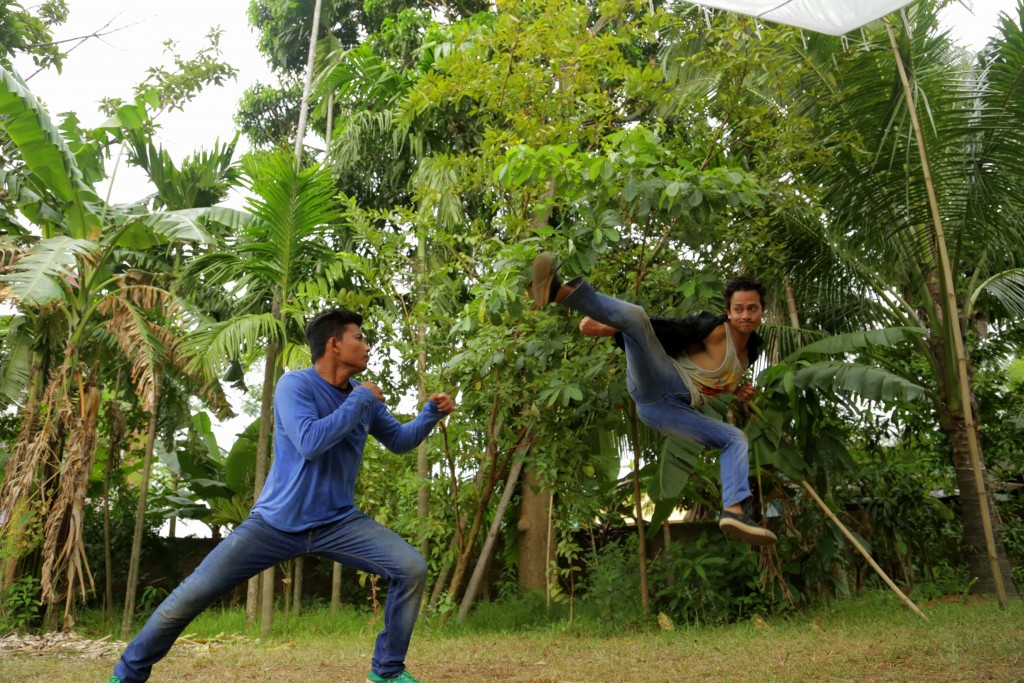 Shooting a film takes at least a month. It’s a high-pressure environment and you need to get x number of things simultaneously correct for a shot to happen properly. Even one a*****e in the unit can ruin the mood. So choose people of a calm and even temperament. I find a good way to gauge a possible new crew member is to work with them on a short film or a music video or something.

It is also important to have people who will tell you to your face when your idea stinks or is just plain wrong. If you’re surrounded by yes-men or people afraid of offending you, then you’ll ultimately turn into one of those I-can-do-no-wrong has-beens. It of course hurts the ego when someone says, “That’s a dumb idea,” but I’ve come to value people who say so to my face. 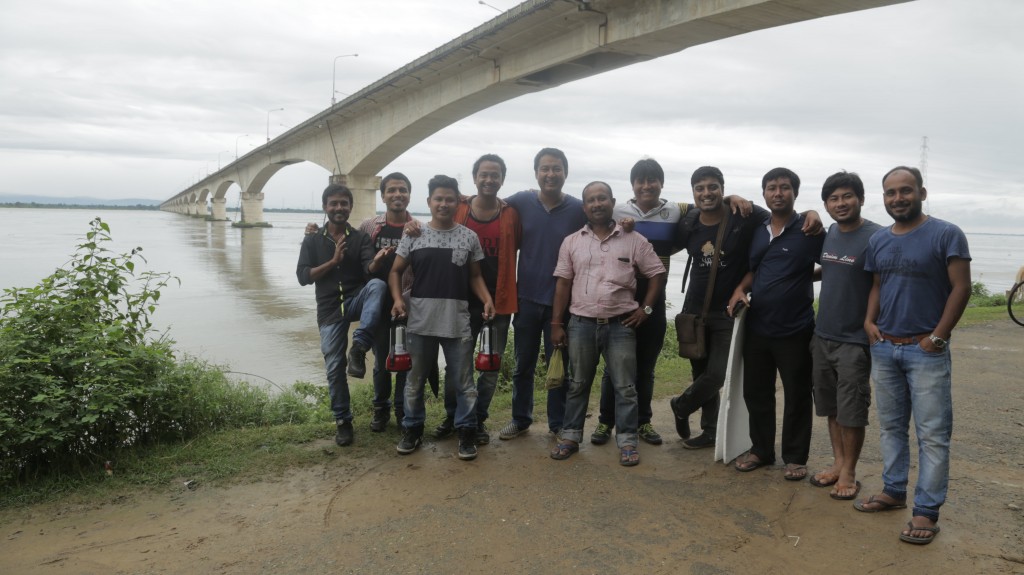 Do a lot of test screenings 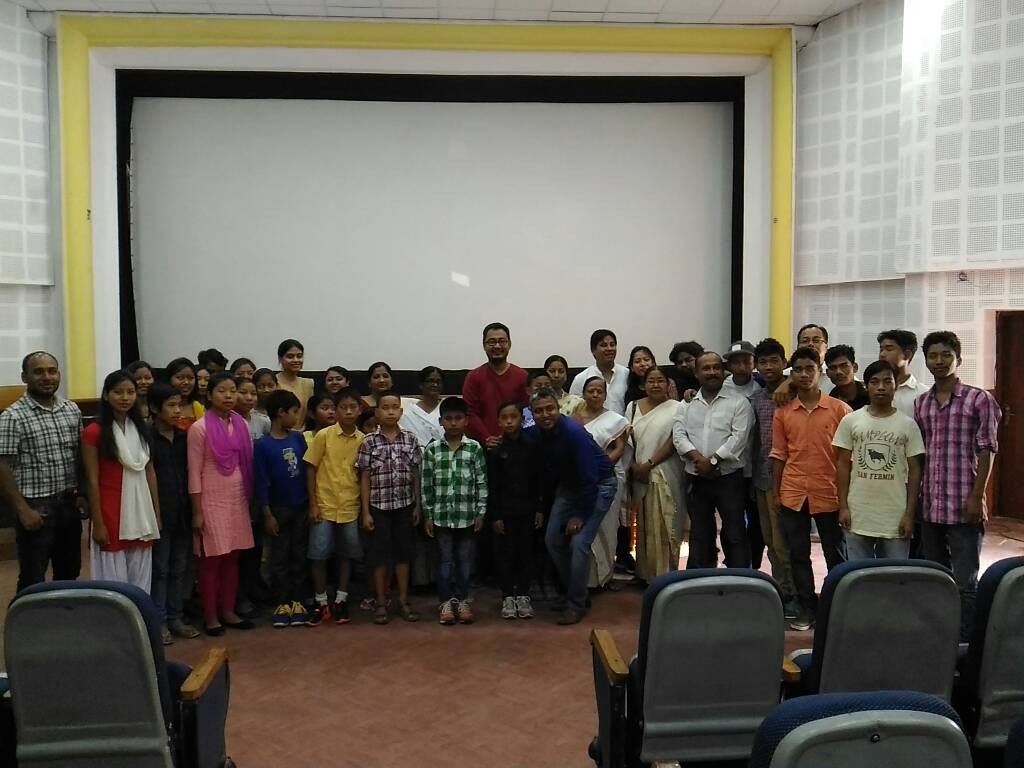 Chief guests at the premiere — children from Parijat Academy, a school for underprivileged kids

Between the completion of LKF 1 and its final cut was a gap of one year, and I believe that interval helped us a lot because we showed the film to people several times and fine-tuned and honed the edit till it became the super-tight entity it is. I used to always sit in the back and watch people’s cheeks to see when they were at least smiling, and observe if there were points where they were looking shifty or restless.

Second time round, showing LKF 2 to friends and family helped a lot. The first cut was 2 hours 35 minutes long. Quite a few friends and family told me it felt a little longish. I wondered if it would feel all right after dubbing, because in several scenes, the audio was unclear and the punchlines were being missed. I also looked at whether duration really was an issue – Sairat was 3:06 and Dangal was 2:47 – and thought that as long as a film is engaging, duration isn’t really an issue. But then I gradually realized one more thing – laughing for more than two hours can actually be draining. I did a little bit of research and couldn’t find any examples of outright comedy films that were much longer than two hours. So I did a lot of chopping, removing some really fun scenes and lines, but we ended up with a really tight edit. A few people feel that the last fight could have been shorter, and perhaps it could have been, but we decided not to chop it too much for the sake of martial arts fans, because at the end of the day, it IS a martial arts film.

I cannot explain enough just how stressful and scary all the paperwork was. During the documentation process of the first LKF, I was all over the place and worried whether we’d be able to release the film at all. Thanks to the patient guidance (over Facebook messages) of Srinivas Sunderrajan, Shaan Vyas and Aashish Shukla, I managed to endure the torture and complete the paperwork. During LKF 2, I was so very grateful that I’d done all this once before and it wouldn’t be as frightening as the first time around. I’d been thinking about writing a brief guide to paperwork for indie filmmakers for quite a while, and now’s my chance.

Here are the Seven Stages of Paperwork Hell you’ll have to go through to get a film released in India:

All this paperwork takes time, so do start the process at least 2-3 months beforehand. 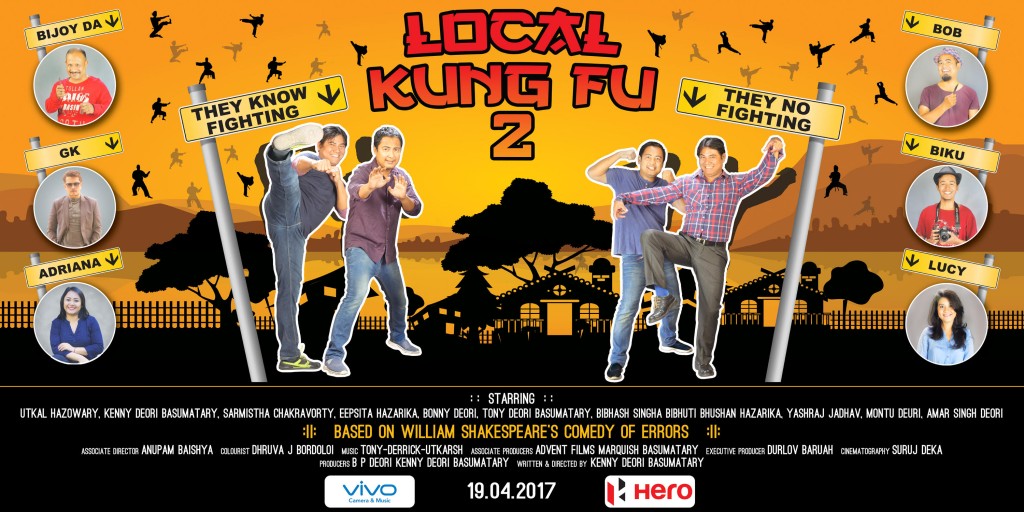 LKF 2 can also be streamed online at https://www.moviesaints.com/#!/movie/local-kung-fu-2

The trailer is here: