HOW AAMIR KHAN CHANGED MY LIFE 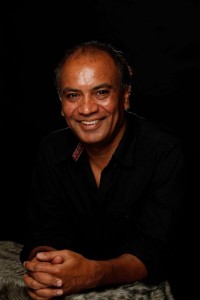 Imagine you are sitting in your studio apartment in downtown Toronto, Canada surrounded by many big black plastic bags filled with tidbits of your life from the last twelve years. You don’t know what to do with them. As Ryan Bingham (George Clooney) once said in ‘Up In The Air’, these bags formed the weight of my life. And they felt heavy. Perhaps I should sit back and watch the bags burn now.
All your friends are angry at you, because they think you are stupid to make a crucial decision this late in life. You are going back to India to pursue an acting career. You decide to leave everything behind and jump on a plane to pursue your dream. Everything must be left behind to begin again.

The plane ride itself is unspectacular. You don’t feel like there are cameras trained on you, tracking your risky move to big, bad Bollywood, waiting to make the quintessential “struggler biopic” about your life.

Within six months, you are standing in front of an actor with who everyone in the film industry wants to work with: one of the biggest stars. You are playing one of the lead roles alongside him. Isn’t it like a dream come true? Maybe, it’s almost too good to be true. Or maybe not.

I am talking about the film, ‘Taare Zameen Par’. The actor in question is none other Aamir Khan.
I know many things. I know that the film has changed how people look at their children. I know it began a conversation between two traditionally disconnected generations. I know it changed the way children reacted to their parents. I know it began a discourse and education on conditions and disorders, and it moved many families who had misunderstood their children to tears in cinema halls.
But more importantly, I know that it changed my life. Aamir changed my life. From a nobody walking on the streets, from one audition to another, I became Mr. Awasthi. I became an actor.

When I had returned to Mumbai from Canada, I met Amole Gupte, who had started to work on Taare Zameen Par. He had me audition for the Hindi teacher and the Warden’s role. I didn’t know who Amole had in mind to play Mr. Awasthi, so I asked him if I fit the bill. He very politely told me that I was a bit on the darkish side in terms of my skin tone, and wouldn’t match the kid he was planning to cast. I think it was my sixth sense that saw a huge opportunity, and I requested him to let me audition for the father’s part at the very least. It’s fine if I didn’t fit the bill. I just wanted to try.
He handed me the ‘absent note’ scene and despite knowing that I will most likely not be picked, I went home and worked on it till the wee hours of the morning. Ready with the scene the very next day, I reached Aamir’s office and looked around for someone who could audition me. There was hardly anyone there at the time. I met one of the assistants, Ritu, who very generously found a corner for the screen test. I acted the scene out twice, and left without any expectations whatsoever. I actually hadn’t even read the script at this point. 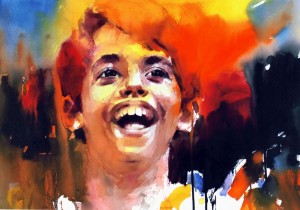 A month passed by. I had forgotten all about the audition. Suddenly, I got a call from Amole who said,” Aamir ne tere ko baap bana diya.” (Aamir has made you the father). At first, I had no idea what he was talking about. Then it slowly dawned upon me. He told me that Aamir had come across my audition and decided that I was the one to play Mr. Awasthi — Ishaan Awasthi’s (Darsheel Safary) “kathor” father who was unable to understand Ishaan’s dyslexia. Aamir didn’t even know me at that point. He had not seen me act. I had not acted in over ten years. Despite all that, Aamir chose me. I was amazed at his instincts, and his trust in me for such a major role.

I will never forget my first meeting with him. He wanted a particular look for my hair, so he asked me to come with him to get it done. His courtesy moved me, and I couldn’t believe it when he opened his car door for me. Here is India’s most formidable star, who had even represented the country at the Oscars a few years ago, and he is demonstrating his manners to a complete nobody, a newbie. And here I was, who hadn’t even seen any of his films at this point. I saw Lagaan for the first time in Panchgani when we were shooting for TZP. Aamir smiled when I sheepishly told him that later. Through the shoot, he treated me dearly. It never felt that this was my first film.

To date, that role is the gift that keeps on giving. In fact, the movie has seared itself so sharply into public memory that people often assume my real personality to assume Mr. Awasthi’s reel attitude. That is who I am for many, even today. It’s funny, because often on the sets at the end of a long day, some assistant directors don’t approach me and leave me alone because they are frightened of how I might react. They all feel like Ishaan under me. It’s not until they speak to me and get to know that I’m actually quite an easygoing chap, that they are convinced of my non-murderous intentions. It has caused some comical miscommunication, and I can only smile at the irony.

Aamir, if you read this, I am humbled by your kindness. I am proud to know you, and for having gotten many genuine hugs from you. I will always remain indebted to you for everything I do and accomplish henceforth in this city. Many a time, I see a group of school children on the street, and as soon as we cross each other I can hear them singing the title track of Taare Zameen Par behind me. I turn and grin (if nothing, to convince them that I do smile too). They know I will.

No money or fame can equal this overwhelming feeling of being recognised, loved and teased while walking by these little angels. And now, when I look back, I am glad to have mentally burnt my backpack from Canada. I still don’t remember much about the long plane ride; all I remember is that it was my leap of faith.