Film Review: X – Past Is Present 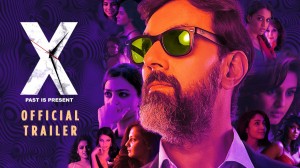 Perhaps the most tragic part about this independent, innovative cinematic experiment going wrong is that its strength and selling point – a painstaking collaboration between 11 Indian filmmakers – is actually what sinks it.

That each segment is supposedly related to the other, either chronologically or narratively, is not the smartest move for a concept destined to be an effective anthological exercise. If these segments (experiences of a fictitious filmmaker named K) were mutually exclusive, or short unrelated stories on their own, with a single tiny thread stringing them together at its core (a la Ship Of Theseus), X would have profited considerably. Sure, there’d have been all-out comparisons of techniques, voices and craft, but at least the idea – that of a man shaped by his experiences with women over the years – wouldn’t have seemed self-indulgent and gimmicky.

Instead, flashes or glimpses of one part force themselves into other parts, diluting the overall consequences of what is supposed to be an epiphanic night for the arrogant, womanizing, self-serving filmmaker. The film doesn’t fail due to its apparent lack of resources and shabby production value; it fails at a very basic level, and fails to engage, precisely because it aspires to disengage, and in the process, be enigmatic, non-linear and a puzzle – one that isn’t compelling enough to solve. Because there’s just not enough to deconstruct.

A story of an asshole can be fascinating even if you don’t care for the character one bit, even if you want to see him hurting and sad. But the way its told here – where the awareness of being part of a collaborative venture seems to trump the importance of coherence and simplicity of individual voices – leaves the viewer disenchanted. At no point does it seem seamless or uncompromising, and at no point does it seem like everyone is on the same book – forget the same page.

Rajat Kapoor, who plays the filmmaker with a visibly sunk feeling, looks like he doesn’t believe in his own interactions with these women. He seems to understand that the various film critics and independent filmmakers behind this project have overcomplicated the grammar of filmmaking in order to market this ‘unusual’ partnership. At its core, however, X is about a man who isn’t as complex as he thinks he is. He has been too busy looking for stories in his own life to bother about others. His different phases are highlighted by the fact that he remembers and recalls them differently – in different palettes, colours, voices and tones – but even within these individual segments, it’s hard not to discover how hurriedly they seem to have been shot and made.

The writing incorporates various levels of Woody Allen/existential cliches, and the flirting – especially in the San Francisco and London portions – is strikingly cringeworthy. The idea may have been to collect all these different genres under one umbrella and present them as fragments of someone’s colourful life: K’s alpha-female hotshot fling (Huma Qureshi), his traumatic experience with a South Indian prostitute (Swara Bhaskar), and several other random – almost bizarre to the point of disturbing self-awareness – chapters of a life at its crossroads. But the execution is sketchy and consistently inconsistent. 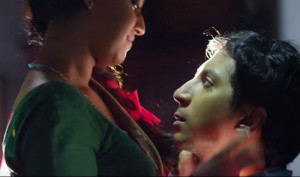 It isn’t a problem that every segment looks absolutely distinct, but it’s a problem if they look uninteresting, uninspired and mediocre on their own. There are perhaps a few that are technically better than the others – Nalan Kumaraswamy’s Chennai portion, Pratim D. Gupta’s Kolkata part and even Q’s drug-addled Mumbai portion. But even these chapters seem to have been abruptly inserted, and abruptly ended, in order to give the film a look of thoughtful linking.

The filmmakers’ insistence that they’re all interrelated and should not be looked at as individual works is ironically what gives many reviewers context – and ample reason to dislike the disjointed product.

That K must introspect and panic at a film festival party after making 20 ‘indie’ films is also a sly hat tip to their own existence and wealth of knowledge – considering the fact that a few senior film critics (Sudhish Kamath, Raja Sen, Pratim D. Gupta) form the driving force behind X. But then, that’s all X becomes about eventually: a midnight conversation between eager filmmakers about the necessity of breaking form. Translated onto screen, it remains a hollow Call to Arms.
The end result is something that would give even Dr. Frankenstein a bit of a complex.