“Futility of fundraising makes me want to quit.”

Chauthi Koot (The Fourth Direction), one of two Indian films to compete in the ‘Un Certain Regard’ section at Cannes 2015, went on to win the prestigious GOLDEN GATEWAY Award in the INDIA GOLD section at the JioMAMI Mumbai Film Festival last week.
While its national-award winning filmmaker Gurvinder Singh was in the news for publicly declaring his disappointment with the poor projection quality in the festival halls (and rightly so, given the number of abrupt cancellations due to technical issues), many came away impressed and inspired by the filmmaker’s second Punjabi-language film following ‘Anhe Ghore Da Daan‘.

Here, HEENA D’SOUZA has a quick chat with him about his methods, years of learning and the losing – and largely depressing – battle to find funding. 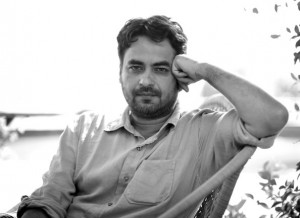 Coming from FTII, do you think you concentrate more on the non-commercial aspects of filmmaking – storytelling, atmosphere, environments etc?

A. I don’t think it has anything to do with FTII. It’s a wrong assumption that all students graduate with the same attitude towards cinema. Filmmakers coming out of there work in varied styles and genres, and it’s a personal inclination to make the kind of films one wants. So, many make experimental works which are not story-driven. And so many of them have gone into commercial cinema, the best of which is definitely story driven.

How do you think getting a formal educational training in cinema has shaped your sensibilities as a film-maker?

A. The time I spent at the film institute was the pre-internet era. It was just developing. The only way to see world cinema was to have your own video collection or travel to festivals. Luckily, we could see the best of cinema history at the institute and the Film Archives next door. When I look back, it was a luxury to see these films on the big screen in actual film projection format. Now, mostly, people discover these online or on DVDs. I think there’s a huge difference in the experience. Some films would move us so much that we would be quiet for hours after watching it and shut off ourselves in our room and reflect on it. I don’t know how many people do that after watching a film on a computer or a TV. And secondly FTII afforded a freedom on the kind of films we wanted to make. As I said, there was no fixed ideology or thinking. We were free to practice the way we wished. And the sensibilities are shaped by our past, what we see in life around us, our personal experiences and senses.

A. I don’t see much of a difference, as I treat an actor also as a non-actor. There is no duality for me. Depending on the demands of a role, I choose an actor or a non-actor for it. Sometimes, it can be a challenge to bring an actor closer to her or his being and ask them to throw away all masks of pretension or make-belief meant for theatre. I tell them they are playing themselves and don’t need to invent any mannerisms of speech or movement. Secondly, the actor needs to understand that he or she is not the sole carrier of emotion or meaning. The entire mise-en-scene is contributing to it: the lighting, the props, the camera movement, the sound, etc. An actor is an element in all this. The expression of an actor is filled in and completed by these elements. An actor in film is not an isolated being carrying the entire burden of expression, as can be the case in theatre.

Can you throw some light upon the challenges you faced while making your film Chauthi Koot?

A. I can’t think of anything which was herculean. We improvised a lot in terms of shot taking. I don’t shoot too much. Just the bare necessities. You have to turn all the adverse things to your advantage. We shot the film during the monsoons. Our location got flooded but we kept shooting even though the pace slowed down. The thunderstorm became a sequence by itself which was not in the script. Nature will give you what you can never plan. You have to remain open to accidents which bring their own vitality to the story. And to include the random and the unexpected in a film is necessary to take it beyond our planned thinking. Shooting is an act of reaction to what you feel about the space and atmosphere when you are shooting. The quality of light can completely change the way one takes a shot. Once I called off a day’s outdoor shoot as I felt the light was too harsh for the mood I was trying to create. I realised I had to shoot briskly early in the morning to get the right feeling. 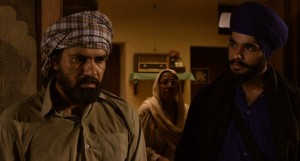 While adapting a screenplay from a book, are you ever tempted to fictionalize certain aspects for greater cinematic appeal?

A. Of course. They are two very different mediums. Literary writing needs to be interpreted cinematically in images and sounds, movement and time, and most importantly – as a rhythm of feelings and emotions. How things are revealed is very important. Since nothing can be described, it has to be created physically. For me, the actors and the spaces become the characters. After that there is no point in going back to the text. The act of fictionalising the fiction starts from thereon and the text takes a backseat. All dramatisation is in context of the physicality of objects, spaces, nature and people. Everything is recreated from scratch to make it cinematic and take it away from the literary.

How difficult is it for people trying to make slightly offbeat cinema to find producers?

A. Very difficult. It’s disheartening. It’s a miracle that I have made two feature films and that too in a regional language. The process of fund raising is exhausting and one always feels like giving up making films. I might in the future, unless someone approaches me with funding to freely make what I wish. There are sympathetic producers willing to work hard to raise money, but not enough funders. Production companies want to make films with the premise that every film should earn profits. Why can’t huge profits from the commercial blockbusters offset the relatively less returns from small budget offbeat films?

Both your films are adaptations. Are you an avid reader? Who are your favourite authors?

A. I am a selective reader. I read very slowly and not always with the intention of finishing a book! If the book absorbs me completely, I definitely read till the end. And I don’t have any favourite authors. Though in the past, I did read a lot of work by writers like Albert Camus, Gabriel Marquez, Milan Kundera, and the Hindi writers Nirmal Verma, Krishna Baldev Vaid and Vinod Kumar Shukla.

A. Again, I don’t watch too many films. I try see 10-12 films every year of what I hear is the best of contemporary filmmaking. Sometimes, just out of curiosity, sometimes to learn. It’s not possible for a filmmaker to see a lot. The last filmmakers to leave an impact on me were Ulrich Seidl, the Austrian filmmaker and Roy Anderson, the Swedish director. But before that, I have keenly followed the works by Kiarostami, Angelopolous and Kusturica. And during the days of film school, Fellini and Bresson were the absolute favourites. 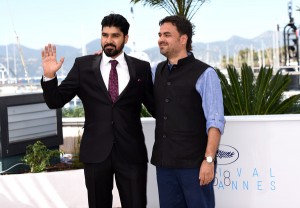 Do you have any plans of making a Hindi film anytime soon?

A. Not yet. But I am open to it if I am excited about some idea.

What do you think is an inherent quality that a filmmaker needs to possess?

Have you decided upon your forthcoming project?

A. I am working on a couple of feature film ideas. I don’t know which one will I do first. It all depends on finding the funding. But until then, I am making a short film being produced by a Turkish producer on the theme of ‘conflict’ as part of an omnibus of ten films from ten countries. Besides that, I am working on a video installation for a museum in Switzerland to open next year in May.