Kabir Bedi is quite the accomplished actor. He just recently received the Star Foundation Award during the South Asian International Film Festival (SAIFF). He’s found a form of stardom on three different continents through projects and films like “Octopussy”, “The Bold and the Beautiful” and “Sandokan.” 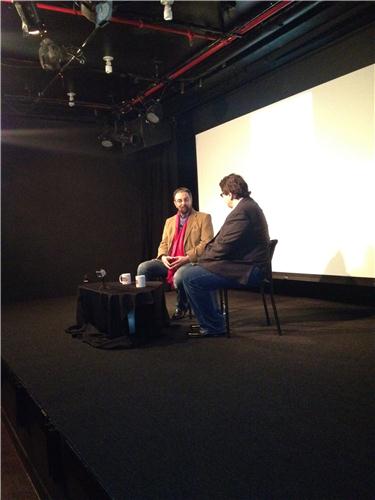 Bedi recently participated in a conversation series at SAIFF where he discussed his legacy, stardom, family and much more with moderator James Janowsky. IIF managed to participate in the conversation by asking Bedi about the struggles and challenges of making it as a working actor in America, especially when dealing with prejudice and preconceptions associated with being a South Asian actor in Hollywood.

Here is that portion of the conversation:

IIF: Can you a talk a little bit about when you came to Hollywood, the challenges of adjusting to Hollywood and if there was any prejudice involved considering your background from India?

Kabir Bedi: You know I came to Hollywood because I think every actor who acts in commercial cinema certainly sees Hollywood as the holy grail because Hollywood, at that time had a world market. They still do. So one wanted to take that challenge on. I had tried other challenges and succeed so I thought ‘go for it. See what happens.’

But it was much harder than I imagined. Much harder. It’s much harder because of two reasons. One is that they were not writing any roles for South Asian actors and that’s the biggest drawback. If they’re not writing roles for you, what the hell do you audition for? What can your agent send you out for? No that’s Hispanic  that’s black, that’s white, that’s Latino  There’s nothing that’s right for you and so it’s kind of blocked at the door.

Then even the roles that [that I did go] to audition for was a very humbling process. Because once again, I had seen a lot of success in Bollywood at the time. I had become a major star in Europe at the time and here I was auditioning against newcomers, against other character actors and trying to prove myself. And I really found the thought process behind auditioning extremely difficult. I can understand performance but to do what they call a reading, I found very difficult.

But I had to adapt and as Darwin says, it’s not the strongest of species that survive, nor the most intelligent. It’s the ones who can adapt to change that survive. And I had to adapt to change and I spent many years in Hollywood [and] did a lot of things from ‘The Bold and the Beautiful’ to series like ‘Dynasty’, ‘Highlander’, ‘Magnum P.I.’, mini-series, ‘Ops Center’, ‘Red Eagle’ [and] a lot of [other] stuff.

There wasn’t a year that I didn’t really work but it was really hard work getting those roles and in many cases I moved beyond the South Asian bracket because the way I look, I could play other roles and I showed that I could. And so I was able to make a living. I mean, I never became a star in Hollywood but I was a known actor. The casting directors knew me and people in the business knew me. And there came a point where I said this is all very well but I think I need to go back to my areas of strength and do some more work where. And that’s what prompted my decision to come back from Hollywood in the early 90’s. Although I did still do some work here. But basically in the early 90’s I made my move back.

I moved back to England and from there moved back to Italy for a major Italian mini-series called ‘Un Medico In Famiglia’, which was with one of Italy’s biggest comic stars Lino Banfi, which was an interesting study in contrasting styles. Then I basically went back to Bombay, to Bollywood just to be in India and to whatever work came up because in India, beyond working in Bollywood films, I am right now preparing to produce and doing some serious writing on things that I need to write about and there’s a lot of events which I get to host and present, which I love doing. So it’s a very active scene in India. At this point in my life I like the feeling of being  constantly active and contributing what I know to others.

But the Hollywood years were certainly a huge challenge and I’m perhaps the only actor who actually came out of Bollywood and made a career abroad. There are actors who have come and done the odd role while based in Bollywood. But to make a career over that time in Hollywood was not the easiest thing and I’m proud to have been one of the trailblazers for South Asian actors in that respect and to show that you can do it. You can do it and today there are many wonderful young actors who are doing it and I’m glad if my journey helped contribute in any way to inspiring them or showing them it was possible. 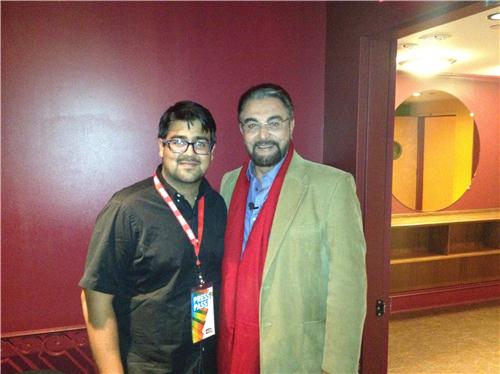