The South Asian International Film Festival gave this year’s Star Foundation Award to the legendary actor Kabir Bedi. It was introduced for the first time last year when it went to filmmaker Shekhar Kapur. Bedi received his award during the South Asian Rising Star Film Awards Tuesday night after he was introduced by SAIFF President and Founder, Shilen Amin. 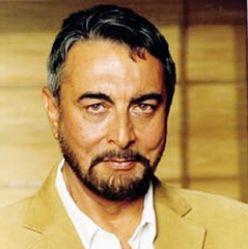 “Kabir has mastered all three entertainment outlets: film, television and theater. He has acted in over 60 Bollywood films [including] hits like ‘Khoon Bhari Maang’, ‘Kurbaan’, ‘Main Hoon Na’, as Emperor Shah Jahan in ‘Taj Mahal: An Eternal Love Story’ and a pivotal role in Colombia Pictures’ ‘A Best of War,'” Amin said as he introduced the actor at the awards ceremony. “In playing the character Gobinda in the James Bond film ‘Octopussy’, Kabir has left an incredible mark in the mind of South Asians that true talent a little charisma can open the doors to Hollywood and beyond.”

In addition to those roles, the legendary actor has also starred in the popular soap series “The Bold and the Beautiful.” But he’s not just well known in India and America. Bedi is perhaps most famous for the role of a pirate in an Italian television mini-series called “Sandokan.”

“Kabir Bedi is the only international actor from India that has originated from Bollywood, worked in Hollywood and became a big star in Europe. The Star Foundation Award is awarded to industry superstars that have contributed to the vision, growth and development of South Asian cinema,” Amin added. “We are proud to present the 2012 Star Foundation Award to the one-and-only Kabir Bedi!” 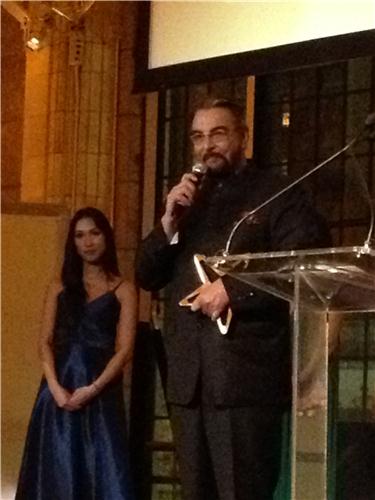 Bedi accepted his award to a standing ovation from the crowd before he spoke about his long career.

“When I first was told I was going to get an award from the South Asian Rising Star Foundation I thought it was  a bit funny that I was getting a rising star award,” Bedi said. “Then they told me no it was the foundation that was giving me a special honor. Then I thought I must have been doing something right. Maybe they regard me as an ever-rising star! Whatever wisdom led them to giving me this award, I am thankful for it.”

While Bedi said he wanted to thank everyone he had ever met, he agreed it would take far too long to do such a thing (at least until breakfast he stated), so he took a different approach and thanked the many countries he worked in over the years.

“I would like to mention briefly some of the countries that have helped shape my life. India: the place of my birth. My spiritual home that led me to Bollywood. Italy: that gave me the honor of playing the iconic role of Sandokan that led me to be knighted by the Italian Republic. America, which lured me to Hollywood and gave me wonderful roles in the 80’s and 90’s. Everything from daytime series like ‘The Bold and the Beautiful’ to the Bond film ‘Octopussy.’ And of course I have to thank England and Canada for great theatrical experiences for the Luminato festival in Toronto and the West End in London,” Bedi said. “But let me say, above all, I should thank the universe that helped guide me through trying to keep my career alive on three continents simultaneously. Which is about as easy as riding three horses at the same time. But at the end of it all, I’ve landed on my feet and I’ve received this beautiful award so I must have done something right.”

Bedi will take part in the SAIFF Conversation Series Oct. 27 at 2:30 p.m. Tickets are available at www.saiff.org