The New Jersey Independent South Asian Cinefest has come to a close after an eventful weekend full of interesting films and visits from director Imtiaz Ali and actress Deepti Naval.

“Listen Amaya”, which had its east coast premiere at the festival, took home top honors for Best Feature Film and Best Director Avinash Singh. The film closed to a standing ovation from festival goers. 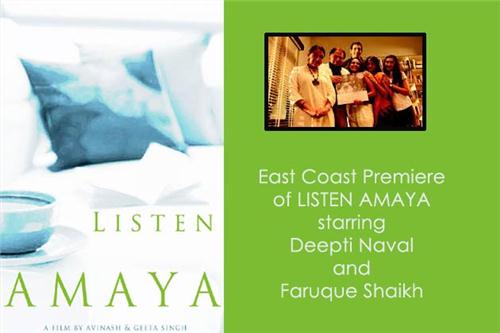 Here is the full list of this year’s awards:

Now the festival might be over, but IIF will still be featuring more and more content from NJISACF as the week progresses. Look our for reviews of films like “Dekh Indian Circus”, “B.A. Pass”, an interview with festival director Sakti Sengupta and much more.