Anand Gandhi’s “Ship of Theseus” is one of the 10 Indian films showcased in this years City to City Program at the Toronto International Film Festival. Nyay Bhushan discusses the film and Gandhi’s aspirations in a terrific interview for The Hollywood Reporter. 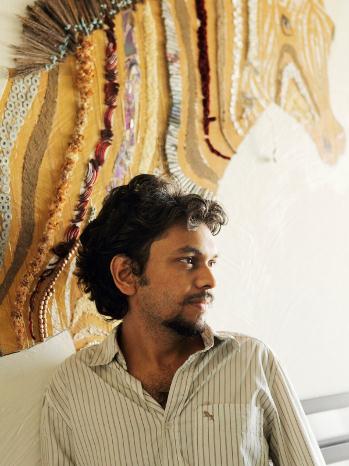 The interview reveals an out of the box mind in Gandhi, especially when he starts talking about the human body. A way of thinking he wants to pose his audience with his new film:

The film came about when I was nursing my grandmother and I was surrounded by death and disease. The film began as a question asking, how do you know where you end and where your environment begins? We think we are individuals but we have three million genomes living in our body. We have ten trillion bacteria living in our body – there are far more bacteria in our gut than there are humans on the planet. So when I saw disease around me I started questioning everything I took for granted. I just realized that this concept can be best put in a situation where people are going through physical transformation.

And while the questions and concerns on display in “Ship of Theseus” are real world philosophical issues, he has hopes of transitioning to the fantastical in future films.

“At some point, I want to make interesting science fiction,” Gandhi says in the interview. “And I would like to work with actors such as Michael Fassbender. I just loved him in Hunger.”

With the success of Indian film makers at this year’s festival, I wouldn’t be surprised if Mr. Fassbender agrees. Check out the whole interview at The Hollywood Reporter.

For more information on the “Ship of Theseus” check out the TIFF profile.