The visual language of “Once Again”

There is more in common than meets the eye between an ageing superstar and a middle-class restaurateur. Both essentially occupy different spectrums of the Indian service industry. Both cater to popular taste. Both must simplify their craft to embrace longevity. Both thrive on nostalgia in the age of diminishing life spans. Most importantly, both are expected to “act” a certain way to retain the loyalty of paying customers. Their private sense of morality is used as a public prism to scrutinize their legacy.

Therefore, it feels strangely appropriate when Amar (Neeraj Kabi), a fading Bollywood superstar, and Tara (Shefali Shah), a widowed restaurant owner, find solace in each other in Kanwal Sethi’s Once Again. She is his caterer and he, her high-profile client. They are yet to meet. We don’t see how their phone calls begin, but let’s just assume they loved Ritesh Batra’s The Lunchbox.

Their late-night chats are less about discovery and more about familiarity – almost like they’ve skipped the giddy phases of togetherness and jumped to a tone of distant tenderness, the kind we sense between long-married couples in their twilight years. She asks about his latest dance sequence; he enquires about her son’s wedding preparations. They revel in talking without saying anything. Their calls don’t open with a ‘hello’ and conclude with a ‘bye’ – perhaps because they spend their days surrounded by pockets of formal subservience. Or perhaps because there’s no real direction to their ramblings, and by extension, their relationship.

The fifty-something adults might imagine that they occupy vastly disparate worlds. They believe it is curiosity that drives their chemistry. Which is why they spend more than a year decorating this illusion over routine phone conversations. In person, they might run the risk of reacting, rather than listening, to one another. In person, the similarities might be inescapably obvious. There’s a hint in their names: Amar approximately translates to “immortal” and Tara to “star”.

There’s also a hint in the geography of the two characters during some phone calls. Amar and Tara occupy opposite sides of two separate frames – Tara on the left, Amar on the right, or vice versa – when they speak about general things. This is who they think they are. By the time every conversation veers towards meeting, both end up on the same side of the frames – which is mostly when Tara hangs up. She reacts. He stops listening. Because this is who they really are: Two hearts in the same space, cornered into a huddle by the vacuum facing them. 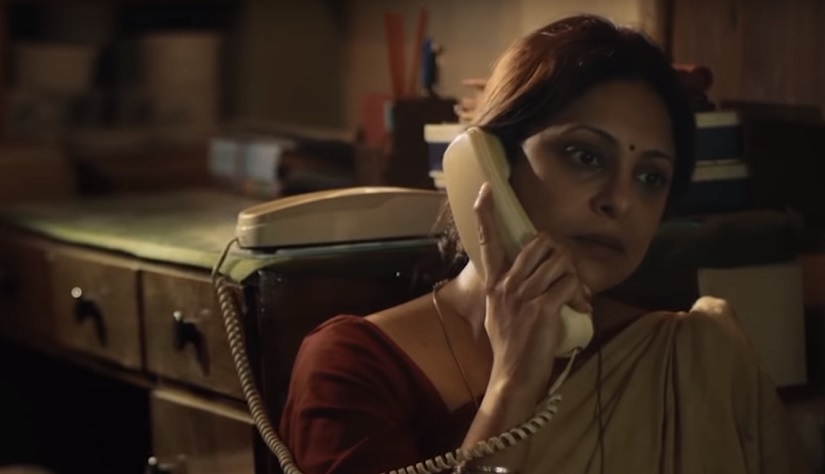 Much of the quiet, stream-of-consciousness film explores their hesitance to recognize these signs of their spatial dynamics. It’s no coincidence that in the scene of their first meeting, they walk from their side of the frames until they converge in the middle. After everyone learns of their bond, even during their phone calls they are invariably at the center of each shot. The focus is now on them.

The more introspective portions of their meetings resemble the physicality of phone calls – they don’t look directly at one another while sharing their feelings about life. “One needs to find one self to love someone else,” remarks the drifter at sea, who assumes there will be someone searching for him. “Maybe one needs to love someone else to find oneself,” replies the life raft that is incomplete until she spots a drifter. It forces Tara to recognize that Amar is used to having a camera define his concept of attention. It urges Amar to realize that Tara, the hero of her kids’ story, may transition into the ‘heroine’ of his story. 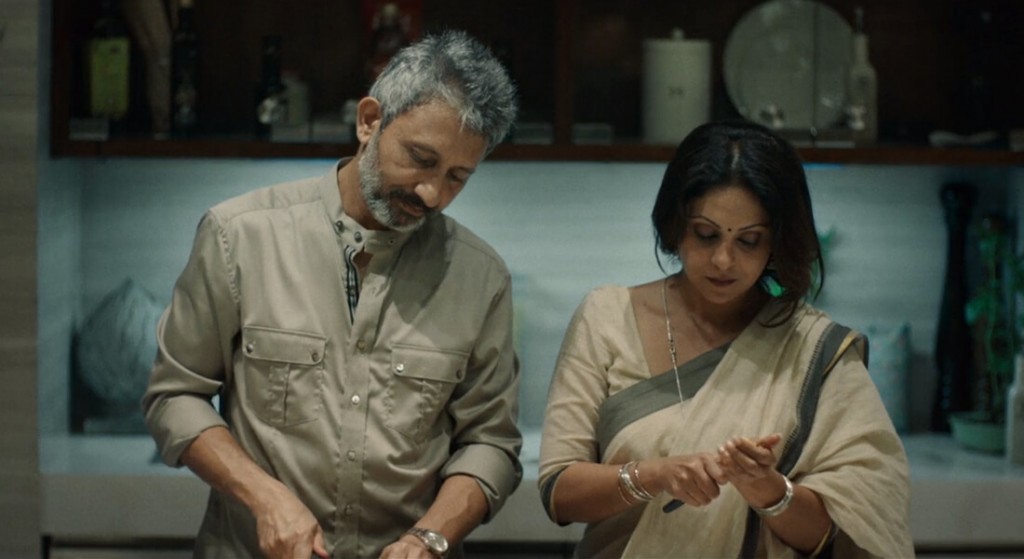 There’s however a poignant little scene that allows Once Again to eschew the cultural politics of small-town America in Ritesh Batra’s Our Souls At Night – a film it mirrors once the two single parents (her son is a problem; his daughter is surprisingly forgiving) meet more regularly. It involves Amar’s driver-cum-bodyguard-cum-overall-Man Friday, Ashok. Amar insists on dropping Ashok home after a late dubbing session one night. When Amar asks to meet his little daughter, he is jolted to learn that Ashok lives alone; his wife got fed up of his erratic work timings. “She asked me to marry you instead,” Ashok remarks, his voice cracking, genuinely bewildered at the ironies of urban survival.

He breaks down in the arms of his boss – a man he is paid to know at the cost of a family he has failed to know because of, and despite, this money. Ashok, like the two protagonists, has been too busy being the driver of someone else’s vehicle. The moment ends with Amar taking over the wheel. He knows the direction. A star, after all, is rare in Mumbai’s smoggy skies.