Megha Ramaswamy on being “the odd” one in

“A New India is shaping” is a statement one has to inadvertently brush past these days. In statements may lie the stepping stones of desired social change. Or maybe it is the arduous process of sieving ever-shifting social issues, cultural complexities and individual behaviours to brew compelling narratives that concretely light the path ahead.

A known figure of Indiewood, writer-director Megha Ramaswamy makes for a fine statement of the drive and change-making “New India” desires. Her unique brand of social realism has won many hearts, minds, and awards. Megha’s banner, Missfit films, is dedicated to producing films which don’t necessarily subscribe to being independent or commercial.

In 2014, her powerful 7-min hybrid documentary, Newborns, played an important role in informing and encouraging discourse about acid attacks. Half a decade later, her latest work, the highly anticipated series, The Odds, sets out to light-heartedly explore the complexities of love and growing up in contemporary India.

Amidst a whirlwind film festival schedule, she delves into “the odds” – the making, the casting, the touring, its socio-cultural significance, and other topics worthy of discussion: 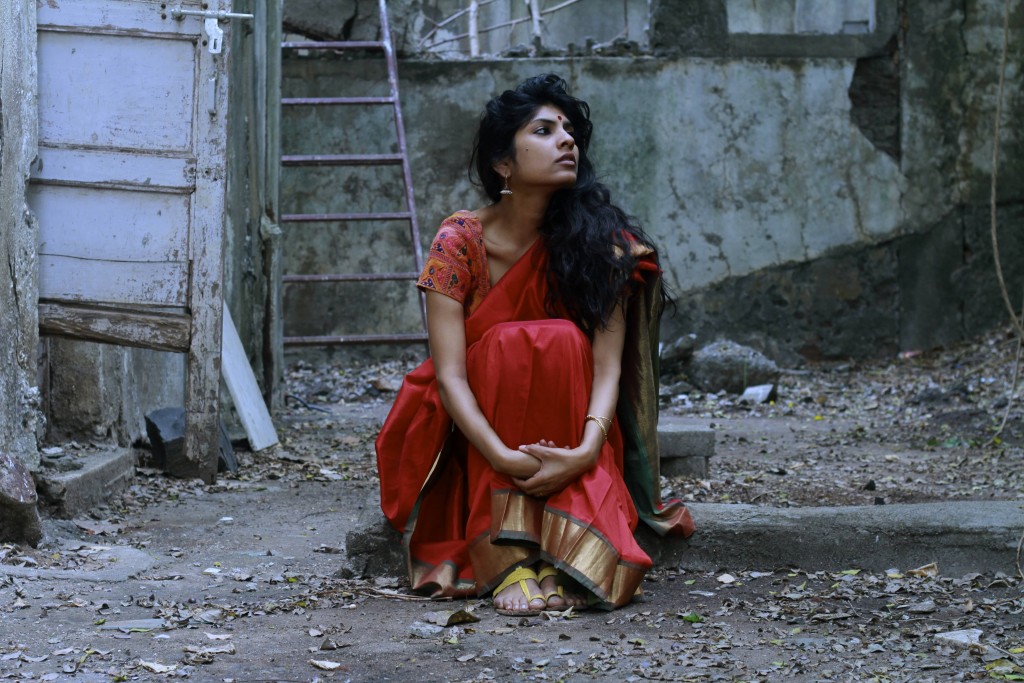 Congratulations on the premiere of your latest work, The Odds, at Los Angeles. How was it?

It was as warmly received as I’d hoped it to be: a jam-packed screening, an absolute laugh riot. It was delightfully surreal to sit with the entire cast, crew, and have this crackling audience to watch and laugh together with. That was great, because a premiere is always nerve-racking. No matter how many screenings you’ve had in the past, no matter how many festivals you’ve attended, you always have the first screening jitters.

This was at an Indian film festival. So was it mainly Indians, NRIs, in attendance?

No, as a matter of fact, the gala night presentation was attended by a very discerning LA film audience. I suppose things have gone beyond hosting Indian film festivals for NRIs. This was an HBO, Comcast sponsored affair. For me, any audience is special. Any audience that makes an effort to buy a ticket & takes out time to attend your screening is precious to me. The Odds is headed to some exciting festivals at the moment. It is refreshing for a series to receive that highlight. I’m sure it will carve its own journey, find its audience. It’s got a great set of producers who have also recently produced a gem of a series called Delhi Crime, which incidentally premiered at the Sundance Film Festival.

And then it headed to Taipei after LA, where it was screened under the special Musical genre? I assume Music plays a significant role in the series.

Music is the germ of it all. Both Abhay and Yashaswani’s characters are musicians in The Odds. To play in the musical genre with very established directors & personal favourites like Alex Ross Perry is a big boost for a series presentation from India. Working and jamming with Sagar Desai, getting Abhay (Deol) to sing have been ultimate fun moments. Incidentally, Yashaswani & Karan have used their own singing voices, which I must add, are rather good.

Your previous work includes PSAs and documentaries.The Odds is your first work of fiction. This must have been a different affair altogether.

Most of my work is experimental or hybrid. The Odds, with its magical realism and heavy bouts of rock ‘n roll that unravels in chapters, has its own style. For long, however, I have wanted to do something fun and light-hearted.

This series seeks to capture “Millennial India”. Why does it make for an interesting subject?

I don’t get the word ‘millennial’. I’m not sure we do have much work out there that address young people and their everyday concerns. Like a simple, not an over-the-top representation, of Indian teenagers. Growing up, I have loved the films of Sai Paranjpe, John Hughes, Sophia Coppola, Cameron Crowe & Richard Linklater. Both Shreya Vaidya (dialogues) and I are huge fans of Tina Fey and Amy Poehler. As students, conversations seem so much more sincere, so unhinged, sometimes even humanely stupid. That makes an interesting subject, doesn’t it?

Funny you say that. Recently, we had a big-budget “Student” film released.

I haven’t watched the Student film yet. I bet it is fun. All I can comment about are the characters in The Odds: They speak normal English, not the ‘yo’, ‘awesome’, ‘amazing’ slang. These are regular English-speaking Indian teenagers, not exactly living and breathing an American dream. It reflects the spirit of Indian youth with all its confusion, imagination, magic and most importantly, hope – that’s neither romantic or defined by the constitution of any relationship in particular. I’d like to think of Odds as an honest exploration of growing up in contemporary India devoid of its cultural specificity. 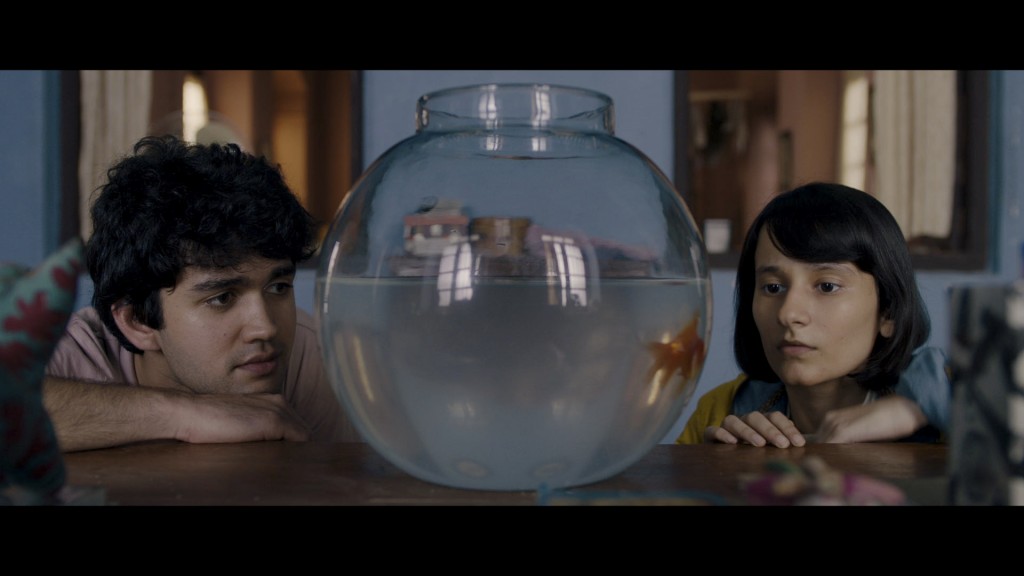 Interesting. The trailer does have a “South Bombay” feel?

Hmm. Perhaps that’s because it has been shot in South Bombay and Pune. It’s a whimsical version of the two cities, with some lakes, woods, streets but it’s really  “nowhere land” where the geography is incidental as compared to the unraveling narratives of its characters. My personal identity isn’t rooted to a certain time or a place. Maybe Pune to some extent. But I am a nowhere person really with a genuine craving for adventure & playfulness. I’d like to believe The Odds reflects that sensibility.

That goes against the larger nationalism narrative that dominates the country.

Well, The Odds does address some heavy-handed issues in a sincere manner, without being hyper-intellectual and hopefully unpretentious. The kids in the film discuss and question politics, the merits of voting, art, literature, gender and sexuality in a tongue-in-cheek manner.

How did you go about this cheekiness and un-pretentiousness?

I got (then) 18-year-old Shreya Vaidya to write the dialogues. While I have written the screenplay, I roped in Shreya for most of the brainstorming sessions. I don’t think a 36-year-old writing lines for 16-17 year old make much sense.

The title is  ‘The Odds” because…

Of the odd situations, the odd balls, the odd happenings – you’ll have to figure that one out when you watch it!

How did you go about the casting?

I got to work with what I’d call a dream cast. All the actors were ones I wished to work with. I really wanted to cast Abhay after I was introduced to him through a common friend. I’m glad he stepped aboard as actor and co-producer. I got to work with Manu Rishi – I have always found his comic timing legendary. I got to cast the very talented Priyanka Bose differently. She has always played critically acclaimed roles that have been limited to the trouble-stricken mother/rural figure. It was fun changing that! I found Ananya Elkote through a Facebook shoutout, Yashaswini Dayama through her Youtube channel and Karanvir Malhotra through the very reliable Tess Joseph. They really lived the characters I had in mind and I had a blast while shooting with them. 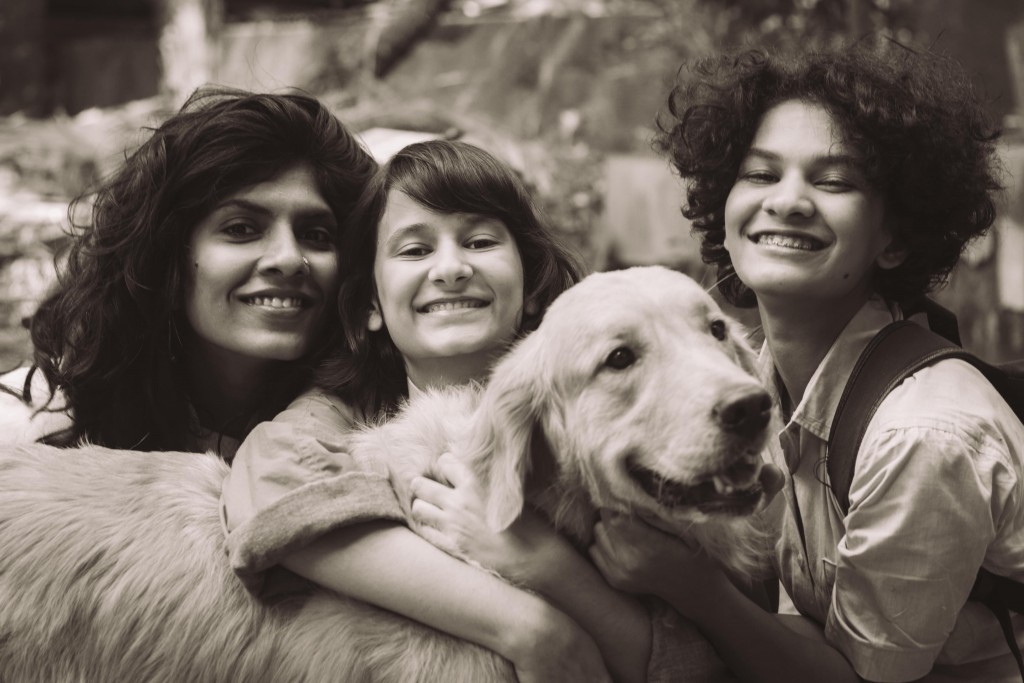 While your other non-fiction highlighted a certain issue, The Odds too appears to deliver a kind a social commentary, a kind of socially charged filmmaking?

Not over-committedly. Of course, it does look at gender, the complexities of love, being misfits etc. But I wouldn’t call it a social commentary heavy series. With my first film ‘Newborns’ (TIFF ’14) in collaboration with  ‘Stop Acid Attacks,’ we had an outreach program, ‘Spot of shame,’ for incidents that happened in broad daylight. It entailed marking ‘spots’ in the city where women have been attacked with acid in broad daylight. I made “Wake up” for Kailash Satyarthi’s Children’s Foundation for Children & Bunny (TIFF ’15), which was very different from all the above. Having said that, everything we put out there need not address an issue such as acid attacks or child labour in order to have the power to impact awareness or contribute to society building. A film or a series does not necessarily need to be issue or agenda based to delve on the complexities of life and society. I feel filmmaking gives you that privileged space to make statements about or against society in a manner you want to & therein lies the beauty of the process.

But independent filmmaking isn’t the easiest to be produce and distribute?

All kinds of filmmaking aren’t easy. I have struggled to come to terms with this in the past & the present. Everything we try to create comes with its own set of unique explorations.

How do you find your indie tribe? People to work with, collaborate with. Say Abhay Deol for example, he isn’t a true blue indie.

I suppose it’s serendipity at play, rather than planning who to work with. I have dabbled with Bollywood, so I don’t see why I can’t work with those who’ve worked in the industry. I am no outsider, so I refuse to feel ‘othered’! Besides, Abhay is true-blue Indie, you have to give it to him for bridging that gap. Right now is the best time for blurring boundaries & working with talented actors without feeling the pressure of being termed Indie or Bollywood. 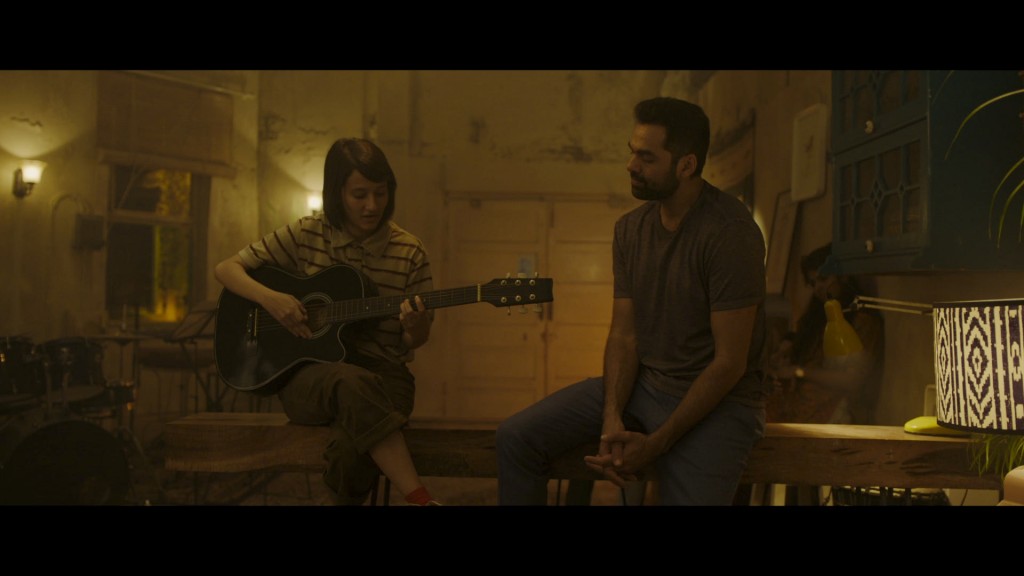 It was Varun Dhawan and he’s a reliable Bollywood actor. Besides, Bollywood is taking some big steps in changing form: Gully Boy was fantastic. That opening night at Berlinale was nuts!

You made your directorial debut in 2014. What did you do before that?

I did my Masters in film from the University of Pune, followed by the first course in scriptwriting in India at FTII, post which I dabbled in art history and varied subjects including film, with a study-abroad fellowship in Florence. I landed up in Delhi because I wished to spend more time with my super fun grandfather. My first job was as a strategic planner at McCann, an ad agency where I worked under Santosh Desai. His keen insight into human behaviour and social structures have influenced me a lot over the years. I moved to Bombay & worked with Bejoy Nambiar as the screenwriter on Shaitan that released in 2011. There were a couple of interesting projects before Newborns happened.

You often find this romanticization of struggle in independent film-making. Many gloat about how difficult and impossible it is to churn out work. What do you have to share from personal experience?

The kind of unpaid man hours, the early years of filmmaking, deserve that fight. I see no point in romanticizing or gloating about something that is indeed factitious. Personally, as a woman filmmaker, there are issues of sexism, gender representation, wage gap & the quality of work we get offered. Also, till some time ago it was difficult to separate our domestic spaces from our work space. Things are changing now – Writers’ rooms are moving away from our kitchen tables & coffee shops to formal spaces. I’d say Welcome Welcome to that!

Post #Metoo, have things changed drastically? Also, is it correct to use the term the “woman filmmaker” these days?

Well, it is/was an important movement for women. As cynical or optimistic one may be of it, it did force us to hear personal histories of women we have refused to acknowledge. It gave us time to introspect & question our own struggles & even confront them. It did strike a chord at a mass level. However, as it stands, women filmmakers are still a minority, roughly 14 percent, and the inequality is glaring. So tell me what’s wrong in calling yourself a woman filmmaker? I wear it as a badge of honour. We have to be loud and proud to claim our space and improve our work opportunities. Until the inequality vanishes and things change for the better, I’ll proudly call myself a woman filmmaker.