I’d witness heated clashes between clients and agencies over font size, prominence of logo and product, saturation levels, hand-model expressions – simply because they failed to “grab eyeballs”. I’d often find myself bemused with the end result – commercials with elements and objects unashamedly coerced to form a striking visual language, not necessarily clear or cohesive.

Today I speak to the prolific cinematographer, Pooja Gupte, to decode this world of visual making. Trained in commercial arts, Pooja has alternated between the world of commercials and independent shorts, documentaries, and features.

Here, Pooja speaks of the demands of her job – the artistry, the technicalities, and team-work. From the well-thought-out composition of visuals to the intuitive composition of team dynamics, Pooja zooms in and tracks her world behind the camera. She recounts her fascinating career that started off as an assistant cinematographer, and has spanned from a cinematographer for National-award-winning film Crossing Bridges to Director of Photography in Netflix’s latest desi production, Brij Mohan Amar Rahe. 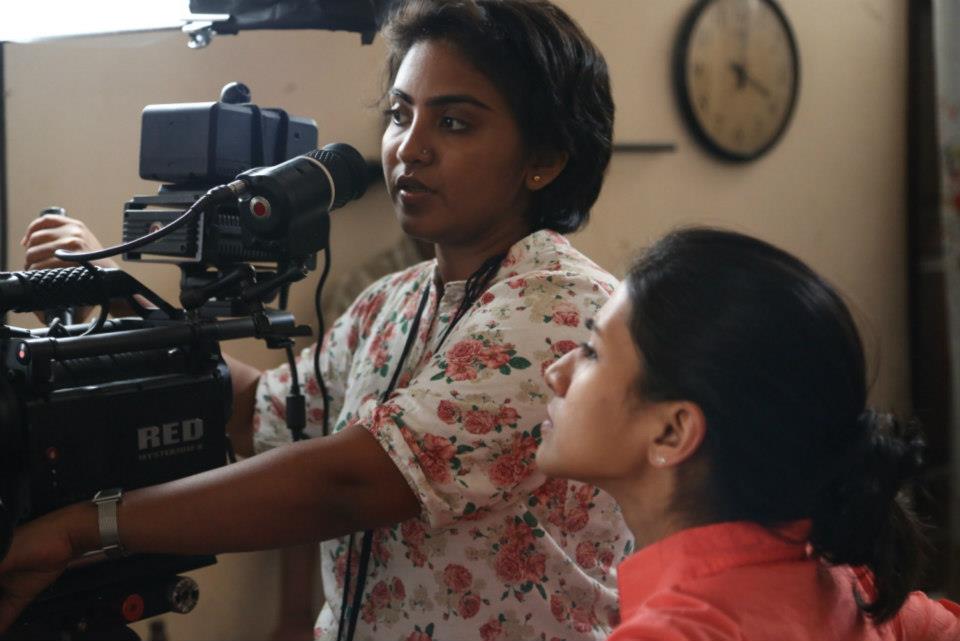 You’ve always wanted to be behind the camera?

Yes, from the age of 16, I was pretty sure this was going to be my career path. I grew up in Pune and FTII was very close to my house. That had a huge influence on me while growing up. I used to visit the campus, go for screenings at the NFAI. I was attracted to the profession early on – I went ahead and did my graduation in Photography in Commercial Art.

Did you finally get to attend FTII?

No, I went to SRFTI in Kolkata and studied cinematography there. I’d say you learn more when you stay away from home. Film school in itself is self-exploration. As post-graduation, you have to explore yourself and form a vision.

Would you recommend film school to aspiring filmmakers, given the over-rapid changes in the field of film-making?

I went to film school in 2005-2008 when digitalization was kicking in. Things have changed a lot but as a technical person you are expected to be open to changes. Film school does give you a formal training – teaches you the basics of motion picture photography. My parents and I felt that I needed the initial formal training to hold on my own. The three-year intensive training programme in the film school has undoubtedly exposed me to a broader understanding of cinematography and visual art.

I feel most of your learning in film-making happens on the job. In today’s time, one has to keep researching about the latest techniques and equipment– one has to take out that time. If you are eager to learn you can learn it from anywhere. A stalwart like Mr. Ashok Mehta is an inspiration to all who want to learn the craft of cinematography even without a formal film school training.

You also made it to the Berlinale Talents in 2012. How was that experience?

Berlinale Talents opened a new horizon of interaction with film-makers around the world. I had gotten selected as a cinematographer and attended the Post-Production lab. There were 12 cinematographers from different countries. Our mentors were Cinematographer Stefan Ciupek and Colourist Dirk Meier. Under their guidance we shot on different cameras and then put them together on edit, and colour-corrected them to see the results of mixing different formats. Berlinale Talents opened the door of possibilities to me.

So what do you do right after film school?

I came to Mumbai in 2009 and assisted noted cinematographer, Mr. Kiran Deohans – the man behind the camera for films like Qayamat Se Qayamat Tak and Kabhi Khushi Kabhie Gham. That in itself was quite an experience – you got to learn both the nitty-gritties and the mastery of cinematography. While working with him, I started from as an assistant and then occasionally got the chance to operate the camera. Kiran Sir encouraged me to work independently while I was assisting him. It still encourages me to show him my work and take his advice.

For how long did you assist him?

I assisted Kiran Sir for about two years. Then I got a chance to shoot my first feature film, Crossing Bridges, directed by my SRFTI batch mate, Sange Dorjee Thongdok.

Tell us about shooting Crossing Bridges.

When you think of Arunachal Pradesh, you imagine its bright idyllic views in landscape shots. But Crossing Bridges wasn’t only about Arunachal, but also an individual’s conflicted relationship with his roots and culture. We decided on one kind of a setting and had to wait to shoot in the winter as we wanted to a certain colour palette in place – the sky had to be blue but the sunlight had to be softer. While shooting the film we had to do a lot of trekking and climbing through the rugged terrain, but at the end it was exciting. Since it was a micro-budget film we decided to shoot it on the Canon 5D camera, which was a new launch at the time. We were quite thrilled to shoot the film with all our SRFTI batch mates.

I understand the film did quite well for itself.

Yes, it released in 2013. We were quite young then and the response was overwhelming for all of us. Frankly after the shooting of the film, we were clueless and didn’t know the next steps. The film got selected in the work-in-progress lab at NDFC, Film Bazaar. That was quite a turning point for us as we got to meet a lot of curators, distributors, sales agents.

The film won a National award and travelled across the globe to quite a few international film festivals. It made it into in-flight entertainment, got a theatrical release under PVR Directors Rare, and the DVD rights were bought by NFDC. Now it’s available on Amazon Prime. The entire journey of Crossing Bridges was not only exciting but enriching and encouraging as well. At the end the film managed to recover its cost.

That’s quite something for an independent project.

Well, such kind of filmmaking is passion driven. One has to believe in it to make it happen. I feel every filmmaker needs to preserve that passion. As the journey continues, I went on to work on many shorts, features, and documentaries. One of the shorts I really had fun shooting was “Safar” directed by Pratyusha Gupta. Safar was her diploma film from London Film School. The thing with short films is you can explore more and do things you really like. 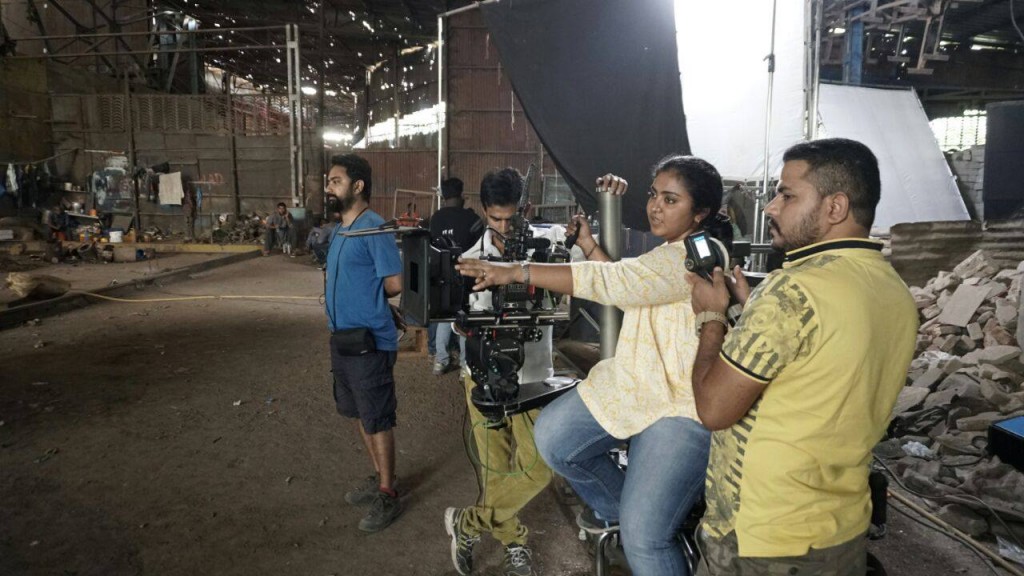 How has your stint with commercials been? How different is it from short films and documentaries?

In case of feature films, the primary concentration stays on the script, characters and the situations. So it is important to understand the pulse of the narrative and adapt the most suitable visual style. In case of commercials it is important to do justice to the product around which the film evolves. The visual style and treatment are decided accordingly. I enjoy shooting both the formats.

“A woman behind the camera” – I hope that’s not how you are perceived.

Well, I’m not going to say that everybody has a closed mind or an open mind about a woman behind a camera. Yes, people have certain fixed ideas about a cinematographer. For me, whoever has worked with me has chosen me for my work. Finally it’s a collaborative effort where our vision needs to match.

Since there is a lot of conversation about gender representation, how has your journey been behind the camera as a woman?

When I started out there were less than ten woman cinematographers. I have witnessed the rise of female technicians as my career has progressed. I have worked with both male and female directors. I worked with Janaki Viswanathan on a Tamil feature film in Rameshwaram. While shooting the film Thiraikadal in the scorching heat of Rameshwaram, our skins were peeling off. The work had to be done, our gender didn’t matter. Crossing Bridges and River Song, Sange’s second feature film, were shot in different terrains, and we had to trek 2-3 hours. Later when I shot Rukh, there was a time limitation, there were veteran actors like Manoj Bajpayee, Smita Tambe, Kumud Mishra – it was a great learning experience to be working in such a set-up. My husband, Atanu (Mukherjee), was directing it, but we worked like any director-cinematographer would have. I mean it all boils down to having that right equation – you have to keep facing and working on it. Brij Mohan Amar Rahe was shot in 21 days – hand-held and action-packed – Nikhil, the director, never posed a ‘will you be able to do this’? Nikhil and me explored the spontaneity of the film together and worked as a good team.

Though I agree that representation is important and that the talents should be recognized and appreciated. Recently a collective was established, popularly known as Indian Women Cinematographers’ Collective, IWCC. It was started as an initiative by senior cinematographer, Fowzia Fathima, to create a network of women cinematographers in India. We are about 70 plus at the moment and are growing daily. 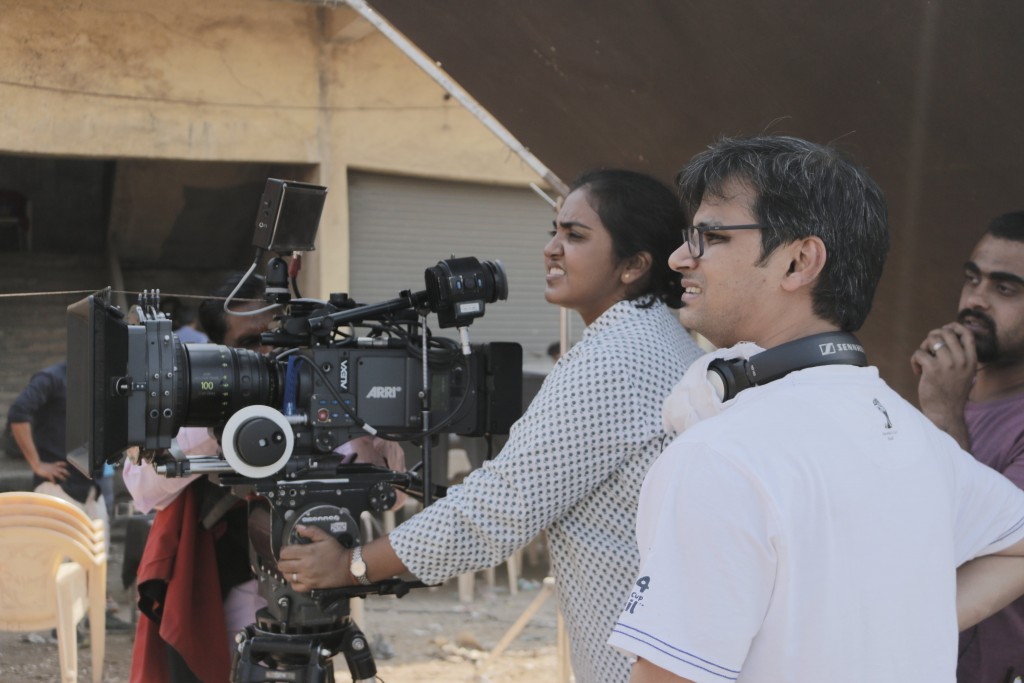 How was it to work with your husband on Rukh?

Atanu and I have been working together since our days at SRFTI. We’d pitched a documentary to PSBT together – “My house is not so far” – the funds for which came after we graduated. Later both of us got to work on different projects. There was The Gatekeeper, a short that we shot for HumaraMovie. There was a lot of other shorts we’ve worked on together. It has been pretty much a relationship between cinematographer and director jamming over a visual style.

Rukh was a story inspired by people around us. We were clear about the treatment of the film. We did a lot of paperwork and Atanu was clear about the kind of shot taking he wanted. This was about an 18-year-old boy who is suspicious of everything around him after his father’s death – we had colours in the film which were muted, earthy. There was a weathered look to bring out the isolation the protagonist faces during his journey. [Rukh is now streaming on Netflix.]

How was it like working on Brij Mohan Amar Rahe? Can you tell us a little about the visual style?

I came on board on Brij Mohan Amar Rahe some 20 days before the shoot. My director Nikhil Bhat and I decided to have a lot of spontaneity during filming. We did the recce and decided to do a lot of handheld camera work. The film was shot in 21 days. There were a lot of night shoots, hence we decided to use a lot of practical light and keep very minimal lighting. We were shooting in tiny spaces and real locations. Hence I rigged our lights on the ceiling to give the actors freedom to move around. We wanted to have a very colourful production design as we were shooting in Delhi and the theme is very quirky. It was three weeks of non-stop hard work and fun. 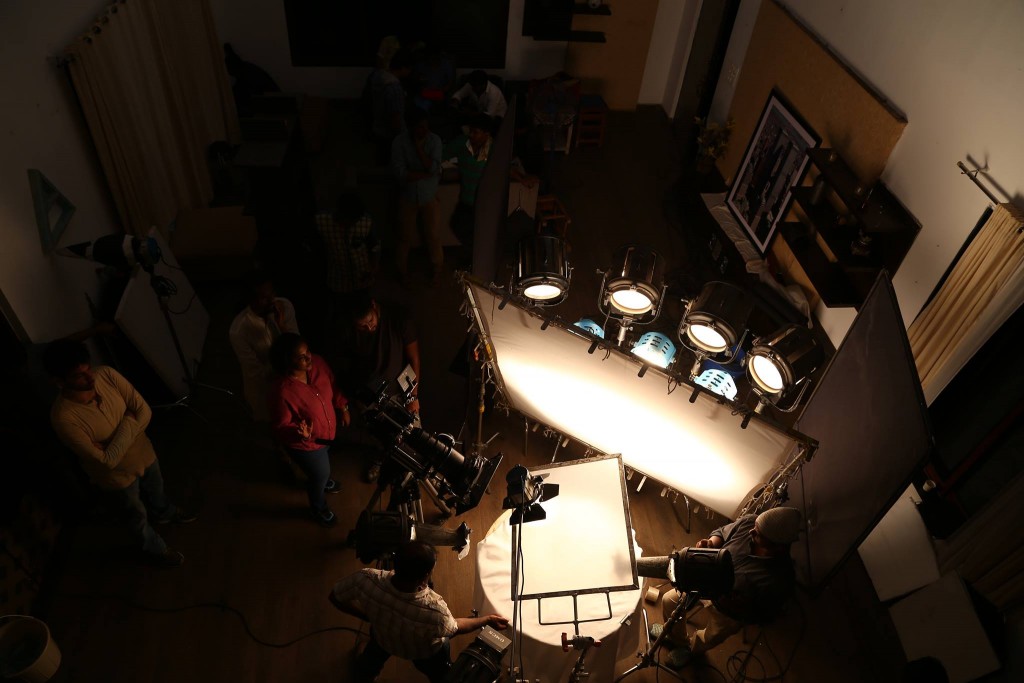 I am working on some very interesting projects. I will be able to share more details soon.