It is at the cultural periphery where radical ideas brim, new possibilities ignite and new conversations stoked. Brought to a boil, its elements flow into the mainstream to disrupt it and challenge its course. In times where most socio-political surprises spring out this sphere we speak of, it’s hard not to ignore the workings of this periphery in the field of film-making and its impact in recent times.

Known for his presence in cutting-edge cinema and TV, Ranvir Shorey’s body of work is studded with fashionably unconventional yet culturally resonant choices.

From his early days as an iconic VJ to his experiments with the mainstream to laudable performances in a lengthy list of widely-acclaimed independent films, Ranvir Shorey has an undeniable edginess that is well reflected in his work. We corner the veteran actor to know more about his adventurous career path, one that has oscillated between the established and emerging:

Your association with independent films goes back a long way. You’ve dabbled with TV, mainstream. What do you feel influences your choice of work?

RS: Well, yes, I’m seen more as an independent actor, because I have acted in more independent films than mainstream films. I have worked mostly in films that don’t cater to the lowest common denominator. I suppose as an individual, my sensibilities match the independent aesthetic. The mainstream believes in giving what the audiences want and I believe in being part of work that challenges the viewer.

Having said that, I do see a marriage of the two happening. The idea is to push such work and be part of it. One needs to realise the importance of work that appeals to the audience’s taste buds as well as makes them think and reflect. But I guess I have always wanted to be part of films that have integrity and respect for the filmmaking process. I’d definitely like such work to reach all kinds of audiences.

How do you think audiences have evolved the years?

I think the audiences are far more cinema-literate than before. It’s definitely got to do with the choices that are available to them. There was a time when choices were limited and audiences weren’t very aware – there was only TV, then there was cable TV, then came the web with its set of choices. Audiences see more, know more and have evolved with time – more options have of course made them more literate. That has only made our task tougher in trying to grab eyeballs. It has in a way pushed us to work better, too. The moving image today is the primary medium to engage with the audience. It all depends on what, where, how you are able to do so.

You’ve been part of some attention-grabbing films in the recent past – A Death in the Gunj, Kadwi Hawa – films that made it to almost all Top 10 movie lists in 2017…

Look, it’s not a one-way street where I get to choose my roles. Such films find you. Nila Panda approached me with a brilliant screenplay. Without being preachy, the film spoke strongly about a universal issue affecting the lives of every living being – global warming. Enough thought was given in the part that was offered to me.

On the other hand, with A Death in the Gunj I was privy to the whole process of the film due to my personal equation with Konkana. I knew of this character while it was being conceived. I was an insider on the film, so the interaction was different – of course, it was equally great to be part of both these films. 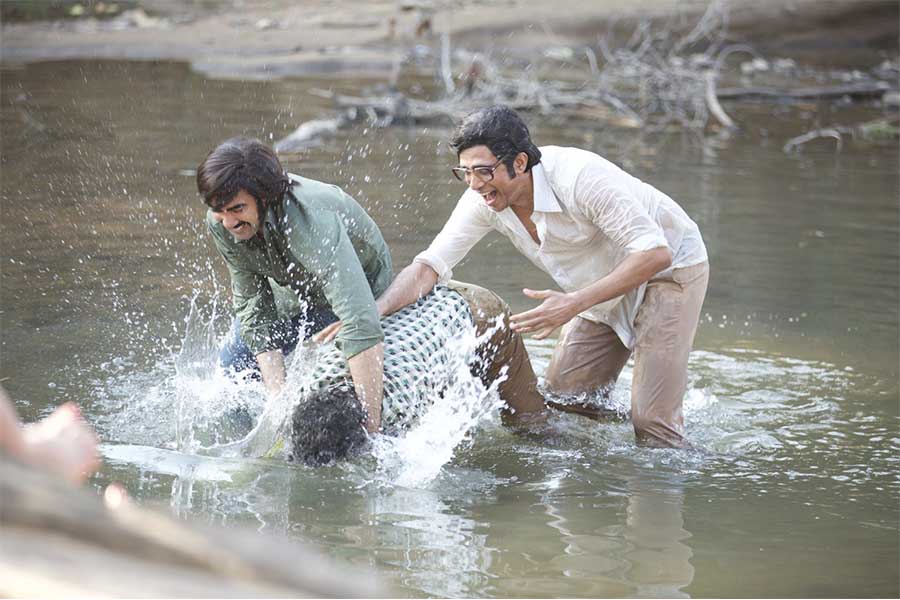 Your characters in Titli and Death in the Gunj too address another topical issue – toxic masculinity.

Those two are very different characters. Yes, toxic masculinity as an issue that needs to be addressed and I’m glad it is. It’s been long overdue. However, I didn’t consciously play those characters to address that issue. You can’t club these two characters together. There are certain strains that run common between all human beings. For that matter, I can tell you of women who suffer from toxic masculinity.

You do play layered characters quite effortlessly.

I choose scripts accordingly. I do get offered a lot roles but I totally reject one-dimensional characters – you know the kinds where you are expected to do one kind of thing, you have to operate under one label .

I mean even in real life – you don’t simply look at people as bad or good, black or white. A person who we regard as ‘good’ can be capable of terrible things; similarly someone perceived as ‘bad’ can do good things too. Which is why I like parts that capture the complexities of the human condition. I believe it is the representation of human complexity that makes for compelling and interesting viewing.

Do you think a country in which cinema relies on escapism will be interested in watching such complexities?

The secret lies in their screenplay. Audiences love to watch “stories.” If stories based on such complexities are exciting and engaging, they will watch them. You can’t be overly direct and dry. It’s all about how clever the cinematic representation is. And that’s where I think good writing plays a part. That said, there is a glaring lack of it in mainstream cinema. 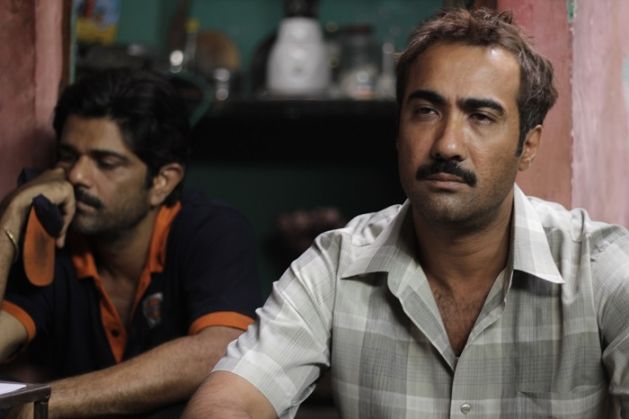 How do you think good writing can make good business sense in India?

I’m no business guru to chalk out a plan. But globally, there is a concept of Writer’s Room or a Writer’s Lab to develop feature film ideas and scripts. Of the ten scripts that are green-lighted, 2 to 3 actually get made.The process lays emphasis on the quality of the script and screenplay. In India, the industry works in such a manner that if ten projects are greenlit, some eight get made into films. We need to green-light scripts a little more efficiently and selectively.

How do your personal tastes in music and cinema influence your work?

I’d say I have a very eclectic taste in music, cinema and theatre. But if I can be in love with Marvel Superhero movies as well as foreign language films from across the world, why can’t our audiences love and appreciate diverse work ?

I firmly believe it all boils down to the honesty of filmmaking that makes your audiences tick. That influences my choice of watching films and the way I work. I have a lot of people I look up to – from a Takashi Miike to Clint Eastwood.

Any Indians you look up to?

India is too close to comment on. I do like a few. They are encapsulated between a Takashi Miike and a Clint Eastwood – that’s a safe answer.

I loved Newton and Angamaly Diaries.

Tell us something about your upcoming projects

Any plans of directing your own film?

At the beginning of my career, the plan was to be a filmmaker. I still see myself as an aspiring filmmaker and have tried to have that kind of awareness. Sadly, nothing in the offing. Yet.

You’ve seen a lot as an actor –films run, films tank. What lessons have you learnt that you’d share with aspiring filmmakers?

You shouldn’t enter the creative field if you aren’t prepared to handle its ups and downs. Things are not going to work out as you expect. You have to adapt to sudden changes. I grew up in an environment where I have seen its unpredictability – my father was a film producer so I have been part of this process since an early age. Various disparities exist in society, the field of filmmaking is not different. There will always be senior, better or more privileged players in any field.

There are some quotes attributed to you in the past that express cynicism about the economics of independent cinema. Do you still stand by them?

What are your views on the general state of filmmaking in the country?

Filmmaking globally falls under two terms – arts and entertainment. In India, it seems to on fall under entertainment. Artistic expression that interests a wide range of audiences is what I consider cinematic excellence. We need a system that allows film to breed in this two-pronged way. In India, there is a creative license in spirit, but there are many external factors that don’t let it exist.