SHALA: The Ethereal Pangs of Childhood

During childhood most of the things are amplified to a ludicrous extent. I remember when I was in second grade, the school corridor,  flanked by fluted pillars on one side and classrooms on the other side, appeared unending. It’s only when I grew up, that I realized how pedestrian the corridor really was, length-wise. In that sense, childhood is a completely different world – its concerns, jubilation, disappointments, all appear exaggerated and unfairly underscored at the moment. When I was growing up, one of the prominent concern in school was to make sure nobody sees you eyeing the girl you like. The contributing factor could perhaps be growing up in a small town in the 90s. 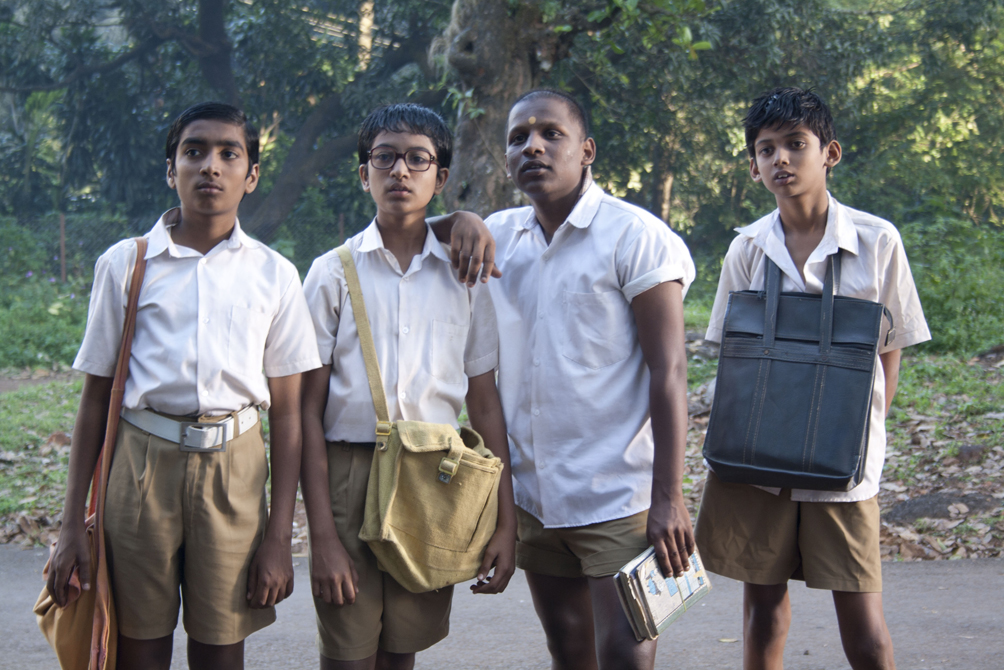 The Marathi movie, Shala, is set in a similar milieu (instead of 90s, it’s set in 70s), where girls and boys are clearly demarcated. Talking to a girl equates to muffled voices in classroom, and a widespread rumor that the boy is trying to woo the girl. The male lead of the movie, Mukund (played by Anshuman Joshi, the performance is nothing short of gobsmacking – an ingenious mix of charm, restraint, and shyness), a ninth grader, is riddled with a problem too common to adolescents – he is infatuated by a classmate. Although if you ask him, in all probability, he would say he’s in love.

And what can the boy do? Nothing much, except look at her and smile, while making sure that she is not aware of it. It’s 70s and there is no concept of fancy dates, or fashionable avowal of love. Instead there’s a lot of silence, a lot of half fructified smiles, and a lot of diffidence. And this is where Shala scores primarily, because its core subject-matter is not glamorous, and is not something that can be delineated on celluloid with ease. Shala’s simplicity and honesty (though it achieves that while being entertaining and without bartering its cinematic ambitions) is endearing because this is precisely the quality which so many movies lack today. But having said that, the movie could have been pleasing but forgetful, if not populated by a bunch of very relatable and interesting characters. And they are written in such a way that they explore a very important facet of childhood – vulnerability. 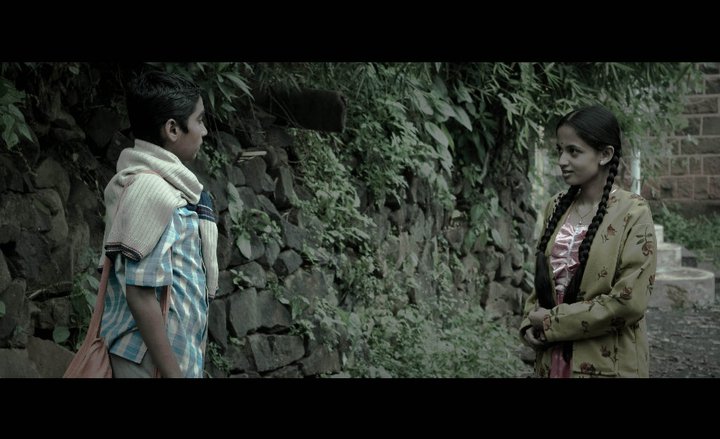 When I was small, I used to see the elders around me – the frequently shouting bespectacled teacher, the cool cousin who could prattle fluently in English, my equipoise elders.etc, and think how impenetrable and how infallible they were. It’s only much later I could truly internalize that adults are vulnerable in ways children can never be. The makers of Shala know this. That is why Mukund’s uncle seemingly appear perfect – he speaks English flawlessly, quotes dialogues from Hollywood movies at his will, and in general, seems to be in synch with the younger generation. He is hunting for a bride currently, and does not want to get hitched with an ‘aunty-type’, the kind of proposals he is inundated with at the moment. He confides to Mukund, that he wants to get married to a western girl – someone who has a bob cut, and is more personable. Mukund completely concurs. He does not know that life seldom unfolds the way we want it to. Some scenes later, his uncle tells him that he is finally getting married. Mukund takes a look at the photo and asks him, “To her? This aunty?” His uncle does not have a suitable rejoinder. That scene perfectly captures the dichotomy between children and adults. Adults know how to compromise, children are oblivious to it. The other interesting characters include, Mukund’s close friend, Favadya, who’s also smitten by a girl studying in the same school. Mukund can at least hide his vulnerability by lying, Favadya is incapable of even that.  Then there is a young school teacher who playfully likes to put down every other subject except the one he teaches.  And a female teacher who’s so strict, she qualifies to be a sadist. Chances are, you might have encountered all such characters while growing up. Going by that, most of the characters in Shala are stock characters (generally, used in a negative connotation), but since, we watch the movie unfold mainly through Mukund’s point of view (It was adapted from a novel by Milind Bokil. I would not be surprised if the novel was written in first person point of view or a limited third person point of view), it’s difficult to make all the peripheral characters nuanced.

The female lead of the movie, Shirodkar (if at all one could use such conventional slotting for this movie) is a suitable counterpart to Mukund. She doesn’t speak much, but expresses a lot via smiles and nods. As far as their relationship is concerned, she is not as willing as Mukund, but does not rebuff him either. She clearly enjoys his company, but doesn’t know what to make of it. Also, given the domain the movie dabbles in, it could have been incredibly schmaltzy, but to director’s credit, he stays away from it. Mukund keeps asking Shirodkar, what is their future? She doesn’t understand, or even if she does, she feigns ignorance. Or maybe because, she knows the answer, but Mukund doesn’t. The movie is also about the first pangs of rejection, and the helplessness it brings with it — a poignant precursor to the adult life.

The first three-fourth of the movie is devoid of any overarching tension, but even then the movie never slacks. Only the denouement is not as clever. Here the plot meanders a lot, and shifts from the main track, thus making the movie lose its focus. In the final twenty minutes, the director seems a lot less confident, concluding subplots sloppily by unnecessarily injecting dramatic moments  (I like to call it the ‘Rakeysh Omprakash Mehra syndrome’). But even then the blemish is not enormous enough to blot the entire movie.

In recent times, when most of the movies are content in painting the conflicts of their characters in broad-strokes, here’s a movie that does not believe in simplification, neither for itself, nor for its characters.

[The author is an award-winning film critic; read more of his work on his blog here.]