The Stages of Adil Hussain

Definitely not someone who unhurriedly withstands a flurry of unpolished questions between his Masterclass and his screening (What Will People Say) at a leading film festival. Sitting on the steps of the picturesque Tibetan Children Village during the 2017 Dharamshala International Film festival, Adil Hussian, arguably India’s most versatile actor and seasoned film-festival goer, candidly chats about the event, his journey and his views on the current filmmaking scene: 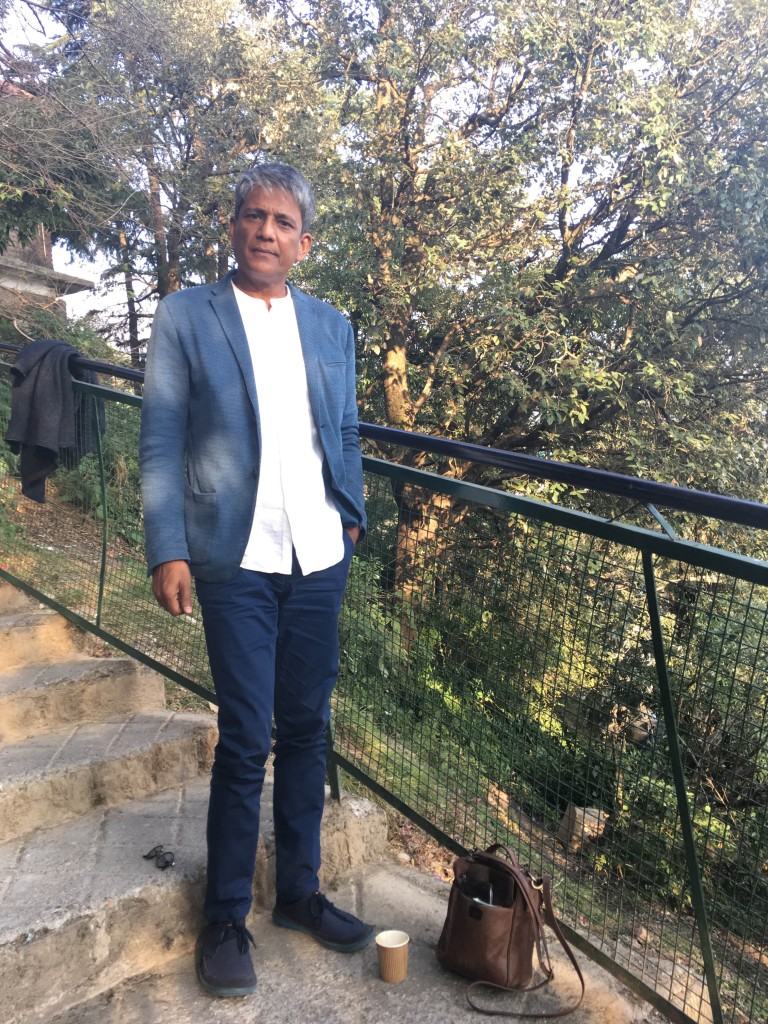 What brings you the DIFF?

AH: I’m presenting two of my films: ‘Mukti Bhawan’ and ‘What Will People Say’. And I just finished conducting a Masterclass. I told Ritu and Tenzing (the festival directors of DIFF) I’m hardly mentor-material, not really a “Master” yet. Thankfully, it was more like an interactive, informal chit-chat with young people. I prefer it that way.

Adjusting to the DIFF vibe?

To me, DIFF is one of the best film festivals in the world. I have attended a lot of film festivals worldwide. And this is different, not just in India. There are no frills, no paraphernalia, no formalities of ‘red carpet, black suit’. Here, precedence is given to the art of film. What sticks is the focus with human contact: that involves the film, filmmaker and audience. After all, isn’t human connection the very essence of filmmaking? Excessive gloss and glitter make things toxic. The way popular culture floats the image of an ‘ideal female body,’ I feel glitzy film affairs, too, are born out of a fear psychosis. It’s like a devil trap.

I met you at the Guwahati Film Festival in 2010. As insolent as it sounds, I didn’t know much about you then. Since then your journey has been nothing sort of phenomenal.

I’m lucky to be sought after by people who understand my work, to have casting directors from all over seeking me, to be recommended by actor friends. I have no agent. Still, I have had work come by, sitting out of Delhi. I do have a manager who gets involved once I land a role.

It all started in 2008 with Abhishek Chaubey’s casting director spotting me in my play, ‘Othello’. I then landed a role in ‘Ishqiya’. I couldn’t afford to go to Bombay for the auditions as I was a theatre teacher. Abhishek was kind enough to come down to Delhi. And then came a wide range of projects. There was The Life of Pi. There was English Vinglish – a mainstream project made with lot of love and hard work by Gauri Shinde. There was Lootera, Mukti Bhavan and there was also Zed Plus, 2.0 and Force 2. The latest is ‘What Will People Say’ by a Norwegian-Pakistani director (Iram Haq) screening here at DIFF, and a French road movie called ‘Crash Test Algae’ in which I play a transvestite.

Did you always dream of being an actor?

I grew up in Goalpara, Assam watching films starring Amitabh Bachchan, Dharmendra, Hema Malini. I used to sneak out to watch them at cinema halls, only to be brought back home by my older brother. Back then, my dream was to join Bollywood and remained so till I got through NSD (National School of Drama). That’s where I fell in love with theatre. In fact, I’m taking time off films to concentrate on theatre now. Since May, I have turned down around 15 films to concentrate on theatre. I am preparing for Karmanishtha, a one-hour solo play that focusses on the dialogue between Krishna and Arjuna. 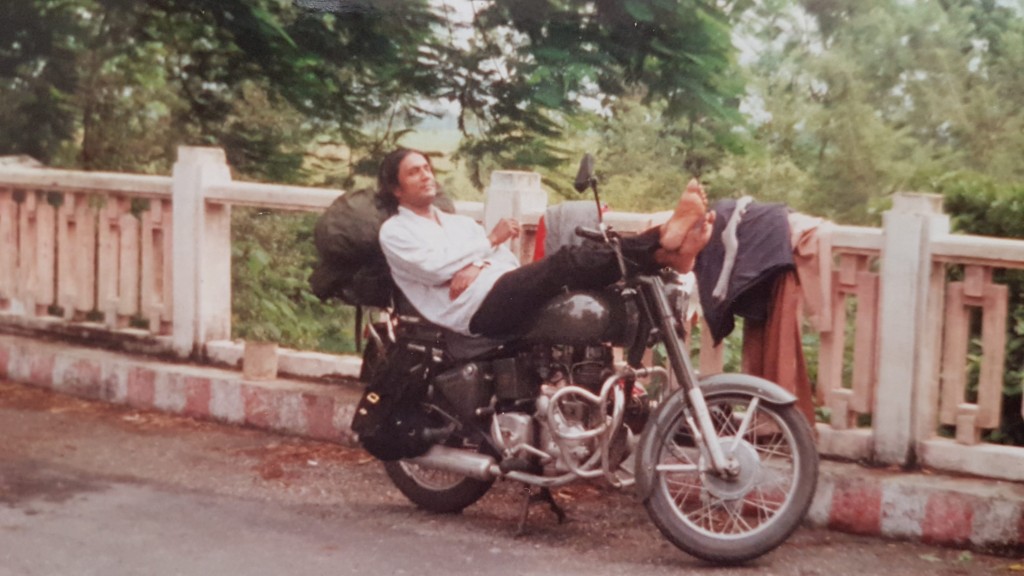 Hardly. I had this teacher Khalid Tyabji; he refused an offer by Steven Spielberg to act in Jurassic Park because he was stationed in a Bengali village to learn an instrument. When you have teachers like that, you learn how to stand by your word. I have been planning to take this break for a while. I felt a fatigue, a lack of enthusiasm towards acting in films. I miss investing in the engagement that theatre requires, its rigour and melody. My last stage play was two years ago. 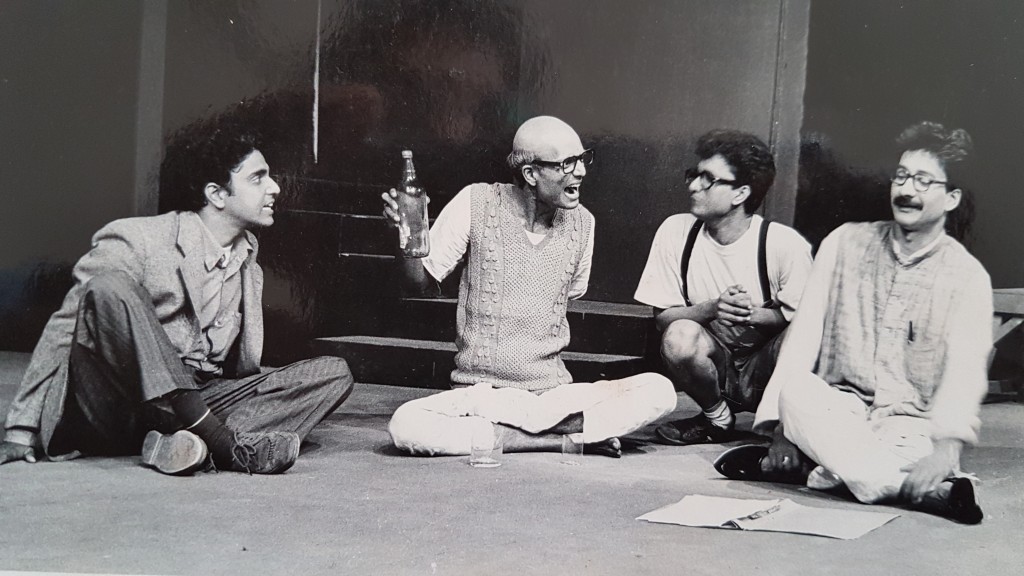 You’ve done a lot of Shakespeare. 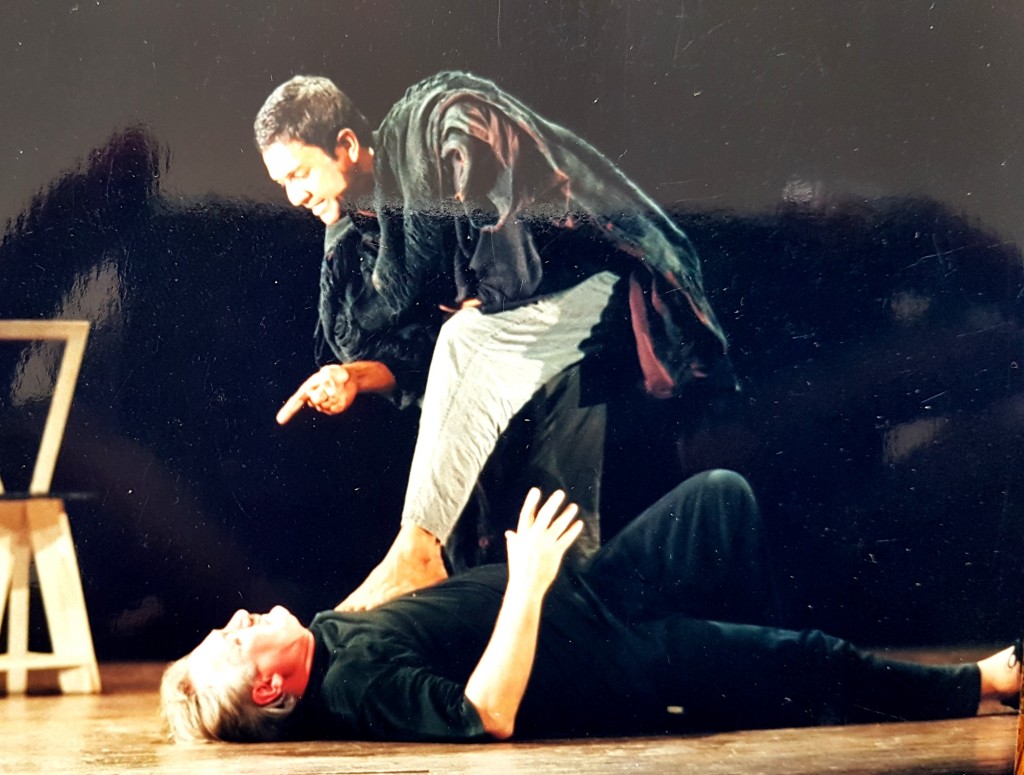 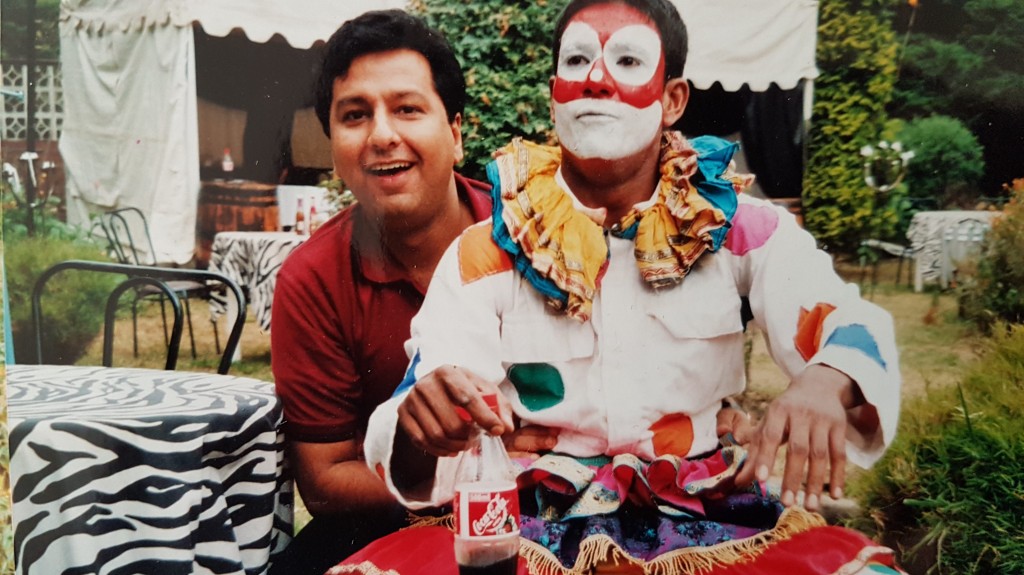 What about your views on the mainstream – indie cinema divide?

The fundamental question should be: Why am I doing this film? – is it to make money? Is it an artistic pursuit? Or is it to make a name? Everyone has their reasons for making films. You can be an arrogant indie film-maker who thinks you’re doing it for a particular audience or you could work harder to make it more accessible without compromising on its essence.

Like in Mukti Bhawan, for example, there was no intercutting to make it appear ‘arthouse’. It was a simple story that resonated with many hardworking folks. Short films are the window for young filmmakers to explore, to experiment with one’s skills  and craft before making a feature film, and to test one’s artistic boundaries. Sadly, shorts are yet to realize their monetary value here.

How do you think independent cinema, in general, can be economically viable?

The government needs to back it in a serious way. The NDFC gets some INR 30 crore. That needs to be raised to INR 300 crore, if it is serious about making and supporting cinema that makes sense and catches nuances, films that don’t tickle your lower instincts easily and raise inarticulate questions about human life. That kind of cinema stems from an individual making sense of life and society around him. It is bound to keep audiences engaged. The government should encourage this kind of cinema. It’s a disservice to society not to, especially in the face of the monstrosity that is today’s commercial cinema.

But commercial cinema does have wider audiences?

It all boils to down to the ‘tongue taste’ and ‘hand taste’ argument.

What’s easily accessible and easy to make v/s what’s crafted with attentiveness and love. It’s unhealthy to consume movies that are easily accessible these days. How many movies are being made today that, once you step you out of the hall, you actually remember them? If we had been given a INR 10 crore media budget for Mukti Bhawan, we’d have a wider reach. Tastes would automatically change.

Cinema in India is largely escapism. People switch off in dark halls.

For that, filmmakers are responsible, not the audience.

Since 1980s, we’ve given them a constant supply of trash, and suddenly we expect them to see the subtle aspects of life? There have been films in the past that dwelt on the finer aspects of life and were loved by audiences: Pyaasa, Kagaaz Ke Phool etc. I remember I was in Chicago showcasing ‘Lessons in Forgetting’. I had an Indian come up to me and say he never knew that such films were made in India. It’s the duty of the makers to give audiences of all kinds of options.

What about the inevitable mass-class divide?

It’s a faulty assumption we literate people make that masses need to be catered to by tickling their lower, baser instincts. It’s we, the people making films, who have the power to create and give audiences the option of mediocre cinema. And the media plays a role as PR to this mediocrity.

We underestimate our audiences. We come from a culture of complex narratives – the Gita, Mahabharata, Ramayana. Why do we assume audiences won’t get anything besides mediocrity? It’s like you kick off a pebble in your path, till someone points out it’s a diamond. It’s you who needs to have the trained eye of the jeweller to recognize the worth of something you dismiss so easily.

How do you see things progressing from here?

We are in a period of transition. We don’t seem to understand Indian wisdom; we’ve recklessly taken to Western formats. It’s definitely the beginning of an era for better cinema with the number and quality of independent films being made. Still, I need a Force 2 to act for a nominal fee in a Mukti Bhawan. Commerce plays an important part in maintaining this balance.

Also, film per se is a younger art in comparison to an art like theatre, which is almost 1000 years old. Such kind of filmmaking is in its infancy. It’s still a toddler walking in a stupor; it will take years to mature and attain adulthood.

What gives you hope it will attain adulthood in India?

You do have big names supporting festivals like MAMI, which is good. It’s a kind of a social responsibility. You have examples of Sairat as a great business model: invest in 5-crore films which have the potential to rake 100-crore. Makes sense, instead of investing 60-crore movies to make 70 crores.

What’s your advice to young people interested in film?

There is a lot happening in the film scene, and a lot of opportunities to prove oneself. Those who join it only for the love of glamour and glitz might not last. Those who are in love with the art of filmmaking are likely to last.