A proud son hires a documentary filmmaker to immortalize his father’s legacy. Tensions flare up between filmmaker and subject—and a rookie cameraman is caught in the cross fire—as the three travel across France unearthing threatening family secrets. Victor’s history is a documentary-style film shot with no crew and minimal light, about the changing dynamic of three men brought together by a journey that threatens to turn their worlds upside down.

Its director, Nicolas Chevaillier, is a French/American first-time feature film director. He has directed animations, written screenplays, and illustrated books and video games.

Here, HEENA D’SOUZA has a quick chat with Nicolas about his film, which plays in the DISCOVERING INDIA section of Jio MAMI Mumbai Film Festival 2017. 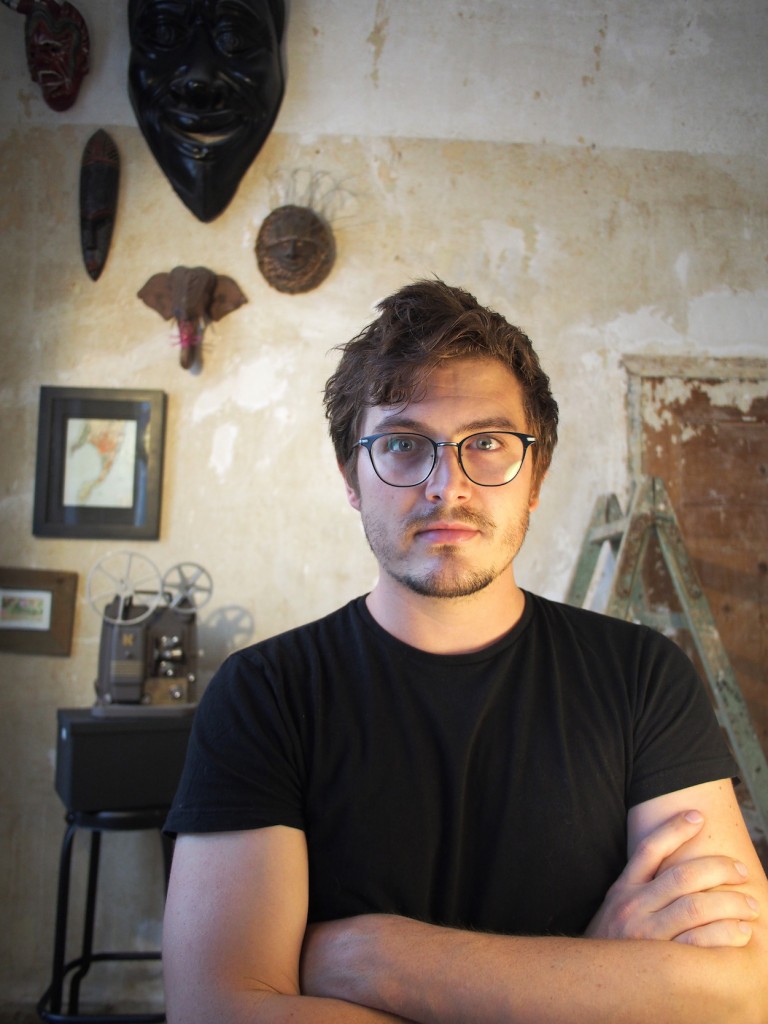 Tell us about your journey as a film maker.

NC: I went to a private film school in Los Angeles, where I learned the technical side of filmmaking and made many shorts in an academic setting. However, for the last ten years, I worked as a self-taught illustrator and animator, working on children’s books and directing animations for television. Victor’s History is my first feature film and my return to live-action storytelling.

When did you decide to make this film? How long did it take you to finish this project?

About a year before production began, I decided I wanted to make a feature film, and rallied my team together; Shoaib Lokhandwala as a producer, and Kev Clinsc as an actor. We were tired of of the slow and competitive channels of looking for studio backing, and decided to make a self-funded, micro-budget feature. We wanted to see if it was possible to make a Dogme 95 inspired film without crew, something we had never seen done successfully. The story came to me quite naturally, and I wrote the characters with the actors in mind, so we were able to fast-track to production quite quickly. We spent a month on location, and shot the entire film in under fifteen days of shooting.

Were there any challenges?

NC: Spending a month in France with Shoaib and Kev, shooting a film we had dreamed up in our heads a year earlier, was a dream come true. As we had no crew, we all had to familiarize ourselves with different technical aspects of filmmaking, and we learned a lot. Apart from the typical technical challenges of making a film with no crew, and only natural light, we ran into a few snags that forced us to think quick and be solution oriented. We had the police called on us by concerned neighbours who thought we were professional burglars, there were two trips to the hospital due to life-threatening illnesses, and a death in my family meant we had to rearrange our shooting schedule and shoot the film out of chronological order, something we had our hearts set on doing. But we finished the film, with time to spare, and are more ready than ever for our next adventure. 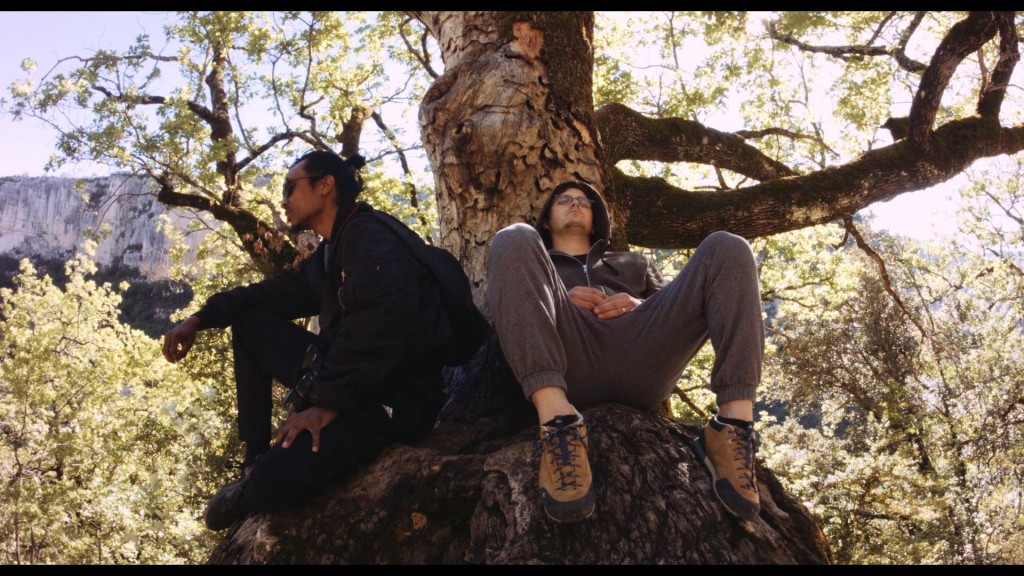 What intrigued me the most about the film was the format in which it is shot. Why did you choose this particular format (mockumentry) to tell your story?

The film deals heavily with the idea that the historical record is doctored by those in power, to their own benefit. In our film, the viewer gets a rare glimpse of what’s really going on, before Victor has a chance to stack the deck in his favour.

Was it a deliberate technique to get your audience vested in the film?

I feel there is a certain voyeuristic quality to the genre. You get to see snippets that would never make it into the final cut of a documentary. And as a viewer, you are aware there is a camera there. You are aware that you’re watching something private unfold, and you aren’t able to separate yourself from the action as easily as if you were watching a traditional narrative. There is a certain discomfort that comes with that, and I enjoy making the audience squirm a bit.

The characters chosen not only fit the themes in the film but are also very relatable in a modern context. What was your inspiration for each character?

Both Shoaib and Kev were close friends of mine before we began filming, and as in the movie, we come from vastly different backgrounds. In real life however, we get along much better than our characters do in the film, and we are almost a utopian model of multiculturalism. But in context of the film, I wanted our differences to be exaggerated, so that they serve as a boiled-down, microcosm example of socio-political challenges faced by the world today. In those three characters, we are able to play with racial inequality, colonialism, nepotism, and economic disparity, all in one film. 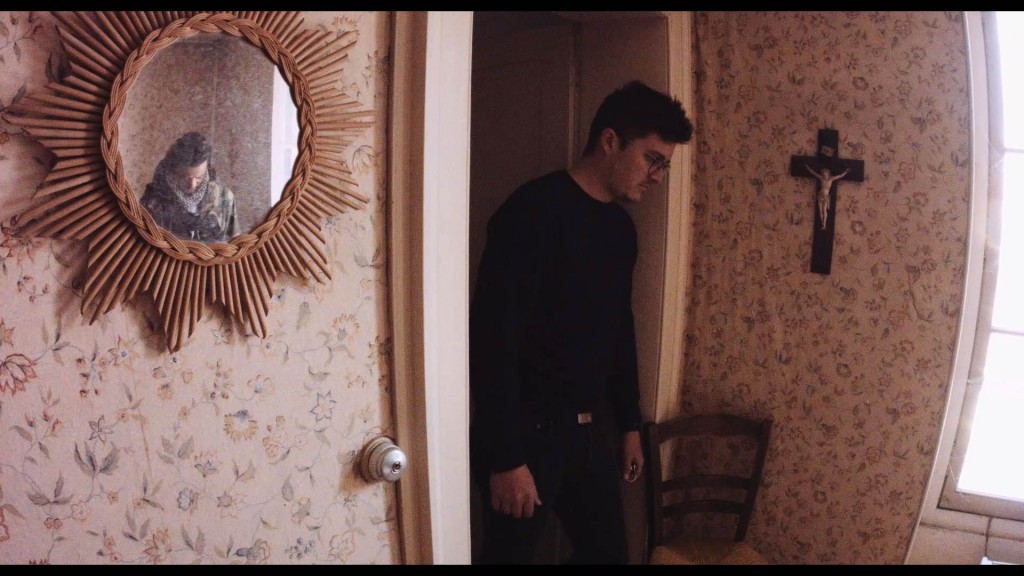 Victor and Dorian’s characters were the two obvious elements of the subject. What does (cameraman) Zuhair’s character represent in the story?

Zuhair begins the movie almost as a blank canvas; a silent observer. He has few lines, and you don’t get to put a face to the voice. He keeps his opinions to himself, and doesn’t rock the boat. In essence, he represents the audience. Just like him, the audience is watching, taking it all in, staying out of the squabbles between Dorian and Victor. Slowly, Zuhair becomes more involved, taking an active role and adjusting the trajectory of the plot. Zuhair is the voice of reason.

What do you plan to do after this film? Are you currently involved in any other projects?