My life: The Three-act Film

Growing up on a daily dose of two Hindi films on Zee Cinema, I was too filmy to handle for my friends in my self-sufficient hometown, Raipur. Unlike other fan boys of my town, I was quite convinced that there was somebody out there actually commanding the actors to do whatever they are doing on screen, someone controlling everything I saw — which eventually floated me towards the wizard ship called Film Direction. At the age of twenty, out of sheer curiosity I made my first short film with a Nokia N-97. Following that, I made two more shorts which convinced my parents that I was going to waste their hard-earned money if pursued an MBA like everyone else. So they willingly let me go to Pune to do my Mass Communication.

I joined Indira School of Communication in Pune, and that’s where I got introduced to the magic of World Cinema. I got fascinated by the fact that there is in fact a lot more to watch, apart from regular Bollywood stuff. That made me redefine my entire idiom, and I started making short films which were far more intimate and cathartic. I realised that as a writer/director, I have something to say. It’s important that I use the medium accordingly. To communicate, not just show. With persuasions from my teachers and friends, I moved to Mumbai to get a job as an assistant director (AD). They made me believe that this will help me polish my craft. 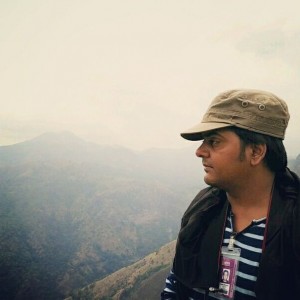 The year was 2012 and the Sholay of parallel cinema, Gangs of Wasseypur, was playing in cinemas. Just like other lads my age, I was also a big Anurag Kashyap fan. I wanted to assist him and, yes, only him. Religiously, I visited his Aaram Nagar office on a daily basis for six months, but I never got to see him. So the idea of assisting him vanished from my mind. Meanwhile I was writing the screenplay of a weirdly-titled film, called Ek aur Saraab (saraab means illusion). We got a producer, an ex-banker on board, and he allowed me to direct the film. We made that film on an insanely shoe-string budget of 15 lakhs. It took us 2 years to complete the film, and in the year 2015 the producer decided to release it himself in Mumbai and Pune. We released the film in Fun Cinemas (Mumbai) and in City Pride (Pune). Nobody saw that film. It was our fault; we took too much time while wishfully day dreaming about the idea that we will able to sell this film to a big corporate banner, who would give us a big conventional release. But for them our film was not ticking any of the boxes mandatory for a large-scale commercial release. We wasted our time and effort in pleasing the industry; we didn’t talk about the film on social media either, thinking that it would make us look unconventional, or amateur rather. So wrong we were. Frustration took over, but my middle-class upbringing always reminds me of the fact that I cannot afford the luxury of going to a solitary frustrated zone. So I moved on. 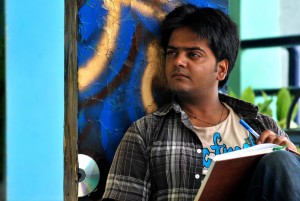 I started making web shows. So far I have made four web series — namely Cinema Tripping (season 1 & 2), Black Hole, Devdas Ki Sister and Humara Ladka Engineer hai. We posted these shows on YouTube, and we were getting good feedback from a small but loyal chunk of audience. That’s when I realized that perhaps I have a niche. The industry folks used to tell me that my work is too arty to fit into the mainstream slate, and too mainstream to be termed as arty stuff. I took this as a compliment. I agree that I am somewhat a ‘middle-of-road’ filmmaker. I learned a lesson here. As an indie filmmaker, I should stop seeking the approval of industry biggies, and stop romanticising about ‘not for anyone; for the sake of cinema’ mentality. As a filmmaker my responsibility is to reach my audience. Looking at the nature of my craft, I know that I can’t please the masses, but I should find my own niche. We all should. So here I am, now doing the post-production of my next feature, Play This, a small bighearted film. We are planning a limited but strategic theatrical release tentatively by June this year, and the idea is to reach the people who are really interested in watching young, fresh content. I am no more a snob or purist now, who is hesitant about acknowledging the power of social media, and I am definitely planning for a ‘stylish’ digital release. Let’s see.

Play This is my upcoming Hindi-language feature film. It’s an indie in the truest sense of term, as we have made it independently, and the idea is to release it independently. It’s a story about some broken souls, the rebels, the outcasts and the wanderers, who are struggling hard to find their identities.

It’s the story of Rajat: a hedonist drummer who wants things to happen his own way, who never takes no for an answer.

It’s the story of Antara: who pours her heart out whenever she writes her poems, which also leads her into trouble quite often.

It’s about Michael: a carefree, soft-hearted guitarist who is as complex from within as he is sorted from the outside.

And it’s about Kabeer: a gypsy musician who always looks for good vibes, as he is anxious and paranoid from within.

The film addresses the identity crisis the characters, and today’s youth in general, are going through. As a writer-director, I don’t intend to give any message through this film, but I want the audience to relate to my characters even if they are twisted and flawed.

A major chunk of this film is shot in Sri Lanka, and it helped us a lot to maintain the undercurrents of peace — which is integral to the text of the film.

As of now we are promoting the film on social media, and we are enjoy the feedback we are getting. We have recently released our ‘Not a Trailer’ and it has attracted a good response (2000 views in 2 days, “good” for indies like ours). The idea is to keep promoting ‘Play this’ digitally, and to find my own niche through this film. 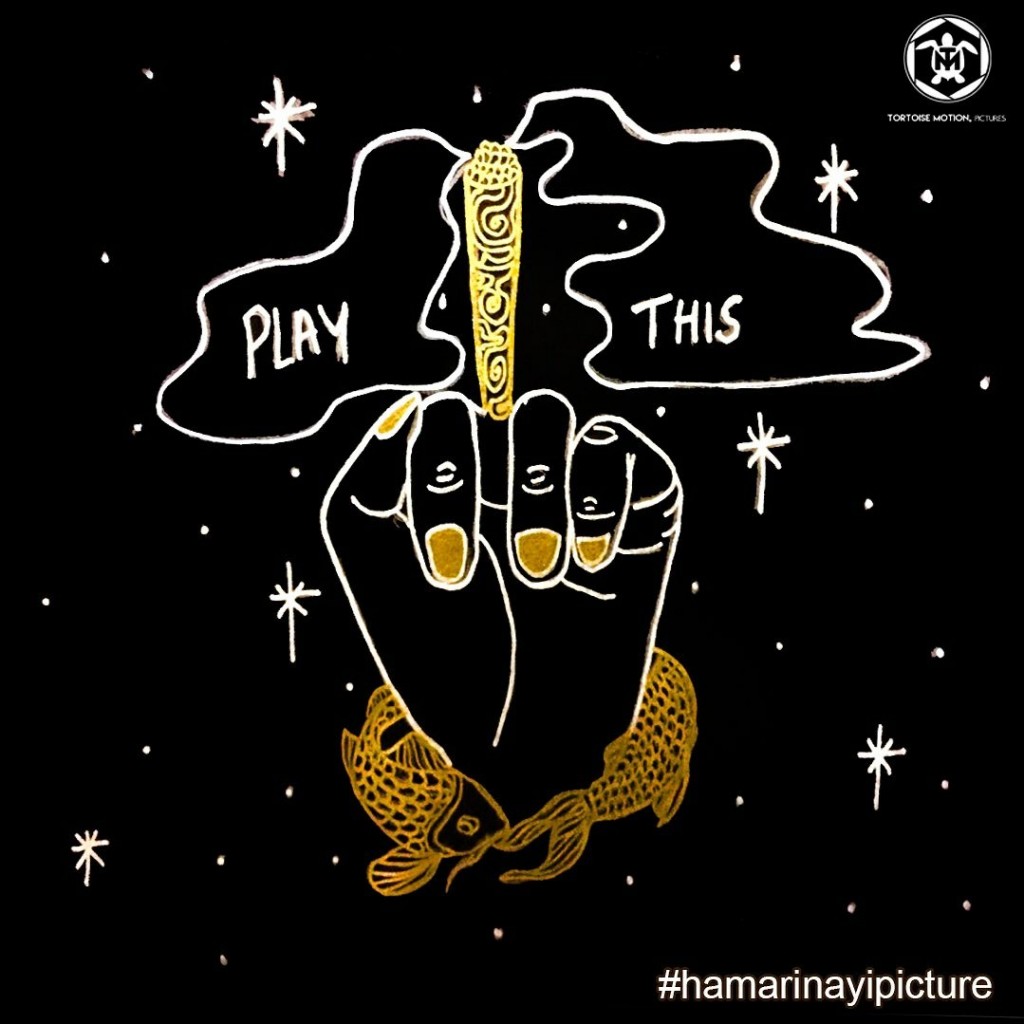 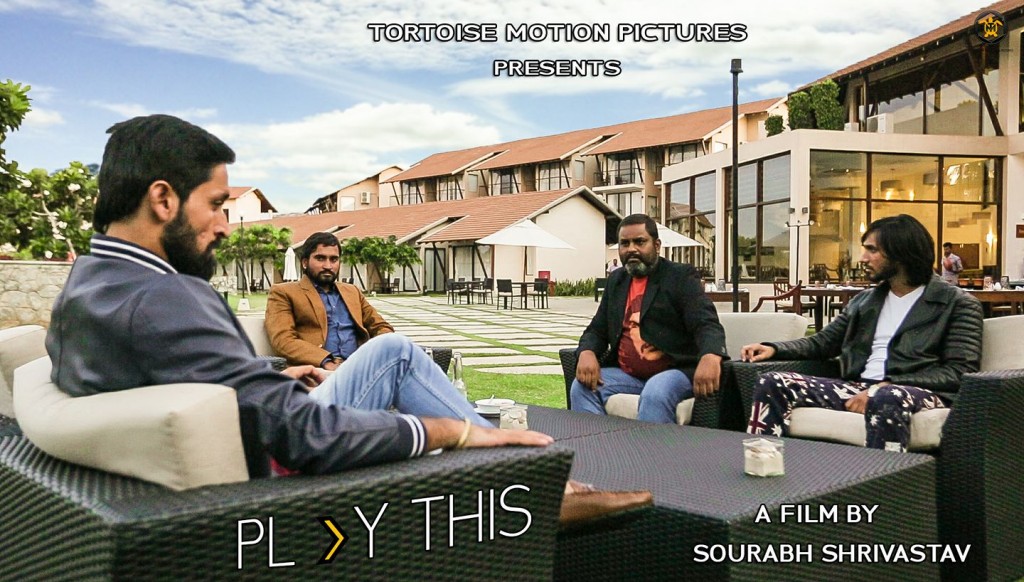