The general consensus is that 2016 wasn’t a great year for Hindi films. Sure, there were a few standouts — Kapoor & Sons (Since 1921), Udta Punjab, Neerja, Dangal, Airlift, Pink, Parched and Island City — but on the whole, as usual, there were far more below-average (and downright terrible) mainstream films than average ones.

Here, we list the worst of them in ascending order of un-watchability. For obvious reasons, we’re only taking major commercial releases into consideration. Because honestly, if we consider films like Tera Surroor, Direct Ishq, Sanam Re, Beiimaan Love, Baaghi, Dongri ka Raja, Love Games, One Night Stand, Do Lafzon ki Kahaani, Shorgul and Veerappan, there will be no winners left — both literally and figuratively. 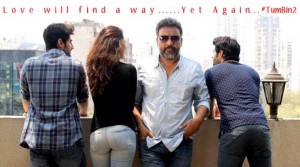 Whenever an actor looks out of depth (which is virtually every second), velvety snow appears, making Scotland and Neha Sharma’s tears look like a pretty crocodile in Greenland. The snow is so white and persistent that if they were allowed to vote across the ocean, Donald Trump would be sworn in as their leader. When a man is skiing down a steep cliff early on, he looks like one of those 1950s black-and-white heroes in a car with cardboard-backgrounds whizzing by. Production value, what? This incident looks so ridiculously shabby that one wonders how Shah Rukh Khan ever placed the ultra-expensive superhero saga, Ra.One, under Anubhav Sinha’s control. But then again, Ra.One was terrible and the adequately hummable Tum Bin was a sleeper hit back in 2001.
Sequel = Identically dated three-way template in T-Series-funded vacation setting. 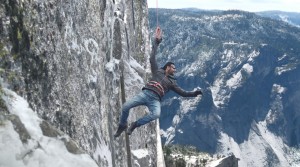 Snow, again. After Kajol scouted Bulgaria’s scenery in the infinitely more horrid Dilwale, her husband now pitches a horribly overwrought Indian flag in the lovely country’s most unsuspecting mountains. Never mind that parts of Bulgaria are passed off as Himachal Pradesh. A thousand pro-climbers and Sherpas committed suicide when Ajay Devgn’s Shivaay hit the screens on the same weekend as Karan Johar’s Ae Dil Hai Mushkil. An ‘entertainer’ so full of itself, so dumbed down and daft to accentuate its action chops, so detached and simultaneously obsessed with ‘mainstream masala’ templates…an absolute Singham-meets-Chillum of a moving picture.

Rustom, made by the director of 1920 London, uses the infamous 1959 KM Nanavati Case as a red herring to construct a bastardized hate-child of Himesh Reshammiya’s costume-capered Xpose and a Balaji-flavoured courtroom drama. In other words, this is an excitable adultery-for-dimwits gabfest where everyone looks like they’re navigating an ill-lit snow globe. This is one giant role-play session; the colonial-hangover Bombay Velvet sets seem to have been painted over with cakes of differently-abled CGI, sunsets look like orange juice stains, cheesy chess metaphors (Oh, Wazir) indicate much-wow smartness, public faces are shown nodding vehemently in unison (“Sahi kiya!”) to display support, affairs look like Madh-island-villa aesthetic condom ads, croma-key scenery looks horribly stretched outside windows, bungalows resemble the insides of Katy Perry’s makeup kit, badly-detailed murder scenes are replayed repeatedly to mislead viewers, the background music has multiple seizures, Akshay Kumar goes from cardboard to Cheshire cat in a Bhatt-style alternate-history twist of a real-life event, and community politics bear the subtlety of an Indian sports biopic. 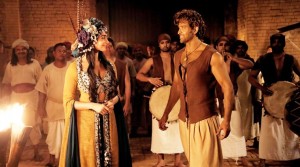 Oh, how the mighty fall in Bollywood. Ashutosh Gowarikar is well on his way to immortal Subhash-Ghai-dom with his latest disaster — a mighty snoozefest starring a bronzed star frightfully identical to the walls he dances against. The most tragic part about this film is not how ruefully average it is; it isn’t bad, but it doesn’t even strive to be good. It’s probably that nobody – including the producers – expect it to be a big deal. We can’t pick out a single scene and not recall another big-budget extravaganza that did it better. Gowarikar, who has always been known for his love for history, may soon become a permanent part of it. That’s what you get for killing a crocodile and showing us a pixelated 8-bit unicorn instead. 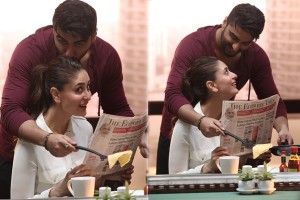 It didn’t disturb us that R. Balki and his ‘modern’ couple (Kareena Kapoor Khan and Arjun ‘wooden’ Kapoor) were essentially attempting to reverse the concept of traditional gender politics, or that the duh-Moose man was being a vacant pseudo-intellectual. It disturbed us that they were being so cloyingly smug about it. It annoys us that he OBVIOUSLY rode a Segway instead of a pink scooter; that he was either a celebrity cook or garish interior designer; that he obviously wore the mangalsutra as a bracelet; that she did everything short of scratching her crotch and farting (she even rides him first time, and sad-reminisces about him serving her coffee) to demonstrate the futility of patriarchy. And, oh boy, there’s this toy train with tracks sprawled across the sordidly designed (because, we’re cool like that in mainstream cinema) Delhi flat. It carries food and drinks from the kitchen to the living room and bedroom, and is constantly on the go. How does anybody sleep? Why does it smoke? Is it a mobile microwave and freezer too? Why is nobody taking selfies? Why is Arjun Kapoor? Why does their house look like Tim Burton’s brain? Be that as it may, Ki & Ka is a wannabe disaster, and hipster assassination of the highest order.