I’ve known Winston for four years. We met in a short film project, in which he essayed a nocturnal Indian vampire. I continued to visit him after that.
In his seventies now, he lives alone in a massive family bungalow. He has been silently fighting a property case against some greedy tenants. We share a drink, and speak about “the good old days”, even though I didn’t exist back then.

Often, I’ve walked upon him dancing to nothing in particular, immersed in his own memories. I always feel the need to write about my friend – to tell you that he has much to offer, and that he thrives in decent company.

An ambitious fresher with a leading daily, Deepu initially identifies Siras as a spicy story. To many, even within Aligarh Muslim University, he was just that: A homosexual Marathi professor, an “outsider”, caught red-handed with a rickshaw puller in bed. Never mind that he was once married for 20 years. Suspended, disgraced and asked to vacate his house, Siras became the storied epicenter of a typical small-town quake. Many, except Deepu, had forgotten that a man’s privacy had been violated.

In Aligarh’s long, sweeping opening shot, two men with cameras are seen sneaking into his flat minutes after he enters with his lover. Disturbingly, they know exactly where to go, and they do so (going from jokey to business-like) without any inhibitions. Director Hansal Mehta holds the gaze of the first-floor window so intently that you can sense the prying eyes – of those who allegedly planned this illegal raid. 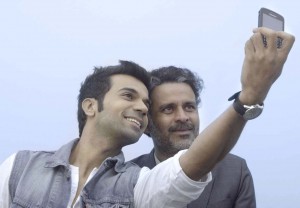 Deepu is later aghast by the specifics, “Was the door not locked? Who told them? Did they blackmail you?”

However, along this two-month ordeal (which seems a lot more, given Bajpayee’s time-defying performance), Deepu reaches a stage where he just wants to see Siras. He is surprised by his own lack of agenda. Like any concerned friend, he wants to check up on him. The ongoing case, media attention, protests and LGBT support are merely incidental.

When they meet again, they go on a boat ride, where Deepu is fascinated by his friend’s take on love (“Try understanding it, instead of encapsulating it into one term.”) He then hugs Siras goodbye at the end of a long day. By now, even Siras has learned to say Deepu’s name in a knuckle rapping, endearing-teacher tone.

By now, it doesn’t matter anymore whether the door was locked that night. It doesn’t matter if Siras’ spunky lawyer (an excellent Ashish Vidyarthi) would win him this battle. It is a fight he needs but doesn’t deserve.

Deepu hopes they will meet again, though he fears they won’t – just like I do, when I leave Juhu every month. He almost regrets that, in a cruel way, he is responsible for Siras’ withering physicality and tired chuckle. If he hadn’t pursued the story, the country wouldn’t have descended on the professor’s frail shoulders.
Let him live, Deepu wants to say. Yet, living is impossible until he dies for this right.

I recently watched an old archival interview of the real Professor Siras’. The remarkable thing is that Bajpayee sounds nothing like him in the film, and yet, he becomes him. His interpretation is fluid and fiercely evocative.

When he sits with that glass of whisky humming to an old Lata Mangeshkar song, one can sense the countless isolated, paranoid nights that Siras endured. When he loses his cool with an unreasonable landlord, one can sense the impulsive reactions that writer Apurva Asrani must have suppressed when he was in an identical situation. When Deepu makes out torridly with his editor on a terrace, one can sense Siras imagining a universe in which he can do the same without being scrutinized.
He made mistakes too, but he wants to be forgiven like any other adult.

The makers show considerable restraint with their film. It may be a story about hypocrisy, sexuality, intolerance, “coming out” and various relevant causes. But they will do well to remember that, first and foremost, Aligarh is a dignified account of two men who became necessary to each other – before the world (and the jowls of politics and Bollywood) consumed both, the movie, and its inhabitants.