Alka Raghuram’s Swiss-French co-produced documentary, Burqa Boxers, following the lives of three young Muslim women pursuing their passion of boxing, was awarded grant Open Doors at the Locarno Film Festival in 2011.
It plays as part of The India Story section at this year’s Mumbai Film Festival.

Snehita Kothari speaks to its director Alka Raghuram about the conception of her film, the method and the challenges she faced over time.

What are your influences?

AR: While everything in life influences one, I think growing up in a small town, Indore, has influenced me the most as a storyteller. As a girl, the constant shadow of fear that looms over you wherever you go, and the task of keeping yourself safe, that you learn to live with frames the way you look at the world. It’s hard to get rid of, and it shapes your ideas and dreams. Telling stories is my way of negotiating it.
As far as cinema is concerned, I love Kieslowski’s films. Patricio Guzman, the Chilean documentary filmmaker, is another hero.

How did you get the idea of making Burqa Boxers?

In the early to mid 2000s, the women boxers from Khiddirpur received a lot of press. The coverage triggered my curiosity. I was especially curious about their motivation for engaging in an activity, which to an outside observer seemed so radical.  I had this romantic (and naive) notion of women putting an end to patriarchy and starting a revolution by learning to fight.
But, of course, their motivations were far more practical; they were trying to qualify for the quota reserved for athletes in public sector jobs for the police, railways etc. The desire for empowerment was still at the core of this enterprise, but it manifested itself in a pragmatic approach, which I thought was admirable and extremely ambitious, considering the sheer lack of resources at their disposal.
When I first started filming, I wanted to investigate how learning to box transforms one as a person and what it means to overcome fear. The way the story developed over years, it’s become a portrait of the first few steps towards coming into one’s own identity as an individual and the grit it takes to pursue dreams. Burqa Boxers is an observational documentary that follows four characters over the course of four years as they negotiate societal pressures to conform with the desire to carve out an identity for themselves. An identity that is uniquely their own.

How much of your life has influenced the film?

I am shaped by my life experiences. In the questions I ask, the answers I seek, the stories I tell, I try, deliberately or inadvertently, to address the needs that arise from that particular place, regardless of the material. I guess what I am trying to say is that my work is profoundly influenced by my life, because I am shaped by my experiences and I in turn shape my experiences into narratives that reflect my shape.

You have spoken about how women are made to behave in the “right way” by the society. How does your film challenge this mindset?

Burqa Boxers is a story about young women struggling with the expectations society sets for them. It’s a difficult task because we learn to internalize those values at a young age. Understanding this conditioning is the first step towards empowerment. For the young women in Burqa Boxers, learning to box, in a way, forces them to question those expectations. As a filmmaker, I have tried to capture a few moments in their lives when they are able to challenge those assumptions and articulate their positions. 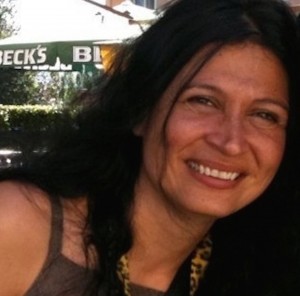 Dealing with such a subject, was it difficult to refrain from becoming preachy at some point?

Stories always have a moral point to make. It’s part of the form. As a storyteller, one constantly struggles with this desire to cull out a message and offer it as a kernel of wisdom. I have to guard against it by remaining curious about the subjects’ lives and respecting their point of view so the meaning of the story surfaces organically. It keeps me from preaching (hopefully).

How did you develop the story?

When I started out I had no idea of how the story would play out. It developed as I met the women, got to know them, and stuck around to see how their lives unfolded. The final story developed in post production because that was the time when we evaluated all the material in the context of their lives and were able to shape it to reflect the transformation their lives had gone through.

Please describe the process of making the film — from scripting to shooting and post.

It was an organic process of connecting with the people, writing treatments based on my observations and then having to discard a lot of it in light of changing circumstances of their lives. We filmed over four years, and it was uncertain whether the characters I was following would remain in the story or not. I mean, I had a general idea of how each person’s story could play out in the documentary, but as I said earlier, the final framework of the story emerged only after we looked at all the footage in post. The editor, Giuliano’s, objective feedback was crucial to the process.

How does an independent filmmaker go about marketing and finding distributors after making the film?

This is my first feature film and I am learning as I am going. Having said that, filmmaking is a collaborative thing at every level, there are no lone geniuses who can whip out a work of brilliance, raise money for it, and then market it. I think it’s important to work with people with different skill sets creatively as well as for fund-raising and marketing, and involve them from the beginning. For independent filmmakers, it’s all the more important to form supportive communities.

Why should people be on a lookout for your film this MAMI?

Because it’s a story of feisty girls with dreams who are learning to take agency and do not see themselves as victims. It’s inspiring.