Hindi cinema of today is a constant tussle for attention, producer-backing and box office reception between fluffy potboilers and the more well-voiced films from sincere filmmakers. In this ever-raging struggle, the limelight unsurprisingly favours the more commercially viable genres and easily digestible types of films as the staple industry diet. It is strange therefore, to see that there just don’t seem to be many genuinely memorable Hindi-language comedies these days, which is odd because you couldn’t find a more mainstream-friendly language.

For some reason, the genre is being grossly overlooked and abused. Good Indian comedies seem to have become a rare commodity over the last few years, to the extent that I could almost count them on my fingertips. For the sake of clarification, it’s important to note that by ‘comedy’ I’m not referring to the ‘paisa vasool’ shabby annoyances that pass for lazy laughs these days, which typically star a goofy Akshay Kumar or those inane multi-starrers (which only exist to keep some sidelined actors relevant) made by Sajid Khan, Anees Bazmee, Farhad-Sajid and Rohit Shetty. Or indeed any film with ‘Housefull’ in the title or the migraine-inducing eyesore that is the unending assembly line of sex comedies. 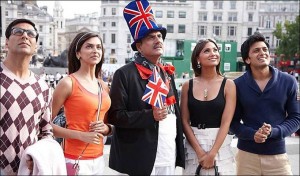 That’s not to say our films are lacking a dose of funny as such, given most ‘masala’ movies try and provide audiences with an entire buffet of emotions. In catering to the masses, they want to make sure that they get everything at the price of one astronomical ticket. That coupled with the genre-hopping within the same film towards which our filmmakers seem to be so inclined, means some degree of (subjective) humour is always to be expected. Yet, the issue remains the dearth of thoroughbred giggly entertainers, which are far and few.

Examining the period 2013 onward, it’s startling to see just how few there are that warrant discussions. Raj and D.K offered up something new and quirky by way of a ‘zombie comedy’ in Go Goa Gone (2013), which made for an unabashed, indulgent and strangely enjoyable flick. Anand L. Rai presented his own brand of small-town milieu and predominantly dialogue-driven humour in last year’s Tanu Weds Manu Returns and the more recent Happy Bhaag Jayegi, which Rai produced. Mrigdeep Singh Lamba’s Fukrey (2013) was of the coming-of-age assortment, brimming with youthful North Indian energy.

Of the more satirical variety, Rajkumar Hirani gave us PK (2014) in his distinctive style of social commentary wrapped in a fun, accessible manner.  Although it wasn’t Hirani’s tightest story till date, PK was no doubt his most ambitious film, taking on the big no-no topic of religion and blind faith. Jolly LLB (2013) was more of a feel-good satire, aimed at shining a light on the judiciary and was similarly an in parts laugh-out-loud funny film, with anger towards the system simmering underneath. Rajat Kapoor’s Ankhon Dekhi (2014) was one of the best films of the year, and a wonderfully real and layered slice-of-life snapshot which made us laugh, as much as it did pause and contemplate.

Piku (2015) was in many ways path-breaking for its genre, with an infinitely relatable family tale, and yet so simplistic and close-to-home in its approach. At a time of commercial bombardment, Juhi Chaturvedi’s remarkable writing (Vicky Donor was another smart, sassy and relevant chuckler) has been a welcome change and a breath of fresh air. Similarly, the underrated 2015 film, Hunterrr, was in many ways the authentic ‘sex comedy’ we have long deserved and the kind we need more of. 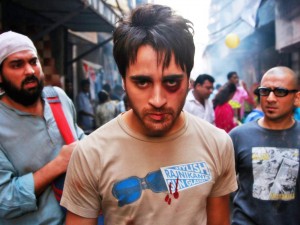 It’s therefore a weird statement to make to say comedy still seems to be an area of untapped potential, but that is the sad reality of the formulaic and comfort-zone-driven filmmaking that largely occurs these days. I, for one, still have a serious Delhi Belly (2011) hangover, given the film was an irreverent trailblazer in its own right, and was wonderfully vile and broke barriers. And yet one that seems to have all but vanished from our cinematic consciousness give that no films following it have tried to emulate it or continue down the path it had paved.

Bollywood has such a rich heritage of comedy with the ghost of Jaane Bhi Do Yaaro (1983) past ever-looming. Similarly, there are countless classics which signify our fine history of hilarity — whether that be the David Dhawan-Govinda era which dished out some fine and fun titles, or else the cult hits in Andaaz Apna Apna (1994) and Hera Pheri (2000). However, times have changed with today’s average comedic fair being a lethargic slapstick-ish brain-numbing animal. This does then beg the question of whether our golden days of comedy are far behind us. I certainly hope not, but it is at times difficult to believe otherwise, considering what is passed off as comedy these days by the money-spinning powers that be: including Happy New Year (2014), Chennai Express (2013), Main Tero Hero (2014), as well as Singhs of both ‘Kiing’ and ‘Bliing’ varieties.

Comedy — or in fact, any genre — in India can assume so many shapes, sizes, languages, colours and voices; the possibilities are endless, given that we are such a self-contradicting, vast and vibrant people. We are also often accused of taking ourselves too seriously, a trait evident from the way we lap up escapist, over-the-top musical extravaganzas as removed from reality as possible. And although we may not be a film industry classically associated with diversity in our work, we do seem to be witnessing a gradual change year on year.
We are gradually opening our minds and expanding the kinds of movies we make and stories we tell to the hinterlands and hitherto unexplored sections of untapped lands and lifestyles. And yet, in this drive towards better and different kinds of content, I must ask, where’s the funny?