It’s impossible. Ashutosh Gowarikar, the director of Lagaan and Swades, also the perpetrator ofWhat’s Your Rashee? and Khelein Hum Jee Jaan Sey, has taken one of the world’s oldest known civilizations and turned it into a hapless platform hosting a boring, been-there-done-that, dusty Baahubali-wannabe fairytale. And it looks like such hard work. The costumes, the sheer number of extras, the weather, the constructions, the devices, the labour, the design, the songs – mind you, they don’t look as awful as the trailer – all amounting to one giant archetypical snooze-fest of a film. Surely, when a director is bestowed with the privilege of such a canvas, surely, he can be more ambitious? Surely, he may at least feel like designing one memorable scene, one awe-inspiring action sequence, one money shot? Surely, he can come up with something less derivative and more original than warrior-boy-falls-for-upper-caste-girl-and-brings-down-evil-king recipe? Surely – and I say this with utmost respect for his early filmography (no, not Baazi and Pehla Nasha) – he owes it to himself to not be on autopilot after buying an entire era to explore?

A typo-ridden disclaimer presents itself immediately: something on the lines of how this film doesn’t aim to be an authentic archeological representation. So that’s done, then. The name is only incidental; it could have been called Pandora for all we care. But, time and again, we are reminded of the sacredness and (half-fictitious) rituals of the Indus Valley.

Within the first two minutes, a prehistoric and sufficiently irritated crocodile is killed. Sarman (Roshan), who belongs to a village of traders, does a Free-Willy-with-trishul on the acrobatic hungry creature. One can only feel sorry for the cuddly reptile. It hasn’t been a good month for his ilk; first, the disastrous Suicide Squad represents a mutant Killer-Croc abomination that looked like the accidental result of a drunken night between an amorous gangster and a coy lady reptile. And now, this. Anyhow, Sarman is heroic. He lays the foundation for modern handbags by slaying the poor crocodile. He then convinces his uncle to let him go to the big bad town of Mohenjo Daro, because he can’t get over a mysterious dream of a tackily generated unicorn by a river. 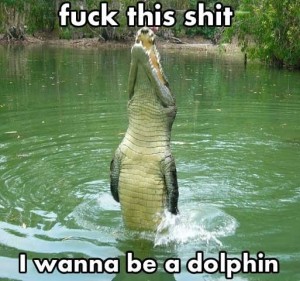 Once he reaches, he is conveniently surrounded by helpful encyclopedic beings – the omnipresent types who always show up to explain things to him (and us) about this new world [“That is the lovely daughter of the Pandit (Manish Chaudhary; without a cigar)”, “She is beyond your reach”, “That is the murderous son (Arunodoy Singh, as Moonja) of our ruthless ruler (Kabir Bedi, as Lion King’s Scar)”, “That is a director whose dated vision we are stuck in” etc.]. There’s also the mandatory bearded mad man, who has been gracing over-the-top Hindi cinema since Tinu Anand in Agneepath. Naturally, Sarman falls for Chaani (Pooja Hegde), the peacock-headed girl, who is also some auspicious chosen one: ‘Sindhu Maa ki Kripa,’ – which is why she was always destined to be hitched to the snarling Moonja. But Sarman wins her over in a very discrete Aap Mujhe Achche Lagne Lage way; the peasant dances for her twice in disguise to A.R. Rahman’s fairly soulful dhol-addled songs (Mohinjo Mohinjo, Tu Hai) – perhaps the only half-evocative parts of this play. Once he is caught, he must fight two monstrous cavemen in a gladiator setup to win her hand.
The fight is mildly engrossing, with everyone doing the 2016 B.C. Sachin-Sachin chant. All hell must break loose henceforth. Scar must spill the beans. Of course, Gowarikar, who doesn’t seem satisfied with the culmination of the evil-dictator saga, slots in another ending just in case – one that involves floods and bridge mechanisms, which could also be construed as Sarman’s last-gap attempts at becoming an engineer.

Simba Sarman is aided throughout by a symphony orchestra whose sheer expensiveness can be sensed. Roshan, whose trembling cheeks only make an appearance an hour into proceedings, should chill out a bit; choose smaller films, stop equating physical epics with effort/skills, look a little less handsome, it won’t hurt. You can be the hero without being a God-style saviour. Arunoday Singh’s expressions are like one-off reactions to his favourite cricket team losing or winning a match. His voice aside, he always looks like a guy acting out a part. Debutant Pooja Hegde looks oddly bemused with her own damsel-in-distress attractiveness.

The most tragic part about this film is not how ruefully average it is; it isn’t bad, but it doesn’t even strive to be good. It’s probably that nobody – including the producers – expect it to be a big deal. I can’t pick out a single scene and not recall another big-budget extravaganza that did it better.

Gowarikar, who has always been known for his love for history, may soon become a permanent part of it. That’s what you get for killing a crocodile and showing me a pixelated 8-bit unicorn instead.