Me: Sir, this is a very nice story. If you hear it, I’m sure you will want to make it immediately.

Producer: So what if it’s a nice story? We have said ‘no’ to Imtiaz Ali’s Jab We Met, which was a very nice script too. Our slate is full for now. Try sometime later.

It took me a minute to gather what this producer meant, but when I did I couldn’t stop laughing. Needless to mention, I exited his office.

This was back in August, 2008, a full 8 years ago, on the ‘auspicious’ occasion of my first (film) pitch. Today, by August, 2016, I have pitched my scripts to roughly around 300 producers. These 300-odd people have been either producers, studio executives or directors. As of today, I have written 24 bound film scripts, worked on around 5 TV shows, 2 web-series and made 1 short film.

The obvious question in your head right now: how did I meet so many people, and how many of these meetings translated into something on screen?
I’ll share that by the end of this post.

Finishing that script (over 1 month or even 10 years) is only the first stage of being a writer; you fully become one only if you learn what to do with this script. The real battle only begins then.
First, let me share some valuable tips (yes, I know you thought of Ramesh and Kumar Taurani, so did I), gained from all my experiences while going through the exhilarating and depressing process of being a writer:

1. Be aware of the world you live in 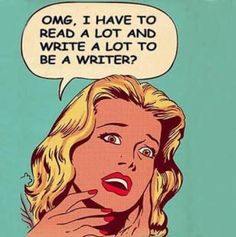 Read every gossip magazine/tabloid/entertainment website without fail. Make it a ritual. Be up to date. Any kind of information helps. It is imperative that you know who is making a film. Who wants to make a film? Who will and who can? I know it may sound a little wannabe, but the truth is that unless you know what is happening around you, you will never be able to pitch it right. There is no point in meeting someone who does not need you and your script.

If you have a favourite filmmaker, someone who you are absolutely dying to write for, do NOT get in touch with him. Don’t even try. He would most likely have a trusted writer who he will never want to leave. So what should you do in such a situation? Well, he must have a first AD (assistant director) who wants to make a film of his own. Get in touch with him/her. Earn their trust. Write something with him. He’ll pitch the script to the filmmaker because he has the access. Once he does, you might end up writing a production of your favourite filmmaker. And once you are in the system you might end up writing for him one day too. I know this sounds roundabout and a bit of a long shot, but often in this industry, the back door is the only door available. 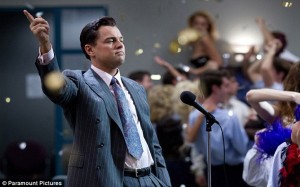 Don’t go to them, let them come to you. The studio executives are the last people you would want to pitch your script to as a virgin (no, not talking about your sex life) writer. They are the most indecisive people in the movie business; they are the people who are doing this because they could not make a movie of their own. Of course, as always, there are exceptions to this: people like Vikas Bahl from Utv Spotboy and the director of QUEEN (let’s pretend that Shaandaar never happened). Once you have made a successful film, they will run after you. They will then give you money and respect. Love them then, stay away for now.

Never write for free, *unless* it’s a very close friend or a resourceful filmmaker you can bet your bottom dollar on to make your script see the light of day. Moreover, why you should not write for free is because 8 out of 10 times the script/content will not convert, but your experience and time will be on paper and someone needs to pay you for your bills. Not many people who actually believe that they can’t make it happen will pay you to write. So take a punt on their belief, and always keep an exit clause in the contract. Don’t write off your script forever. Give it for not more than 18 months. Remember that the script must be above all; the director may change, but the script must be made. Especially if it’s a good one — the one in which everything magically falls in place.

The moment you find a decision-maker who can make your script happen, think of this person as your college crush who has turned even hotter and is now suddenly interested in you. Try really hard. Don’t send flowers and whatsapp forwards. Don’t be needy. Impress them with your knowledge, wit, charm (if needed) and most importantly, THE SCRIPT. 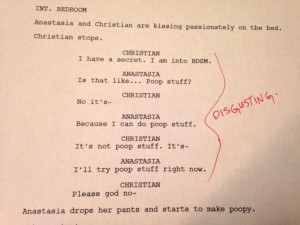 Choose the right story. It is imperative that you pick the right story to invest your life into. How does one go about that? Firstly, watch every single film that releases in a cinema hall. No exaggeration here: preferably FDFS (because it’s cheaper). You are NOT Saif Ali Khan; you can’t afford to not watch movies while wanting to make one yourself. Be aware of what is being made around you, it’ll help you filter out your ideas. For example, if you are working on a biopic of Leander Paes, then let me tell you that 7 scripts have already been written and one of them is currently in possession of Dharma Productions. See what I mean? You must be aware. Also try and not follow the trend. Be a trendsetter yourself.
Okay, fuck this. The right script is the one which comes from your heart. A similar idea may have been explored before, but it is your interpretation of it is that makes a difference. But how do you know the difference? How do you know if it has any worth at all? This is where your friends come in. 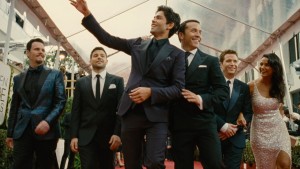 If you are friends with a Prabhu Deva fan, then it is time you look within and understand that it’s not going to take you anywhere in life (at least, thematically). It is important to be around friends whose cinematic intelligence is higher or similar to yours. They are the ones who would be your first audience; they will give you the feedback you need to make your script better. You need to find the honest ones, not the yes-men. You need perspective. And of course, there will be some ”world-cinema type’ folks as well as some cynics and contrarians who dis everything: Stay away from their opinion on your work. It won’t help you or your quest. Find the ones who are in the middle — say, the ones who don’t like Chauthi Koot but love The Lunchbox.

In Hindi film industry, there is always a reason a film gets made, and it is NEVER the SCRIPT. Case in point: QUEEN. Now you must think that, hey, wow, this great film got made because it had a great script. Oh, no sir/maa’m. Even for a movie as universally appreciated as this, the reason was simple: Vikas Bahl wanted to turn director after being a fairly successful producer, and hence the industry owed him a film. That he capitalised on this opportunity is another story.
Take another recent example: NEERJA. Much loved, big hit. Fashion photographer Atul Kasbekar wanted to turn producer. So the reason the film got made is not the romantic underdog one, and not because two writers wrote their hearts out for two years and came up with a fantastic script. Of course they did write a terrific screenplay, but it all happened after the real reason existed. Now, how does one find this reason? Well, keep seeking, till it finds you. #RumiReference #win

If you want to be prolific, then be the writer that writes dialogues for the kind of people who make hindi films but can’t quite understand the many dialects of India. Something like this can only happen either by chance or if you are friends with the right people. An example would be the story of (actor — remember the lovely Nescafe ad about the stuttering stand-up comedian?) Hussain Dalal and how he got to write for Yeh Jawaani Hai Deewani. Right place, luck, and right time.
And then we have the other kind of taxi writers, the senior writers: ones who are called to write a film and fix a film. They are the ones who have followed point 1 to 8 of this post, and they make a lot of money. 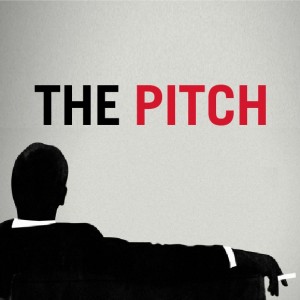 Till about four years ago, I used to suck at giving verbal narrations. I dreaded them. Then one fine day, I discovered that NO ONE READS. NO ONE. The culture of reading scripts in India is non-prevalent. So what should you do to become a master at narrating them? Learn your script by heart and perform it like you are an actor. Think of every narration as a stage-play. Be that monkey. There will be some great days and some not-so-great days, but you must keep at it. If anyone says he is interested in your script but wants to read it first, then forget it…unless it’s Aamir Khan. He does read. No one else does. They all want to hear it first, and if it interests them, then they read. There are many writers/directors who have the gift of gab. If you don’t, then don’t play the victim (oh, this country, this industry etc.) and don’t say you can’t. Just LEARN. It’s not impossible.

P.S.: This is the BEST time to be a screenwriter. The amount of options available are unbelievable. We are going through the DIGITAL boom. We have platforms like TVF, Y-Films, Amazon, Netflix and Eros Now trying to make a big impact in the web-space. This is your time. This is it. Keep writing. And live life. For the best and most honest stories will come from your own life.