Let’s not talk about sex

Sex.
The subject as taboo, as it is constantly thrust in our faces in this wonderfully contradictory society of ours. It is no surprise therefore, that how we deal with the topic on screen is far from mature and anything but evolved. The fact is that adult genres or ‘sex-themed’ movies are a big part of global cinema, with many iconic films being made in the west. These are spread across different genres, be it cult comedies such as American Pie, thrillers like Basic Instinct, or whatever the hell 50 Shades of Grey was. Suffice to say it is an interesting and undeniably entertaining area of cinema. These films don’t only prey on voyeuristic and curious eyes; they respect the theme enough to weave a narrative — or a mood, or a genuine bunch of real lives — around it.

However, taking a look closer back at home to Hindi cinema and their approach to “making” these kinds of films, you realise they are anything but fascinating, in a very tragic comic-book-caricature sort of way. This isn’t entirely surprising if one affords a closer (not too close, or you might bump into the infamous prodding, thrustful cameras) look at the ‘localised’ genre. 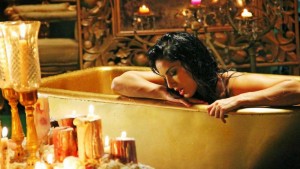 In Bollywood, these films broadly fall into the categories of ‘sex comedies’, ‘sex thrillers’ and the latest addition of ‘horrex’ (horror+sex; believe it) films. These also happen to be some of the worst films made year on year, with the most recent examples including Mastizaade, Kya Kool Hain Hum 3, Grand Masti, Zidd, Love Games, Hate Story 3, the list goes on and on. Look for anything starring Sunny Leone, Tusshar Kapoor, Ritesh Deshmukh or Bipasha Basu, or whatever Mahesh Bhatt’s Vishesh Films or Vikram Bhatt is working on that week and chances are you won’t be far off.

The fact of the matter is that mainstream Hindi cinema just can’t seem to crack a tasteful, adult-themed film as the norm, and is instead stuck making regressive, sleazy messes of movies. I speak not of how we portray sex on-screen necessarily; that is its own mishmash of censor boards and cultural sensibilities and all that fun stuff.
No, instead I speak of our overall approach to this school of film — more of a juvenile and giggly child’s way of viewing the act of physical expression — at present. These films are woefully terrible, and almost deliberately so (you can almost hear the sniggers and guffaws of the “bold” makers); the most they tend to achieve is being accepted into the ‘so-bad-they’re-good’ class of movies. 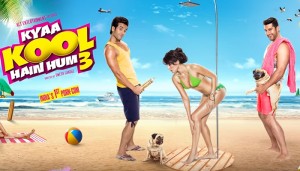 Aside from the borderline-sickening way they portray women, as little more than flashy sex objects, the real issue here is the clear intent of the filmmakers. They very consciously capitalise on the sleaze value, putting minimal focus on the story, plot or characters. This is not film making; it is pure and outright selling. They essentially do the bare minimum required for it to constitute as a movie with some excuse for a plot, whilst mainly focusing on the crass sexual content and raunchy scenes, because they know that’s all that is required to prey on the average Indian male’s suppressed hormones and see the box office numbers fly in. 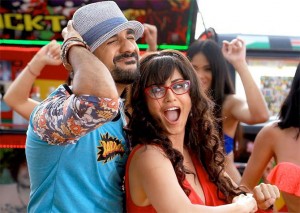 The most unfortunate part is that is these films need not be so distasteful and silly, and this constant barrage of regressive nonsense gives a bad name to what should otherwise be a respectable and exciting genre. None of them understand the importance of body language; they just go after unrealistic body parts, and you can almost imagine the male directors sitting back at the end of a day’s shoot and cackling loudly over rum and peanuts about the sheer crudeness of their “unpretentious” footage.

Ironically, these kinds of movies are making most of us actually desperate for a good — or remotely acceptable — sex comedy. The makers behind such films often argue that they are panned by critics because their ‘sanskari mindset’ won’t allow them to stomach any such content. But as many critics and chunks of sane-minded viewers will tell you, they have no issue with sexual content; the reality is these films are just hopelessly grating, and they would be readily enthusiastic about watching an ‘adult’ film that tried to be more than a convoluted cleavage show. Most of these ham-fests are glorified crew vacations — a heartbeat away from being a those retro pizza-boy, secretary-boss role-play pornos pretending to revolve around campy scenarios.

However all is not lost, as you do get some rare gems that fall through the cracks — like the 2015 Hunterr, a refreshing and smart coming-of-age (pun almost intended) sex comedy made for more than just an entertaining ride. The upcoming Brahman Naman from director Quashiq Mukherjee (“Q”) indicates a similarly more sensible and whacky real-life take on the same. 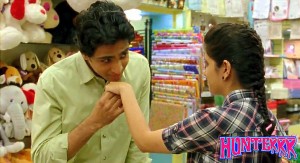 Then there is the social aspect, following the view that making progressive, intelligent films on topics like sex can do a lot to encourage conversations in an area that is hypocritically banned in our society. I can say with much confidence that it is unlikely that Mastizaade will encourage any form of mature conversation around dinner tables anytime in the near future.

It almost feels like an untapped genre that needs to be explored, as adult-themed films can be a great deal of fun to watch if they are approached in a mature way, and integrated with a larger plot, rather than using (willing) women as eye candy as the focal point of the film. As of now, this sounds like more of a wistful wish than a hopeful reality, given that the Great Grand Masti trailer is tearing up screens world-wide, ready to unleash perpetual-sms-joke-cracker (and screenwriter) Milap Zaveri back on us this year.
This writer, meanwhile, certainly hopes to see a change, and perhaps an audience driven one, where people don’t flock to cinema halls because of a provocative poster or trailer, but rather assess these films by content, not cup size. Or indeed a change from the makers to consciously choose to make a complete movie rather than a titillating series of most un-sexy images aimed at making a quick buck.