A Comparison of Film Certification Boards.

As someone who quite recently released a film globally and dealt with the Censor boards of the US, Canada, UK and India, I can state on two main grounds what it was like dealing with the Indian Censor Board as compared to the others.

Logistically and technically, the US is the easiest to deal with. Certification is not mandatory. You can go for a “non-rated” film and release it just as well, or use the certification obtained from any other country which exhibits films (as in India, Canada, UK, etc) and use that certificate to open the film. There are no certification charges as such.

Canada is a notch more complicated but not so much. Certification is a distinct process for every province (State), but it is essentially the same, you submit an online form, submit the fees (online), send in the DVD and they will allocate a date and time to you when their Censor Board will view the film and promptly after the viewing, the rating and the justification will be put up on a website for all to see (consumers and producers).

UK mirrors Canada, except it probably takes a week longer, but there is one national certification. My film got a PG-13 (U/A) rating is most places and the reason given was “violence.” (there are some scenes of the protagonist defending herself with Judo).

Now we come to India. Firstly the instructions on the website are far from clear and a telephone rarely gets answered, and a question rarely gets answered telephonically. Every genuine well wisher advised us to appoint an agent. Rs 60,000 later we did. The wish list of the board was almost as big as the list for making the film: the shooting script, character descriptions, About the Producers, etc and finally, of course, the multiple DVDs. No date was allocated but a three-month waiting period, it was communicated to us that due to some internal strife, no films were being put through the Censor process. Then viola! A date was set for the screening and a week later we got our certification – a ‘U’ rating with no cuts. The entire process from initial inquiry to obtaining the certificate took approximately 6 months and not once was there a direct communication from the Board.

The second experience we have heard from fellow independent producers, although, have not been subject to it ourselves by the Censor Board, is the process of “conscious keepers of the nation.” Never in a democratic set up, and I have lived in Canada/US/UK, have I heard of a film either being banned from release or being subject to as many cuts, despite an “A” certificate verdict. The closest that I saw was when The Da Vinci Code was almost banned and Madras Café was banned in Ontario (Toronto) Canada, as the protests by the Sri Lanka Tamils, which formed a significant local population, grew wider and more boisterous. Here in India, the Censor Board has single handedly decimated careers by banning movies like Anurag Kashyap’s first film Paanch and almost banning his second, Black Friday.

Ban apart, the arbitrary nature of cuts recommended by the Censor Board shows a high handed and lack of accountability by the very body that demands it, of its members. What is ironical is that it is not as if the social and moral standards have increased in the nation as a result of the “increased moral policing.” In fact, the instances of rape and molestation have exponentially increased over these years. Also, what is even more ironical is that the so-called heads of the Censor Board, of late, have been former industry members who were known to make very commercial and crass films in their times.

The bottom line is that with the prevalence of the internet, global travel and general awareness being at an all-time high, the Indian viewing public will see what they have to see and when they have to see, censors or gatekeepers or not! The faster the Board starts to act like a facilitator, as opposed to acting like a cop, the faster the Indian movie industry will chug along. And boy, do we need some chugging. 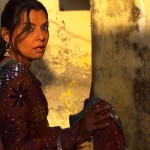