The Death Of Darkness

An unforgettable, booming line from an iconic villain, and arguably amongst the most immortal pieces of dialogue in Indian cinema. Amrish Puri will forever be its face, and appropriately so, considering he consistently dragged the weight of mainstream villainy for more than two decades — from his perverse Rana ji acts in Koyla and Karan Arjun, to his less conspicuous “corporate” father baddies in Taal and Yaadein, to his dirty politician avatar in Nayak and Ghayal. 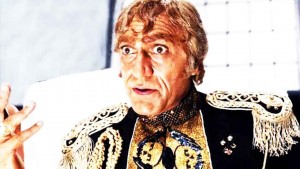 That was a different time in the evolution of the Hindi film industry, with many calling it the ‘era of the villain’, fuelled by writers like Salim-Javed who gave us legends like Gabbar Singh (Sholay) and Mogambo (Mr. India). It was a time when commercial cinema relied on the core formula of three key cornerstones — of hero, villain and heroine. Obviously, our cinema has evolved a great deal since then, and we are slowly but surely diversifying into new territories, formats and genres. But if one looks closely, contemporary hard-core mainstream cinema still deals with similar themes of good guy v/s bad guy, and most of those very bad guys — the caricatures, the amalgamation of every evil cliche ever — still seem to be severely dated and stuck in the past. Not surprisingly, for some reason, even today, our mainstream movies still haven’t been able to crack a half-decent villain as the norm.

I’ve seen this in film after film, when it comes to our mostly-mediocre massy popcorn flicks, with most villains being made up of different versions and combinations of the same laughable key traits: Dark man, in emotion, history and in skin colour, because LOL subtlety. He’s either an unhinged-crazy-hyena like character that kills people in a fit of rage as we are reminded through relentless peals of throaty, screechy screams of ambiguous insanity. This, I assume is to induce fear in the audience, but often just leads to mass meme-creation instead and unintentional parodies.

Alternatively, the other breed of villain we see is the calm-collected-cold-calculating man, often with sunglasses and a quiet voice. And then you add to that the very essence of the absurd modern villain, the maniacal evil laugh.

Yes, it’s 2016 and the typical baddie in potboilers today still does the evil laugh. The examples from this year alone are many, with films like the disastrous Rocky Handsome, which offered up many bad guys of the aforementioned hyena variety, with director Nishikant Kamath choosing to play the lead antagonist himself. The reasons as to why still baffle me. 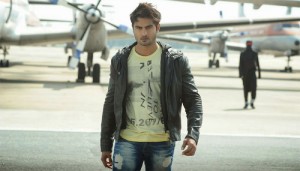 More recently the painful Baaghi offered something marginally better in its adversary with actor Sudheer Babu’s Raghav, who was at least somewhat menacing. He almost made it the entire film without resorting to an evil laugh, but unfortunately slipped up in the final scene. Similarly, last year’s Jazbaa, which was actually pitched as a crime thriller rather than a commercial potboiler, served up a similar caricature of a villain played by Chandan Roy Sanyal, who came locked and loaded with a whole host of character traits more cartoonish than threatening. I’d also include Kay Kay Menon’s performance as the lead baddy in last year’s Singh Is Bliing, but I’d rather not go into the details of that one, for the sake of civilisation and general peace.

These are but a handful of the painfully disappointing examples from the last few years alone, as a result of lazy writing, and a lack of any kind of originality or imagination. However, I guess we can take some solace in the diversity in faces, given that in the years preceding these, the majority of negative roles in ‘massy entertainers’, were played almost exclusively by that man Prakash Raj.

The fact of the matter is that the majority of antagonists in mainstream entertainers are at best of the so-bad-they’re-good variety, and for some reason they still today tend to default to Disney cartoons more than formidable opponents. That in itself may be an exaggeration given that even villains from animated films can be iconic in their own right. (Scar from ‘The Lion King’ gave me nightmares for weeks)

There have been notable exceptions over the years.When a young, raw Shah Rukh Khan briefly took up the psycho-lover mantle in the early ’90s with Darr, Baazigar and Anjaam, the genre was quickly snuffed out in 1996 by similar B-movie flicks like Dastak (Sharad Kapoor) and Daraar (Arbaaz Khan). The Dhoom series, for example, is renowned for putting in more thought into its villains. John Abraham stood out as the cool dude (also, because his stone-face wasn’t entirely intentional) in the first one, Hrithik Roshan shape-shifted in the second one, and a hamming Aamir Khan almost crashed in the third, but pulled through on star power. Similarly, Sonu Sood in Dabang and Nawaazuddin Siddiqui in Kick (where he made hamming more of a self-depreciating, cheeky art instead of an unintended side effect) made for engaging adversaries. Sriram Raghavan’s brutal Badlapur, which subversed the very idea of revenge, and bravely blurred the lines between conventional villainy and unconventional heroism, also hit home with a haunting bad-to-good “murderer” Nawaz, and a good-to-obsessive “hunk” Varun Dhawan. 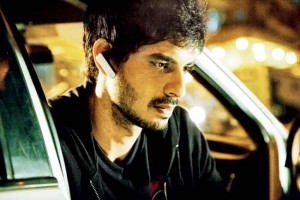 Personally, the last truly memorable villainous character I saw was in Mardaani, with young Tahir Bhasin’s debut performance. He hasn’t appeared in a film since (except for YRF’s short-series, Love Shots). His was a wonderfully despicable character in all his opportunistic malice, whilst maintaining a certain authenticity, and not crossing the line into over-the-top-filmy territory. His casual hoodie-and-sneaker ways, effortless bluetooth suaveness and smooth, urban dialect only added to the sheer cold “normality” of his avatar — where he operates as a regular Delhi everyman, capable of dastardly darkness behind closed shady doors. Detective Byomkesh Bakshi’s Dr. Guha (Neeraj Kabi) is also worth a mention for the eerie impact he had, right till that final sequence where he chose to go end-of-the-world-laugh on us.

But again, these are the rare exceptions. What I fail to understand is why must the quality of a non-absurd leading character be an exception and not the norm? The most memorable ones over the last decade have been the hamming bad baddies for all the wrong reasons, not the quality ones that genuinely leave an impact with understated, studied and instinctive performances.

You would hope that commercial filmmakers would learn the simple fact, that a good villain can make or break a film, as Mardaani clearly proved. Or indeed, do something to salvage it as in the case of formula films like Kick. So the question remains: Will we ever have an era of villains again? I wouldn’t even think of asking for iconic legends; for now, anything above laughable and forgettable would do just fine. That would be a start, or, in fact, a long due restart.