San Andreas, a typically formulaic American actioner that dares to utilize Dwayne ‘The Rock’ Johnson as a solo hero, came just a few weeks after Mad Max: Fury Road in 2015—which, in my humble opinion, is the most pitch-perfect, synchronized and harmonious display of (action) filmmaking since, well, the little-known and criminally underrated Jet Li-starrer Unleashed a.k.a Danny The Dog.

Mentioning these three movies in one sentence is entirely intentional.

Mad Max redefines the language with its old-school technique, simple (but not simplistic — the anti ‘Rocky Handsome’ of sorts) writing and relentless pace (literally, those ghastly vehicles ate dirt at 70 mph) in an era that misreads action as an expensive, explosive visual package. ‘Dawn Of Justice’, the much-awaited Batman v/s Superman showdown in the DC universe, stands for everything Mad Max doesn’t. Which is why, sadly, it’s no surprise that Zack Snyder’s obscenely blinding interpretation of thrills is raking in the dollars.
There’s a reason directors yell ‘Action’ on their sets to put a shot into motion. ‘Let something happen’ is a rough translation, preferably something less artificial, credible and half-believable. But greater action seems to take place in erotic dramas and dramatic biopics lately. This is perhaps because there’s nothing breathtaking left to create; we’ve seen all kinds of outer space, aliens and futuristic/post-apocalyptic/period worlds by now. As the disastrously conceived ‘Pride And Prejudice And Zombies’ proved, there really is no uglier union than that of dry history and horror/action. If you look closely, even the creatures, abominations and their planets have begun to resemble each other.
The point is to convince viewers that there’s action, in its most old-fashioned avatar, left in their own universe. Simply put—things happening. They don’t need to be big and breathing fire or ice. Instead, VFX set pieces and annoyingly self-aware superheroes populate a landscape that has long forgotten the relevance of Action as a verb. 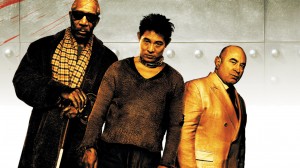 Unleashed, meanwhile, is a surprising kick to the gut for those expecting yet another dull monochromatic Jet Li hand-combat instructional.
Back in 2005, Batman hadn’t yet begun again, while LOTR was as fantastical as it got. Also, with Morgan Freeman as a blind teacher and Bob Hoskins as a brutal British mob boss, what’s not to love?

I remember jumping into the nearest air-conditioned cinema hall to escape the harsh Indian summer, accidentally discovering two things: Unleashed is ‘underdog’ in the most literal sense (Li plays a trained human ‘dog’ to his master mob boss), and Jet Li can act…especially when he isn’t required to speak. There’s no irony lost here. As a human reduced to a most primal form of existing, Li is quite a revelation. 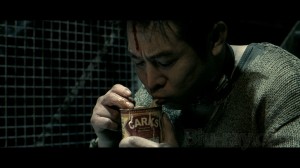 I wish I could say the same about Mr. Johnson though.

These filmmakers, no doubt blessed with vision and an ability to fuse complicated action frames in their minds, seem to exhaust all their vision within a sequence—while orchestrating fantastical set pieces, crashes and other impacts against giant green screens.
This is an art on its own, one that is connected deeply to commerce and man-management. Mangled cities are fun to watch for the first ten minutes, and mangled humans are more fun to watch because you simply don’t care for them.
Let them die. Character arcs, what?
Some of them, invariably the stepfather/mother’s boyfriend (San Andreas & 2012), are destined to die. From the first frame, their cowardly faces do the trick. Third wheels like them dare not survive. They’re convoluted jerks who don’t deserve a place in cinematic heaven, despite repairing a broken family.

However, I enjoyed the sheer scale of 2012, as well as the corn and cheese of Deep Impact and Armageddon (can’t distinguish between the two, even today). Volcano and Dante’s Peak are similar retro examples—audacious and created solely to shock and entertain. Don’t expect lava or deformed winged monsters rolling down the streets of Delhi and Mumbai anytime soon. The horrific May heat takes care of that. 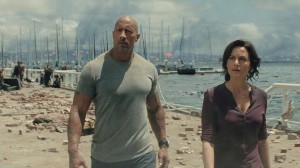 San Andreas is everything you’d expect from a world-is-ending-only-in-America natural-disaster movie.

The elements and money, you can smell a decade away: An old but freakishly built action star (Johnson), a relatively famous genre-specific actress (Carla Gugino), a freakishly attractive daughter who is way older than she lets on in the movie (Daddario; who could play Johnson’s love interest in a post-modern French art-house drama), a fresh male face with a British accent…and of course, San Francisco.
Manhattan is passé.
Perhaps because there’s something insanely metaphorical about watching LA’s ‘Hollywood’ sign drop off, letter by painful letter, from the cliff. Also, its snaking slopes allow filmmakers to create money shots of land rippling, as repeatedly shown from helicopter angles. 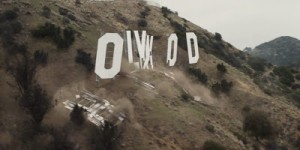 This isn’t madly original. But add another dimension to it (3D), and you can wait for stray shrapnel to make you duck and weave.Johnson plays a helicopter rescue pilot—an all-in-one soldier who would put Bond to shame. He can fly helicopters, rock a speedboat, fry an egg on his beautiful bald head, hold his breath underwater during a tsunami, and most importantly, sky dive. I suspect the sky-dive part exists only so that he could parachute into a baseball stadium with his ex-wife and rock the old “been a while since I’ve taken you to second base” pun.
Like Bond, he even has a troubled past to boast of. He expresses a tragic backstory at various inconvenient points during his journey across the cracking San Andreas Fault. Most action stars go existential on us with facial expressions that are mere extensions of their bulging muscles. The closest Johnson has come to emoting in his movie career is surprisingly in Michael Bay’s strangely low-budget Pain And Gain, where he plays a bumbling wide-eyed body builder/crook. His performance as an ex-football star and agent Spencer Strassmore in the TV series Ballers is not bad either.There’s also the mandatory gravitas-bringing actor (Paul Giamatti), a necessary element of greatness in a cast full of shattered windows and glorified extras. The sole purpose of his existence is to play the voice of doom—in this case, a Caltech seismologist who discovers how to predict earthquakes precisely two minutes before they actually occur. Everyone’s pretty dead by then. A redundant character really, but his anguished and heavy face (one I’ve gotten too used to, in the TV series Billions) is used repeatedly to track in to prior to the quakes. He also exists to attract and manipulate the more serious moviegoers; the way Gary Oldman suckered everyone into Dawn of The Planet Of The Apes only for them to discover Jason Clarke and Keri Russell’s abundant screen time. Or closer to home, Ranbir Kapoor’s blink-and-miss role in Roy. 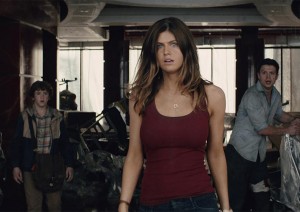 Like Roy, even San Andreas is named after its lead character—a bunch of twisted metallic frames, concrete blocks and sturdy structures struggling to emote during a breakdown. And it isn’t even his fault.

‘Epic’ is a word that has rapidly achieved overkill. ‘Action’ could be that word soon, unless a Fury Road comes along again.

It took more than 10 years from storyboarding to development to execution, but if director George Miller’s age (71) is anything to go by (it shouldn’t be—just look at what he conceived), the next instalment could arrive much sooner.