An anonymous writer – one who is extremely well versed with the ‘Bollywood’ music (and song-and-dance) scene – has decided to rant his/her heart out about…you guessed it (or did you?), the worst Hindi movie albums of 2015.

We’ve seen plenty of lists waxing eloquent about the best, the most unconventional, best-5-on-a-non-Eid-between-Diwali-and-Christmas, the quirkiest, best-13-not-part-of-a-Khan-movie, top-6-that-weren’t-festive-but-celebratory-enough and the works, but very few have bothered to call these lazy musicians and artists (not for these movies, though) out on their abominable bluff.
Here’s some of the year’s worst musical presentations in 2015 by people who want us to believe they were serious when they composed this: 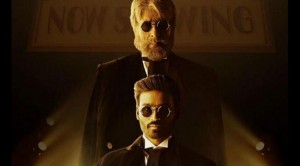 1. SHAMITABH
Music Director: Illaiyaraaja
It is perversely amazing to come across film music albums like Shamitabh – because it restores faith in the tragic fact that there are still some people who live in the cacophonous 80s, ignore the entire point of music in movies and life, take their audiences for granted and, as for listeners? Well, who cares about them anyway, right? “LOOK, WE GOT AB!”  In what is probably the worst album by the inventor of music itself (the jury is missing, because it was out for too long on this), Shamitabh remains a glowing example of the time-abused, perpetual Indian movie illness: “We got money, we got names, WE can’t go wrong, but listeners can go wrong” maxim. Music to a producer’s ears, and nothing but hollow noise to ours. 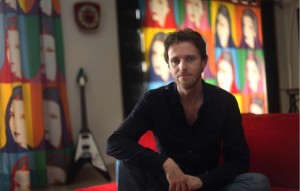 2. MIKEY MCCLEARY Remixes for ‘BOMBAY VELVET’
If someone can convince you to go on to the *that* network, she/he has to be good, isn’t it? Mikey could possibly do no wrong, until he decided to try his restless hands at remixing the otherwise non-harmful songs of Anurag Kashyap’s Bombay Velvet. There was absolutely no need to push it too far. Fair to say, his remixes got the same treatment those pesky little Youtube advertisements get – Skipped it! 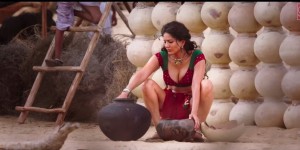 3. EK PAHELI LEELA
Music Directors: Too Many
I’m pretty sure most unfortunate film critics remember this movie, but its music is something that has been completely overlooked because of how ghastly the overall film was. Of course you all hear songs from talented neighboring countries, but will never accept it – more so if you are on ‘creative’ side yourself. This time, our Jai-Mata-Di people went a step further. They imported the singer, gave him a fantastic film to ‘remodel’ his song for, and tortured every human being born with a cochlea and a faint sense of hearing (or smell and sight too). Some of us are still in shock and are posting blogs about year-end duds. Saiyyaan Superstar and Glamorous Ankhiyaan, it seems. 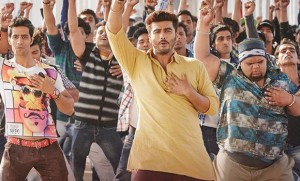 Bhai is Music/Music is Bhai

4. MAIN TOH SUPERMAN (TEVAR)
Music Directors (?): Sajid-Wajid
When the ‘Tu jaanta hai mera bhai kaun hai?’ musical duo got a chance to elevate – wait for it – Arjun Kapoor to a Superman in the blindingly mainstream ‘Tevar’, their phenomenal lyricist could find only the unmelodious melody of ‘maa behen’ to rhyme with it. I suppose this is an acquired taste of sorts? I rest my case, hoping the lyricist doesn’t track me down to kick my <insert Sajid-Wajid lyrical term rhyming with case> 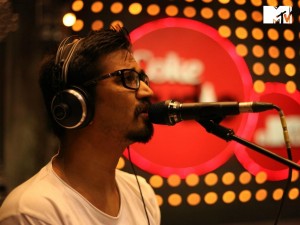 5. COKE STUDIO, Amit Trivedi:
Whoever provided this idea to the music director of ‘Udaan’ and then some more expensive Udaans to come up with a music video of Coke Studio at Mtv needs to be force-fed some coke and then fed some more Mtv. As if the idea of Coke Studio concerts (really?) wasn’t stupid enough, they went ahead and made a grand total of two plastic music videos, because, well, look how many clicks/hits we got. Song? Oh come on, who needs to focus on songs when “bulleh shah mere ghar aaya and kass ke mujhko galey lagaya” apparently. I just vomited, red. 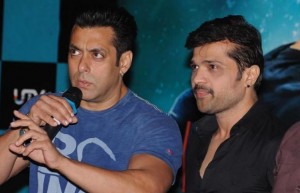 No Prem, Only Gain

6. PREM RATAN DHAN PAYO
Music Director: HR
Thoda bhujia-wujiya lete chalein, thodi music-wusic dete chalein. This album will forever be remembered for having a song by Himmesh Reshamaiyya, wherein he appears to be singing while going through a very tough and unmentionable medical examination. Yes, that song (out of the 10 that felt like 54, in a 180-minute movie that felt like 4300. Okay, just kidding, this ornate joint-familyisque album won’t be remembered even for that. 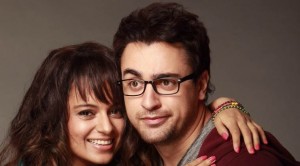 7. KATTI BATTI
Music Director: Shankar-Ehsaan-Loy
Look at it this way: This is the album that perhaps has given the most important factor to Shankar-Ehsaan-Loy: their lowest point. I hope and pray, for the sake of everyone who can’t distinguish their music template from one film to another, that they don’t go below this. I don’t think it’s humanly possible, though. I can’t fathom why albums like these aren’t killed at the conception stage itself. But then, for that, even these movies – carriers of mediocrity and glorified economics – need to be destroyed before they manifest themselves in form of a stupid idea in someone’s head too. Utter and pure torture, this one. 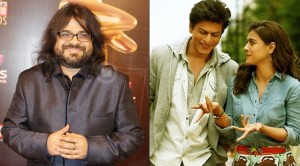 8. DILWALE
Music Director: Pritam
HOW DARE YOU THINK WE WOULD CARE ABOUT MUSIC WHEN OUR DIRECTOR DOESN’T CARE ABOUT CRITICS? (But can always be seen mentioning ‘critics’ twice in every sentence in every interview). If filter-wala videos didn’t exist, people wouldn’t have even bothered about the music of the film. Being operated upon for appendix without anesthesia would have been far more pleasurable than listening to this album.

Needless to mention, the identity of this brave blogger – who continues to risk permanent tone deafness and noise pollution – will be kept a secret, at least until the next deplorable album comes out.

Lastly – an important, impassioned and eloquent piece of advice by our inimitable Music Vigilante:
Beware of the light at the end of tunnel. It could be a megalomaniac with big names who is ready to cut another album that’d make you wish for a pleasant herpes bout instead of listening to trash served in purple paper.